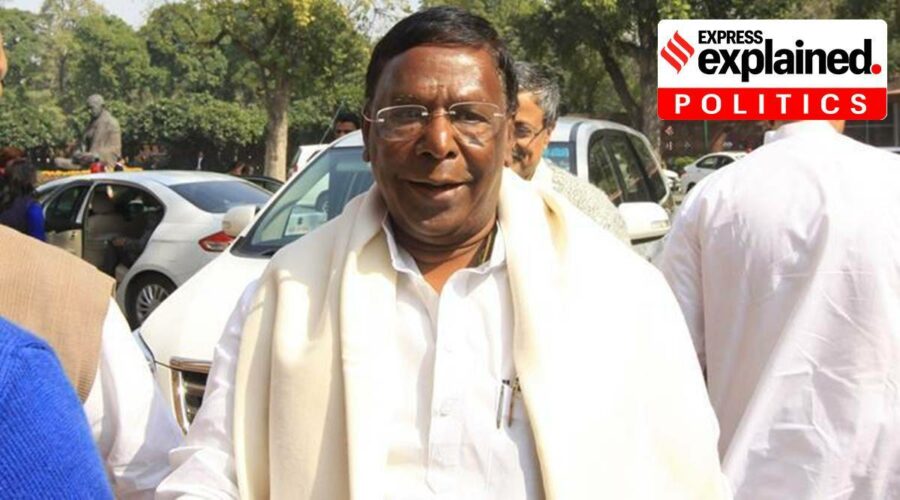 As Chief Minister V Narayanasamy faces a confidence motion in the House today, contributing to his likely defeat will be the votes of three nominated MLAs who owe allegiance to the BJP. How did Puducherry come to have nominated members in its Assembly? What has the Supreme Court said in this matter earlier? 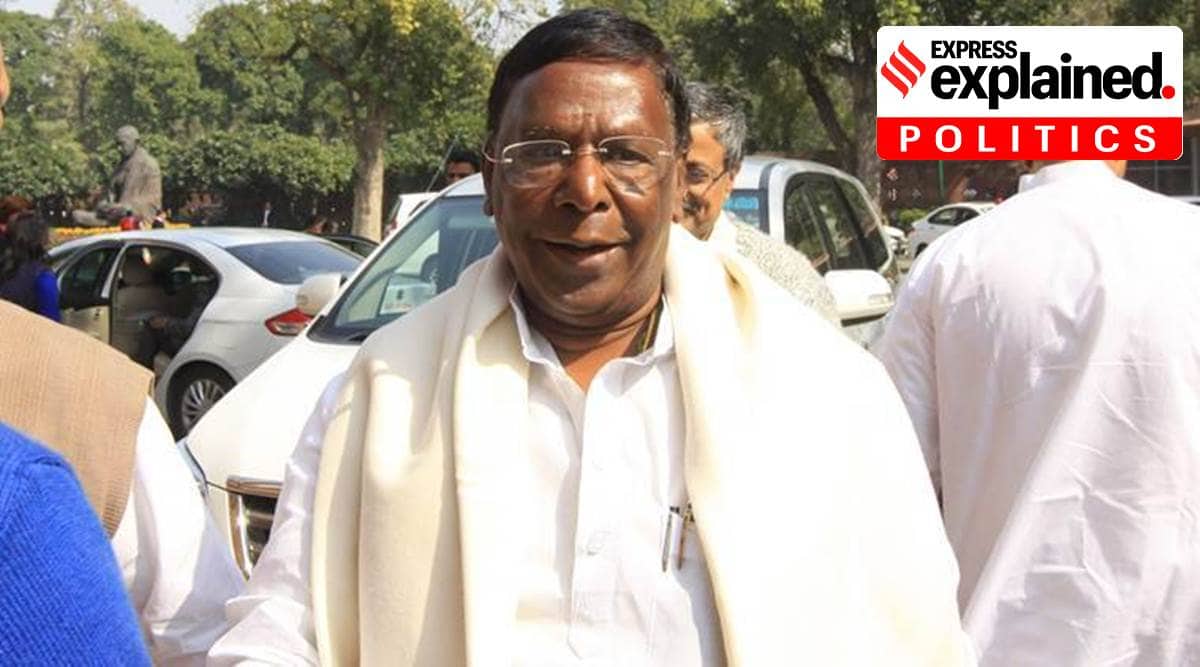 Puducherry Lt Governor Tamilisai Soundararajan has asked Chief Minister V Narayanasamy to prove his government’s majority in the Vidhan Sabha. According to her direction, the House will meet on Monday, and the only agenda before it will be the confidence vote.

The L-G has also directed that votes will be counted by a show of hands, and the entire proceedings of the Assembly will be recorded.

The Congress-DMK government has lost majority in the House. Six MLAs of the ruling alliance have resigned from the Vidhan Sabha over the last month, including two on Sunday, the eve of the trust vote.

The strength of the Legislative Assembly is 33, including 30 elected MLAs and three MLAs nominated by the central government.

In the 2016 Assembly elections, the Congress had won 15 seats. One MLA was disqualified by the party last year under the anti-defection law. Another five have resigned, including one who quit on Sunday.

The Congress is supported in the Assembly by the DMK. The latter had three MLAs, but on Sunday, one of these MLAs resigned.

As of late Sunday evening, the ruling coalition had the support of 12 MLAs — 9 of the Congress, 2 of the DMK, and one Independent. Going into the trust vote, following the six resignations and one disqualification, the effective strength of the Puducherry Assembly is 26.

The principal opposition party, the All India N R Congress, had won 8 seats in the 2016 elections. In 2019, one of its MLAs was disqualified after being convicted in a disproportionate assets case, and this seat was subsequently wrested by the DMK.

The N R Congress has the AIADMK as its ally, which has 4 MLAs. In 2018, the central government nominated 3 MLAs, who were BJP functionaries, to the Legislative Assembly.

In the House of 26 currently, the government has 12 MLAs — one short of the halfway mark. This includes the Speaker, a Congress MLA — but he cannot vote unless there is a tie.

The opposition has 14 MLAs — 7 from N R Congress, 4 from the AIADMK, and 3 nominated MLAs. Chief Minister Narayanasamy contends that the nominated MLAs do not have the power to vote in a confidence motion.

When the Constitution was made, the states were categorised into those in Parts A, B, C, and D. Parts C and D states were merged into Union Territories with the reorganisation of states in 1956. The UTs were administered directly by the central government. Subsequently, a committee was appointed under then Law Minister Asoke Kumar Sen to give recommendations on granting more powers to the UTs.

In 1962, after the signing of a treaty with France, the territories of Pondicherry, Karaikal, Mahe, and Yanam became part of the Indian Union. In the same year, then Home Minister Lal Bahadur Shastri introduced a Constitution Amendment Bill in Parliament, which grouped these territories into the Union Territory of Pondicherry, and also inserted a new Article 239A into the Constitution.

The proposal faced resistance in Lok Sabha. Hari Vishnu Kamath, a Janata Party member from Hoshangabad, who had been a member of the Constituent Assembly, the provisional and first Parliament, moved an amendment to the Home Minister’s proposal, opposing the idea of a wholly nominated legislature.

Shastri accepted his suggestion — and Article 239A provided that the legislature created for Union Territories could be either fully elected, or part nominated and part elected.

In December 2018, a three-judge Bench of the apex court held that no consultation with the Puducherry government was required before nominating members. (K Lakshminarayanan v. Union of India and Anr, 2018)

The Court also considered whether the nominated members had the power to vote on the Budget and on the no-confidence motion against the government. It held that the 1963 law did not distinguish between elected and nominated MLAs – so, they enjoyed voting powers at par with elected MLAs, and were empowered to vote in no-confidence motions.

02/22/2021 India Comments Off on Explained: The trust vote in Puducherry
TV & Movies