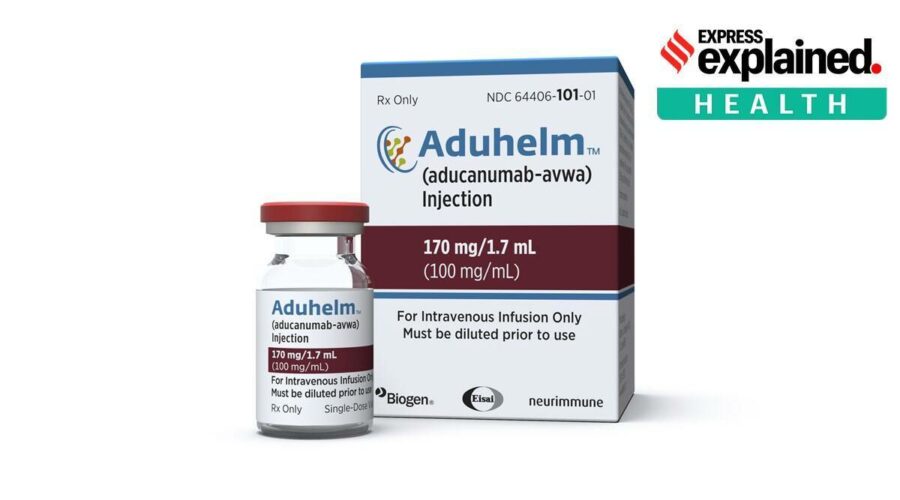 USFDA has approved the first new drug for Alzheimer’s disease in two decades. While it raises hope, it’s costly, and not a cure — it seeks to slow progression. Dementia, including Alzheimer’s, affects 1 in 27 Indians above 60 years. 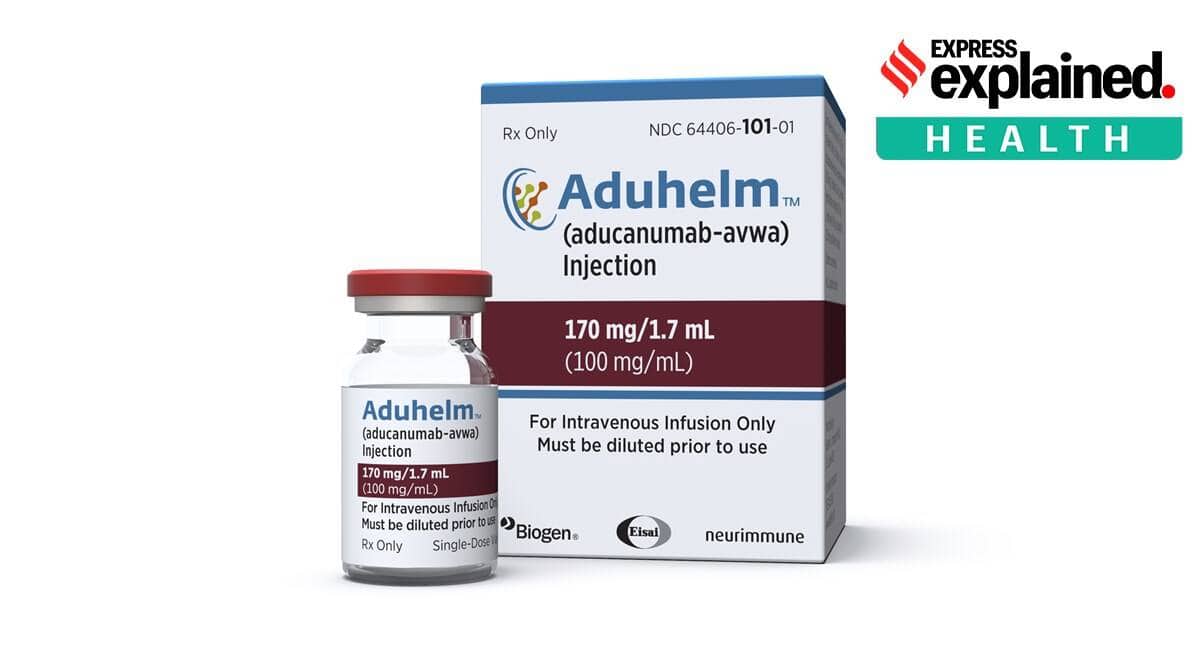 A new drug for treatment of Alzheimer’s disease holds promise, but comes with several caveats. For one thing, it is not a cure, but is aimed at slowing down cognitive decline.

Aducanumab, from the company Biogen, has been approved by the US Food and Drug Administration (FDA) — the first new medication for Alzheimer’s to get FDA approval in nearly two decades.

What is Alzheimer’s disease?

Dementia is an umbrella term for a range of conditions that involve a loss of cognitive functioning. Alzheimer’s dementia is the most common type and involves plaques and tangles forming in the brain. Forgetfulness and memory problems are often early symptoms, but as the illness progresses, patients tend to become confused, may lose their way around familiar places, and have difficulties with planning and completing simple tasks. Dr Rajas Deshpande, neurologist at Lilavati Hospital, Mumbai, said the disease is basically an accelerated ageing of certain neurons in the brain that are concerned with storage and processing of memory.

According to World Health Organization (WHO) estimates for 2017, dementia affects approximately 50 million people worldwide, a number that is projected to grow to 82 million by 2030. In India, it is estimated that 5.3 million people (1 in 27) above the age of 60 have dementia in 2020, according to the Dementia in India 2020 report published by the Alzheimer’s and Related Disorders Society of India. This is projected to rise to 7.6 million by 2030.

How does the new drug work?

The hallmark of Alzheimer’s disease is the accumulation of the debris caused by the breakdown of neurons in the brain, leading to plaque formation. The drug aducanumab, with brand name Aduhelm, is a monoclonal antibody that is designed to reduce the presence of amyloid beta, a protein that forms plaques in the brain.

Aduhelm (aducanumab) aims at altering the course of the disease by slowing the deterioration of brain function.

“The process of regaining memory has not been proven. What has been shown is that it reduces plaque formation,” Dr Deshpande said.

How expensive is it?

The company has said the average wholesale cost would be $56,000 (over Rs 40 lakh) per year. Experts, however, said it would not be before a year or two before the drug is available in India. “There are some hyped medicines and it could be possible that when tried on the ground they may not be useful. Still, we are in a desperate situation and hope the drug is useful,” Dr Deshpande said.

The drug is to be given as a monthly intravenous infusion. In clinical trials, some patients given the highest dose of the drug experienced brain swelling and had to be monitored. Headache is also a reported side effect of the drug.

How promising is it?

Since there is no treatment so far, the drug that can slow down the process holds much promise and is a ray of hope, said Dr Amit Dias, Assistant Professor, Department of Preventive Medicine, Goa Medical College, and a member of Alzheimer’s and Related Society of India. “The drugs we have so far only attempted to improve the function by acting at the level of neurotransmitters,” Dr Dias said.

Most doctors agree that the pathophysiology of Alzheimer’s disease has not been completely understood yet. Since this is a neuro-degenerative process, there is need for solid proof that something really works to halt it. Hence the process of drug discovery has been slow.

How much is known about its efficacy?

Despite not enough evidence, the drug was approved by the FDA under narrow clinical circumstances. The FDA has asked Biogen to conduct a new trial. It is for people with early-stage Alzheimer’s who have had a PET scan confirming the presence of beta-amyloid in their brain.

“It is a novel drug that is designed to slow the progression of Alzheimer’s and not a cure. Still, trial results are not convincing,” said Dr Manoj Hunnur, Mumbai-based neurologist.

“The development of this drug has been going on for several years with several trials having been conducted and a marginal benefit has been shown in terms of reducing the amyloid load in the early stages of the disease. It is to be noted that these trials were conducted on patients who were in the early stages of the disease,” a researcher from the Centre for Brain Research, Indian Institute of Science, Bengaluru told The Indian Express.

“No studies on this drug have been done in India. Considering the fact that the research on use of antibodies as a potential treatment for Alzheimer’s has been going on for nearly two decades, there are benefits and drawbacks. It remains to be seen how this drug performs in the phase 4 clinical trials that have been proposed.”

How is Alzheimer’s currently managed in India?

While there is slow but growing recognition that dementia is a major public health problem, doctors say there are low acceptance levels among families. “A lot of time is spent refuting the problem and taking multiple opinions till such time that the patient worsens and then is taken to the neurologist,” said Dr Deshpande.

Sometimes there is no sympathy about the patient not being able to remember anything and their condition is attributed to mental weakness or depression. Once diagnosed after ruling out treatable causes of memory loss, there are usually four types of medications, including blood thinners for vascular blockages, and memory enhancing medicines (which do not increase memory power) to increase conduction between neurons.

Some patients do not tolerate some drugs due to side effects, and these have to be given cautiously as a low dose. There are other medicines that may cause a change in pulse rate and have to be given carefully, Dr Deshpande said.

06/09/2021 India Comments Off on Explained: The new drug for Alzheimer’s disease
India