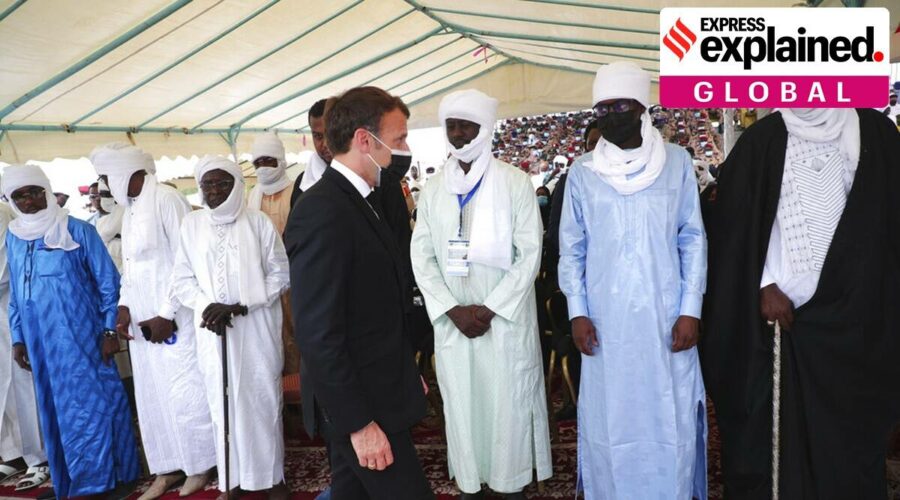 The former French colony is now prime outpost of the West in fighting Islmamist militants across the Sahel — the vast region between the Sahara and the Sudanian savanna. Last week Chad’s longest serving president Idriss Déby died of injuries sustained during clashes with the rebel group FACT (Front for Change and Concord in Chad) on the frontlines.

Soon after, Chad’s government and parliament were dissolved so that a military council led by Déby’s son, Mahamat Idriss Déby, can govern for the next 18 months. The move has been widely criticised, but the army is promising “free and democratic” elections once the transition period is over.

The former French colony is now prime outpost of the West in fighting Islmamist militants across the Sahel — the vast region between the Sahara and the Sudanian savanna. France still has a strong military presence in the region and had provided support to Déby in fighting political opponents and allies. France, however, has been looking to disengage from the region eversince the 2013 rebellion in the Central African Republic. With Déby’s death, this might not be an easy exit. On Friday, during Déby’s state funeral, French President Emmanuel Macron, the only Western head of state in attendance, sat next to the new head of state Mahamat Idriss Déby. France has defended the Chadian army’s takeover, and Macron called upon the military government to foster, “stability, inclusion, dialogue and democratic transition.” France’s motive is not to establish democracy, but just enough stability for it to pull out its troops in the region.

What is France’s military presence in the region?

The motive behind military operations in the Sahel countries is to fight Islamist groups, monitor political ambitions, and train future African leaders. Chad has been France’s most effective and stable Sahel ally in achieving these goals.

France says its objetive is to help Sahel nations maintain territorial integrity and prevent rise of Islamist groups that threaten France and the West.

France has provided tremendous military and intelligence support to Chad over the years, including when it deployed troops and fighter jets to push back a Libyan and Sudanese offensive. It continues to maintain military bases in Chad’s border cities as well.

Why does France want a way out?

France’s military presence in the region is quite high. Most Western nations who provide military support to France in the Sahel region are looking to cut back on their troops and military arsenal. This year Germany refused to send more troops for additional operations in the region. The United States, which has most of its troops in Africa stationed in Sahel, are looking to reduce numbers as well.

Since its inception, Operation Barkhane has become infamous for civilian deaths and regular armed attacks and mine explosions. Civilians in the Sahel region are growing hostile towards foreign troops who have failed to protect them.

Macron’s own popularity has taken a hit in France due to dozens of deaths of French soldiers and extremely high costs. An estimated 2 million people have been displaced and most are now coming to Europe to seek refuge.

Why has France been unable to exit?

France is aware that if it pulls out its troops, it would create a security vacuum and domestic troops and UN peacekeeping missions won’t be able to sustain operations and fight by themselves. Whatever France and its allies have achieved would be lost.

Fighting terrorism is becoming harder as the high levels of poverty, unemployment and population growth is making it easier for jihadists and Islamist groups to recruit more cadre.

Sahel nations, especially Chad, have been largely unwilling to invest in human development and solving the cross-border issues through diplomatic means. According to the International Crisis Group, Chad’s defense spending is at least 30% of its annual budget. During his 30 years of rule, Déby didn’t invest enough in building Chad’s society or economy and the nation currently stands at 187 out of 189 nations in the United Nations Human Development Index.

Déby remained autocratic throughout and severely curtailed personal freedom, cracked down on opponents and suppressed dissent. The new government led by his own son is likely to not be very different.

The strongest dissent Chad faces domestically is FACT, which has been rallying against the military handover and has vowed to continue hostilities. A FACT spokesperson told Reuters said they are planning to head to the capital, N’Djamena and have sent nearly 400-450 vehicles into Chad carrying thousands of soldiers.

The spokesperson added that FACT was not looking to take power, but establish democracy and improve social services. There are rising concerns about violence and destabilisation in Chad which can lead to potential humanitarian and refugee crises.

Macaron has said he will not tolerate any attack on Chad.

Nandini Mahajan is an intern with indianexpress.com

04/25/2021 India Comments Off on Explained: The crisis in Chad and why France is stuck in the Sahel nation
India