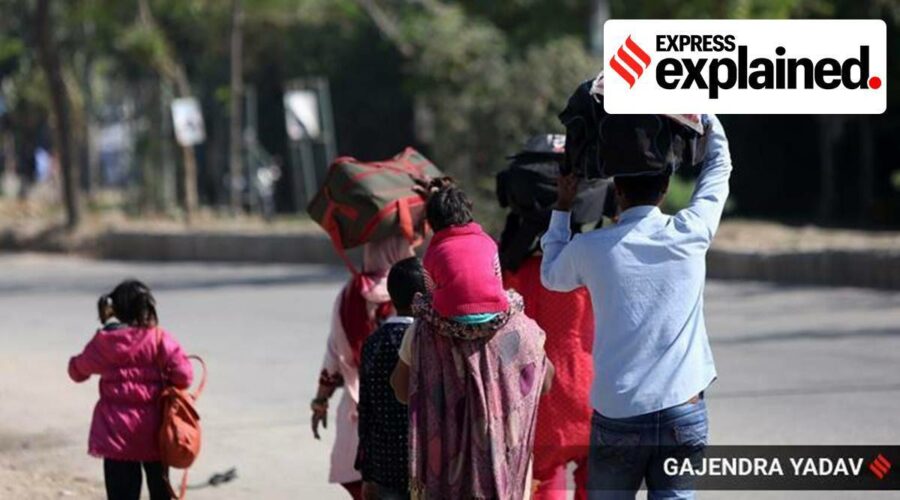 A NITI Aayog policy draft has proposed the contours of a national policy on migrant workers. Several key recommendations in the draft can be compared to a government working group report from 2017. 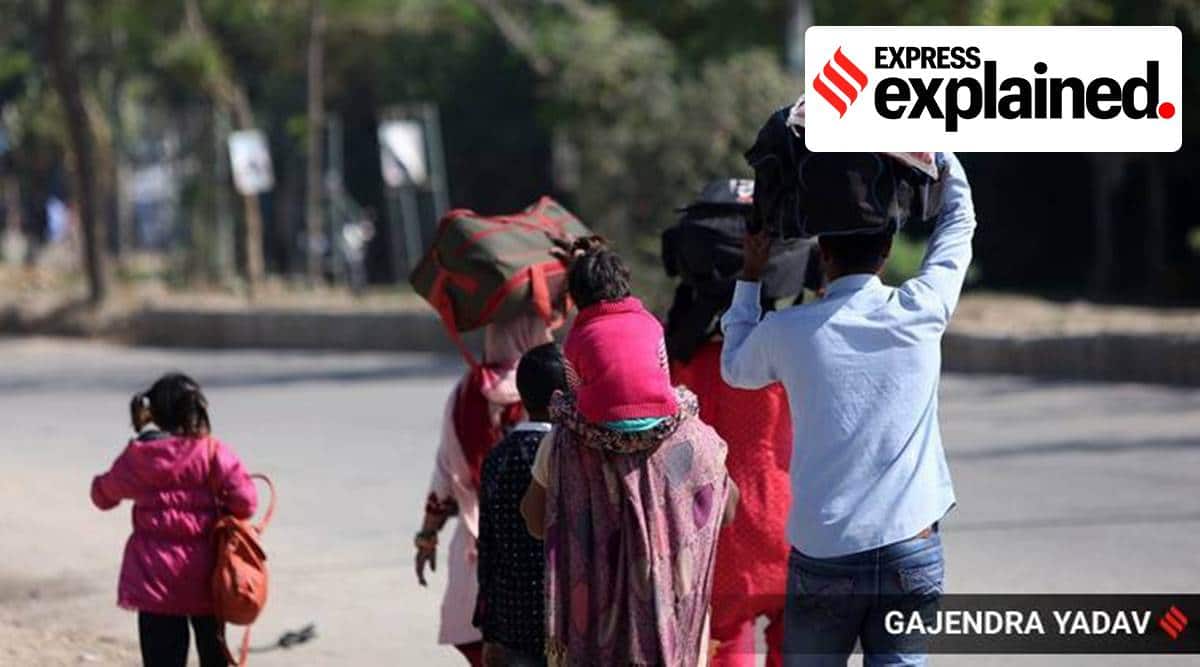 Spurred by the exodus of 10 million migrants (as per government estimates) from big cities during the Covid-19 lockdown, NITI Aayog, along with a working subgroup of officials and members of civil society, has prepared a draft national migrant labour policy.

The draft describes two approaches to policy design: one focussed on cash transfers, special quotas, and reservations; the other which “enhances the agency and capability of the community and thereby remove aspects that come in the way of an individual’s own natural ability to thrive”.

The policy rejects a handout approach, opting instead for a rights-based framework. It seeks “to remove restrictions on true agency and potential of the migrant workers”; the goal, it says, “should not be to provide temporary or permanent economic or social aids”, which is “a rather limited approach”.

Migration, the draft says, “should be acknowledged as an integral part of development”, and “government policies should not hinder but…seek to facilitate internal migration”. This compares with the approach taken in the Report of the Working Group on Migration, released in January 2017 by the then Ministry of Housing and Urban Poverty Alleviation. The report argued that the movement from agriculture to manufacturing and services was inherently linked to the success of migration in the country.

The 2017 report argued that specific protection legislation for migrant workers was unnecessary. “(Migrant workers) should be integrated with all workers…as part of an overarching framework that covers regular and contractual work,” it said.

The report discussed the limitations of The Inter State Migrant Workers Act, 1979, which was designed to protect labourers from exploitation by contractors by safeguarding their right to non-discriminatory wages, travel and displacement allowances, and suitable working conditions.

However, this law — which was modeled on a 1975 Odisha law — covered only labourers migrating through a contractor, and left out independent migrants.

The 2017 report questioned this approach, given the size of the country’s unorganised sector. It called for a comprehensive law for these workers, which would form the legal basis for an architecture of social protection. This was in line with the recommendations of a 2007 report by the National Commission for Enterprises in the Unorganised Sector under the Ministry of Micro, Small and Medium Enterprises.

The NITI Aayog’s policy draft too, mentions that the Ministry of Labour and Employment should amend the 1979 Act for “effective utilisation to protect migrants”.

The NITI draft lays down institutional mechanisms to coordinate between Ministries, states, and local departments to implement programmes for migrants. It identifies the Ministry of Labour and Employment as the nodal Ministry for implementation of policies, and asks it to create a special unit to help converge the activities of other Ministries. This unit would manage migration resource centres in high migration zones, a national labour Helpline, links of worker households to government schemes, and inter-state migration management bodies.

Migration focal points should be created in various Ministries, the draft suggests. On the inter-state migration management bodies, it says that labour departments of source and destination states along major migration corridors, should work together through the migrant worker cells. Labour officers from source states can be deputed to destinations – e.g., Bihar’s experiment to have a joint labour commissioner at Bihar Bhavan in New Delhi.

Even as it underlines the key role of migration in development, the draft recommends steps to stem migration; this is an important difference with the 2017 report. The draft asks source states to raise minimum wages to “bring major shift in local livelihood of tribals… (that) may result in stemming migration to some extent”.

The absence of community building organisations (CBO) and administrative staff in the source states has hindered access to development programmes, pushing tribals towards migration, the draft says. The “long term plan” for CBOs and panchayats should be to “alleviate distress migration policy initiatives” by aiming “for a more pro-poor development strategy in the sending areas…that can strengthen the livelihood base in these areas”.

Alongside the long-term goal, policies should “promote the role of panchayats to aid migrant workers” and integrate urban and rural policies to improve the conditions of migration. Panchayats should maintain a database of migrant workers, issue identity cards and pass books, and provide “migration management and governance” through training, placement, and social-security benefit assurance, the draft says.

The importance of data

Both the 2017 report and the new draft stress the need for credible data.

The draft calls for a central database to help employers “fill the gap between demand and supply” and ensure “maximum benefit of social welfare schemes”. It asks the Ministries and the Census office to be consistent with the definitions of migrants and subpopulations, capture seasonal and circular migrants, and incorporate migrant-specific variables in existing surveys.

Both documents see limited merit in Census data that comes only once a decade. The 2017 report called on the Registrar General of India to release migration data no more than a year after the initial tabulation, and to include sub-district level, village level, and caste data. It also asked the National Sample Survey Office to include questions related to migration in the periodic labour force survey, and to carry out a separate survey on migration.

The policy draft describes a lack of administrative capacity to handle issues of exploitation. State labour departments have little engagement with migration issues, and are in “halting human trafficking mode”, the draft says. “The local administration, given the usual constraints of manpower, is not in a position to monitor… (This) has become the breeding ground for middlemen to thrive on the situation and entrap migrants.”

The draft points to the legal support and registrations tracking potential exploitation in Nashik and certain blocks in Odisha; it also flags the poor supervision of migration trends by anti-trafficking units in Chhattisgarh and Jharkhand.

* The Ministry of Education should take measures under the Right to Education Act to mainstream migrant children’s education, to map migrant children, and to provide local-language teachers in migrant destinations.

* The Ministry of Housing and Urban Affairs should address issues of night shelters, short-stay homes, and seasonal accommodation for migrants in cities.

02/24/2021 India Comments Off on Explained: Outlines of a migrant policy
TV & Movies