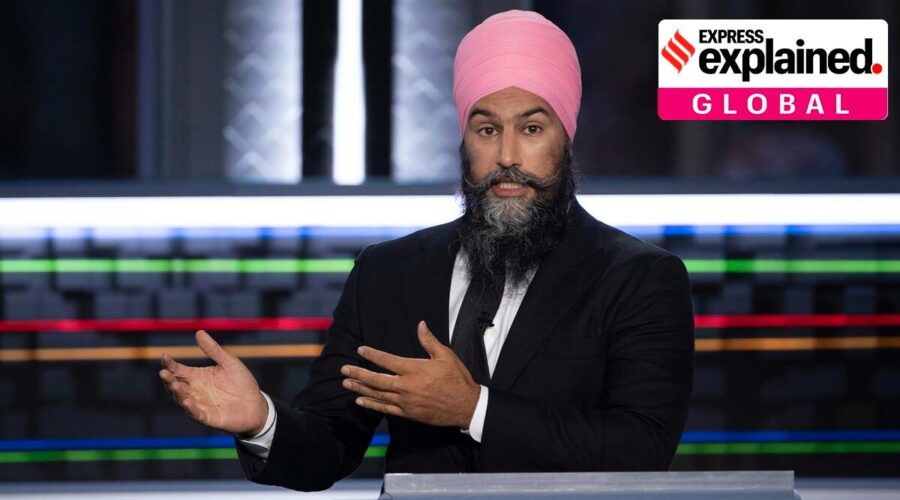 The left-wing NDP, led by Jagmeet Singh, has said that the party would stand by Trudeau's government on several social and environmental issues, but would keep pushing the government on progressive issues, including student-loan debt forgiveness and climate change. As result of Canada elections were declared, Indian-origin leader Jagmeet Singh has once again emerged as the kingmaker for Prime Minister Justin Trudeau’s Liberal Party.

While Trudeau won the general election for the third consecutive time, he failed to get a clear majority in Parliament, which means that he needs to accommodate the demands of current ally New Democrats (NDP) once again. The left-wing NDP, led by Singh, has said that the party would stand by Trudeau’s government on several social and environmental issues, but would keep pushing the government on progressive issues, including student-loan debt forgiveness and climate change.

How did Singh fare in this election?

Singh won from Burnaby South, a federal electoral district in the British Columbia province where over 70 per cent of population identifies as visible minority. The Guardian reported that Singh’s party as a whole picked up 25 seats overall. While this is far lower than their previously-held 44 seats, it puts them in a position to make-or-break the Liberal government which won only 158 of the required 170 seats. 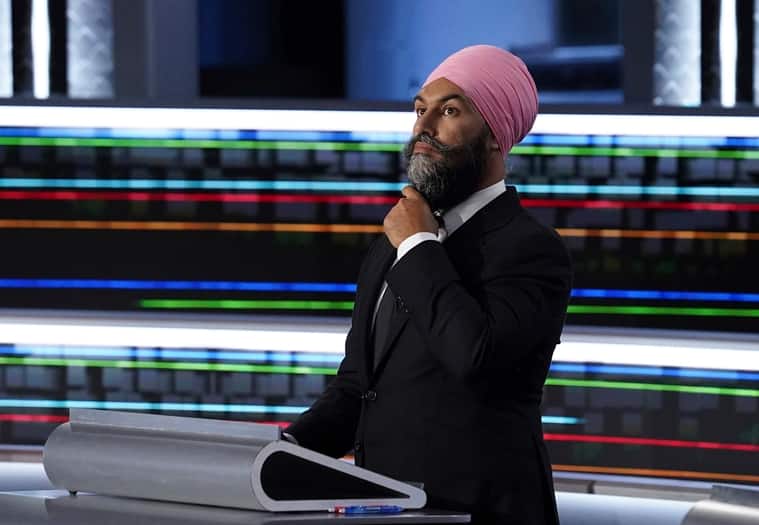 “We are going to continue fighting for you just the same way we fought for you during the pandemic,” Singh said, according to a report by Canada-based CTV news. “We are going to keep fighting to make sure the super-wealthy pay their fair share … so the burden doesn’t fall on you and your families.”

One of the prominent promises of Singh’s campaign was to tax the ultra-rich. He told CTV news that one of his priorities once the new government is formed would be to ensure that billionaires pay their fair share of the pandemic cost.

Throughout the election, the NDP had targeted the section of progressives who are dissatisfied with the two major parties. “I can say with confidence that the NDP is the only party that is committed to following through. Liberals and Conservatives have proven that unless you’re rich and powerful, they simply don’t care about you. We’re here for you – but we need you to vote,” reads one of Singh’s recent campaign posts on Twitter.

Who is Jagmeet Singh?

A former criminal lawyer, a progressive and social democrat — Singh juggles many identities in his public life. Born to Punjabi parents who immigrated to Canada, Singh first ran for office in the 2011 elections. He won from Brampton electoral district in 2011 general elections under the NDP ticket and soon became popular for both his progressive politics, charismatic personality and flamboyant dressing style. A practicing Sikh, the NDP leader wears a kirpan and bright turbans, both an uncommon sight in Canadian politics. He has repeatedly expressed his intention to run for Prime Minister’s office, though the current electoral performance of his party makes that a distant prospect.

Singh’s relationship with India, however, has been complicated. His pro-Khalistan stance and vocal support of Punjab’s right to self-determination has placed him in the center of controversies time and again. In the past, Singh has accused India of “initiating a genocidal campaign against the Sikh minority”. While in office, he had introduced a resolution in Ontario’s Assembly to describe the 1984 anti-Sikh riots as a “genocide” which was passed a year later with support from the Liberals.

Though Singh is one of the prominent Indian-origin faces in Canadian politics, he is hardly the only one. At least 16 MPs who trace their roots to India have made their mark in Canadian politics this round. This includes Harjit Sajjan, a policeman-turned-Minister of National Defence, Anita Anand, the sitting Minister of Public Services and Procurement, and Bardish Chagger, the Minister of Diversity and Inclusion and Youth in the current cabinet.

Two Indian-origins candidates of the Conservative party have retained their seats as well. They are Tim Uppal from Edmonton Mill Woods and Jasraj Singh Hallan from Calgary Forest Lawn seat, reported PTI.

09/22/2021 India Comments Off on Explained: Jagmeet Singh, the leader of NDP who holds key to Trudeau’s govt
India