According to a Popular Science report from 2013, cruise missiles “are fast-moving, guided bombs that soar at a very low trajectory, parallel to the ground". 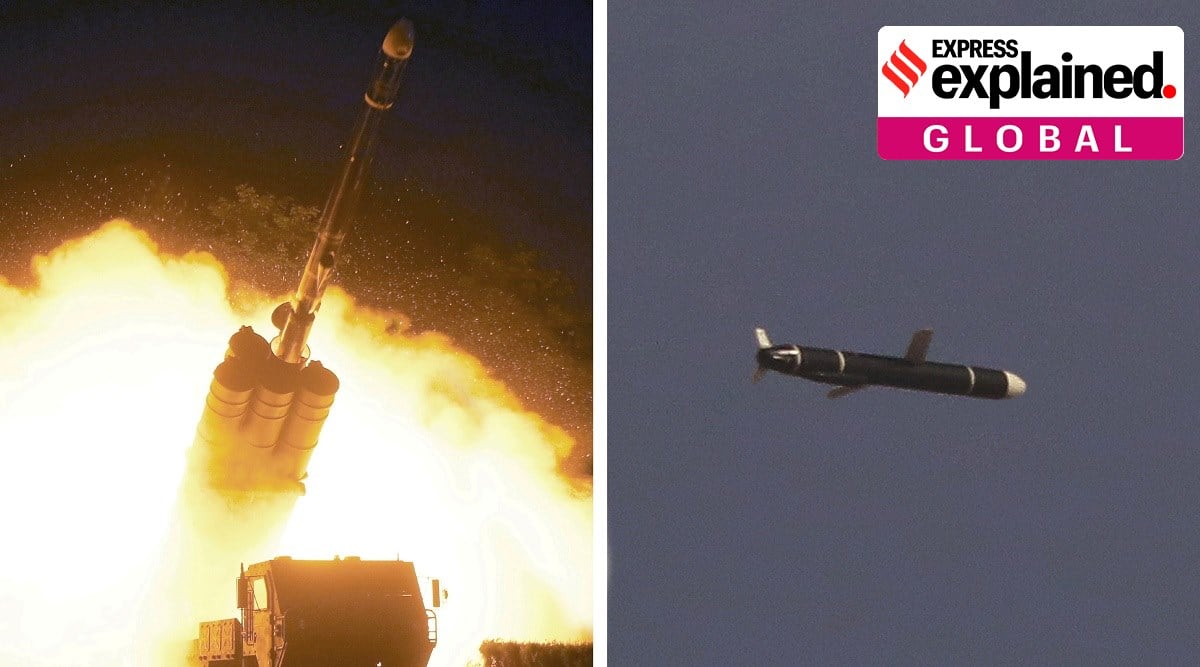 What is this latest test about?

“There is nothing unusual about this test, but what we need to understand is that the North Koreans have tested a long-range cruise missile which is of strategic relevance for a particular region,” said Dr Jagannath Panda, coordinator of the East Asia Centre at MP-IDSA, New Delhi, in an interview with indianexpress.com.

Following the test, Joseph Dempsey, research associate at the International Institute for Strategic Studies wrote on Twitter that the DPRK “technically already had cruise missiles – albeit a shorter range anti-ship system – the Kumsong-3 (KN-SS-N-2 Stormpetrel) based on the Soviet Kh-35.”

The KCNA report said Pak Jong Chon, a member of the DPRK’s Workers’ Party’s powerful politburo and a secretary of its central committee, oversaw the test led by “officials and scientists from the country’s Academy of Defence Sciences.

What are cruise missiles?

According to a Popular Science report from 2013, cruise missiles “are fast-moving, guided bombs that soar at a very low trajectory, parallel to the ground. They are distinct from regular (non-cruise) missiles primarily because they go really far” and all such missiles have an internal guidance system.

In a post for the Carnegie Endowment for International Peace, Ankit Panda explained that these missiles differ from ballistic missiles in that they are “designed to travel within the earth’s atmosphere and aerodynamically maneuver for most of their flight time.

Most cruise missiles use a small, solid- propellant rocket booster, which allows them to gain enough altitude and speed for the onboard sustainer engine to take over.”

Some analysts say these types of missiles are also slightly difficult to detect and in this case, it is still not clear where the DPRK has managed to attach a nuclear warhead on them.

What about UN sanctions?

These cruise missiles don’t come under UNSC sanctions that were placed on the DPRK in an attempt to curb its nuclear development programme, said Dr Jagannath Panda. It is also more indication that despite the enforcement of these sanctions, the country has been consistently developing its nuclear programme, much to the consternation of its neighbours- South Korea, Japan, China- and the US.

“We need to see how this missile test will increase or amplify the nuclear capability of North Korea and this test definitely signals progress,” Dr Panda added.

What does this mean from an international perspective?

“This test has to be seen in the current context when the Americans have withdrawn their troops from Afghanistan and they are trying to reassess regional security issues. So the North Koreans want to emphasise they are a critical component of the US’s regional security concerns,” said Dr. Panda.

A Reuters report quoted the US military’s Indo-Pacific Command (INDOPACOM) saying it was aware of the test and was coordinating with its allies and partners. “This activity highlights (North Korea’s) continuing focus on developing its military program and the threats that it poses to its neighbours and the international community,” INDOPACOM said in a statement published by Reuters.