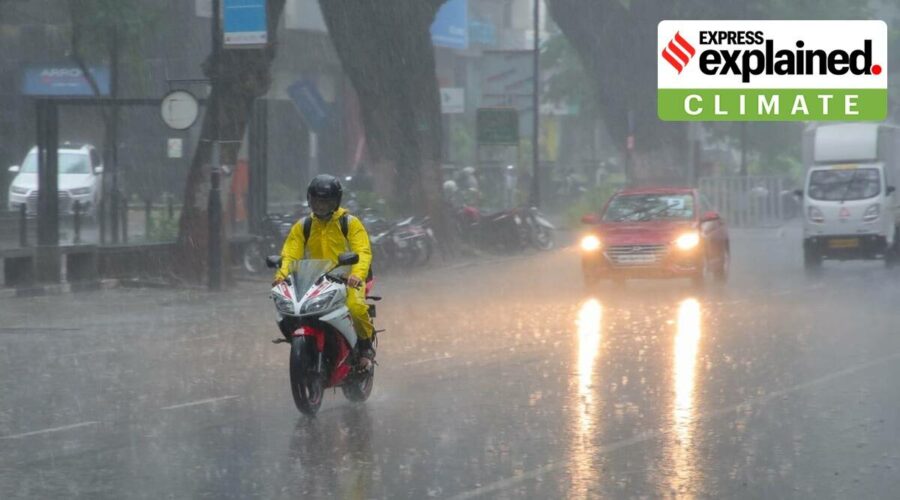 In its pre-monsoon season, Pune’s rainfall this year was over 55 per cent surplus (till May 30). Frequent thunderstorms associated with the moist westerly winds over Maharashtra in April and May contributed to this. This summer, Pune’s maximum temperature never breached the 40 degrees mark. Regular showers contributed by thunderstorms along with abundant rain under the influence of cyclone Tauktae kept the city’s heat under control.

Pune’s temperature trends between March to May

Pune summer peaks during the first fortnight of May, with the maximum temperatures here going upto 42 degrees, that too, for a day or two in the entire season. But in 2021, the highest maximum temperature recorded in Pune (Shivajinagar) never touched 40 degrees Celsius.

The hottest day recorded in May 2021 was on May 5 (38.3 degrees). This was the lowest maximum temperature recorded at Shivajinagar in 42 years. The hottest ever day in May over Pune was recorded on May 7, 1889, at 43.3 degrees. On May 17, the city recorded its second coolest day in May in 42 years. The maximum temperature plummeted by 8.6 degrees to settle at 28.1 degree Celsius. Such a drop in the day temperature was due to the passing Extremely Severe Cyclone Tauktae along India’s west coast.

This year, Pune also experienced an exceptionally wet May. The city received light to moderate intensity rainfall on eight days in May alone, the wettest ever since 1970.

Pune, on an average, receives pre-monsoon showers for at most three days in May, about two days in April and March remains usually dry. Previous known years when May reported similar rainfall was in 1987 and 1990 (7 days, each). During 13 years between 1970 – 2021, May remained dry in Pune.

The IMD, in its summer forecast for the country this year, had said that the heat conditions would remain below normal to normal over Maharashtra.

Pune, and Maharashtra, experienced thunderstorms and intermittent rain spells throughout April and May. Approximately 20 per cent days during these two months, Pune reported rainfall ranging between 0.4 mm– 26.8 mm.

Against a normal of 54 mm during March to May pre-monsoon season, Pune’s rainfall this year was over 55 per cent surplus (till May 30). Most of this occurred in May.

It was mainly due to the frequent thundershowers associated with the moist westerly winds over Maharashtra in April and May.

However, the rainfall enhanced during the third week of May, when cyclone Tauktae hurtled northwards along the west coast, pounding heavy to extremely heavy rain over districts along the coast and Madhya Maharashtra between May 17 – 19.

May 17 was a record-break rainfall day for Mumbai in May, when 214 mm was recorded in 24-hours ending May 18 both at Santacruz and Colaba observatories.

March to May period for Maharashtra is largely hot and dry. The pre-monsoon showers between March and May over the State are sparse, with the normal rainfall being 28.2 mm for the pre-monsoon season. Marathwada, otherwise known for remaining parched and dry, recorded 44 per cent surplus rain during this summer. The pre-monsoon rainfall over other three meteorological sub-visions – Konkan and Goa (497 per cent) , Madhya Maharashtra (91 per cent) and Vidarbha (55 per cent).