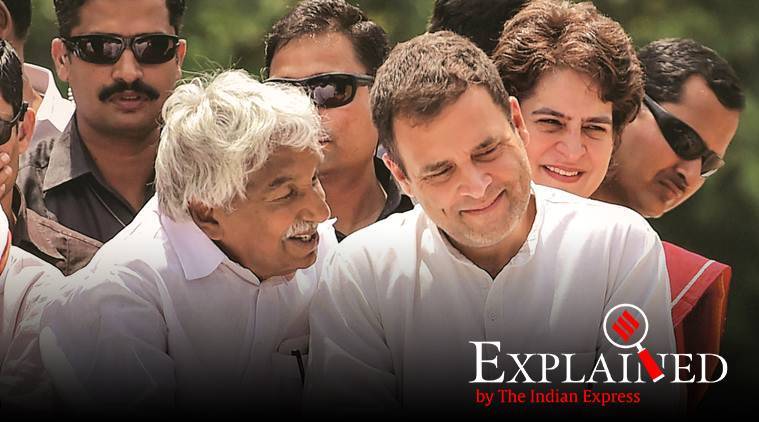 The irony remained on the ground that even as the Congress celebrated it's sweep across Kerala, it had no answers to the tsunami-like effect the BJP had on the national electorate. 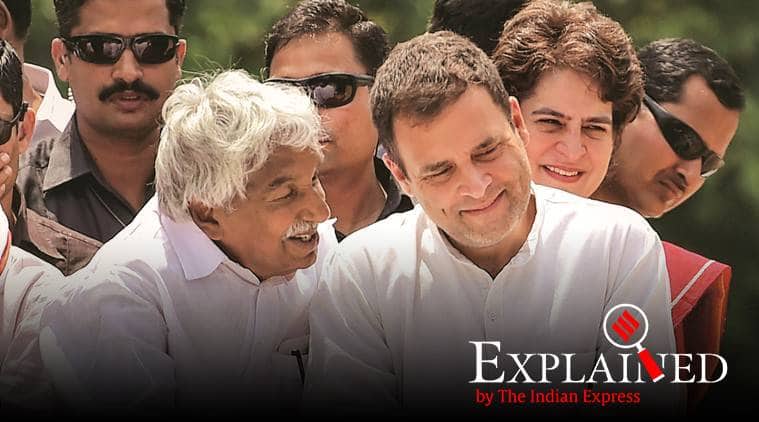 When results to the Lok Sabha elections came out last week, Congress emerged on top in Kerala, snatching victories in 15 out of the 16 seats it contested, with an impeccable strike rate of 93.75 per cent. Its allies in the state, the Indian Union Muslim League (IUML), Kerala Congress (M) and the Revolutionary Socialist Party (RSP), added four more seats to the tally, making it 19 out of the 20 parliamentary seats in the state — a dream run for their coalition, the UDF, in Kerala.

But the irony remained on the ground that even as the Congress celebrated its sweep across Kerala, it had no answers to the tsunami-like effect the BJP had on the national electorate. Even as it was successful in preventing the ‘lotus’ bloom in Kerala, the Rahul Gandhi-led party drew a zero in 13 out of the 29 states, capitulating spectacularly in front of the BJP as the latter swept the east, west and northern parts of India. Kerala earned the rare distinction of being the lone state contributing double digits to the party’s tally. Punjab and Tamil Nadu came a distant second with eight seats each.

So what explains the successful run of the Congress and its allies in Kerala? What lessons can the party’s national unit hope to pick up from the southern state, in terms of managing elections and keeping the focus on the messaging to voters? On the lines of Thiruvananthapuram MP Shashi Tharoor’s response to a television reporter, can Kerala be the exemplar of what the Congress’ national politics could be?

From day one of the eruption of protests by the majority Hindu community over the Supreme Court verdict on women’s entry at Sabarimala, it was clear as daylight that the controversy would have a defining impact on the Lok Sabha polls. Social commentators were of the opinion that it could pave the way for perhaps the strongest polarisation of Hindu votes across caste lines. With chief minister Pinarayi Vijayan and the ruling LDF government voicing a tough stand on the implementation of the verdict and the BJP-RSS aiming to make political dividends out of it, the Congress had to manoeuvre carefully.

The party’s Hindu leadership, with the likes of K Sudhakaran, Ramesh Chennithala, and Mullappally Ramachandran, were of the opinion that the party must stand with the faithful, lest it loses the support of the community. It was a risk the party could not afford to take. At the height of the agitation, a leader had told the indianexpress.com, “The party will be finished if it does not support the Hindu faithful.’

And so, even as it faced questions of betraying it’s liberal and progressive stance on gender equality, the Congress’ Kerala unit campaigned on the theme of a ‘soft approach’ on Sabarimala, vowing to stand together with the faithful. Instead of unleashing violent agitations and frequent shutdowns like the BJP, the Congress took the legal route, submitting its own review petition against the top court verdict along with a clutch of others. Cashing on the anger among Hindus, particularly among the Nair and Ezhava communities, the party worked at the grassroots harping on the ‘stubborn’ and ‘obstinate’ stand of the chief minister in hurriedly implementing the verdict.

The strategy worked, as is reflected in the results. Especially in Thiruvananthapuram and Pathanamthitta constituencies, where the BJP rested its hopes, the Congress did exceedingly well, making strong inroads into the LDF’s Ezhava vote-bank. The party also projected itself as the ideal and ‘bankable’ alternative to the Left – it’s workers told voters in every village, ‘if you want to defeat the CPM, vote for us, not the BJP’. In constituencies across Malabar, considered strongholds of the Left parties, Congress candidates won with handsome margins.

According to a Hindu-CSDS poll, 34% of upper-caste Nair voters opted for the UDF, same as that of the BJP, with just 20% voting for the LDF. When 218% of Ezhavas voted for the UDF, 29% of other OBCs and 39% of SCs voted for the coalition. The same poll underlined that a whopping 46% of Hindu men and 57% of Hindu women were ‘fully dissatisfied’ with the LDF regime’s handling of the Sabarimala crisis.

A consolidation of the minority votes, Muslims in north Kerala and Christians in central Kerala, is said to be a key reason behind the UDF’s spectacular victory in the state. The Congress and its allies did excellent booth management especially in areas with minority voters, reminding them about the dangers of helping elect another Narendra Modi government at the Centre. Pollsters are unanimous that a distinct anti-Modi and anti-BJP sentiment was instrumental in the flow of minority votes en-bloc towards the UDF.

The Hindu-CSDS poll confirms this. As opposed to 28% of Muslim voters opting for the LDF, a massive 65% chose to side with the UDF. Among Christians, the gap is even larger. When 70% of Christian voters in the state sided with the UDF, only 24% stayed with the LDF. The BJP, according to the poll, was able to register just 2% support among the Christian and Muslim communities each.

It’s clear that the Congress was able to convince minority voters across the state that it stands the best chance of resisting the saffron surge. At poll meetings and rallies, it’s leaders played over and over again, the ill-effects of the Modi administration’s economic policies like demonetisation and the GST.

Heavyweight candidates in every seat

In addition to better booth-management and cohesion in terms of leadership, the Congress took the best step forward by nominating strong candidates in all the 16 seats it contested. Sample this: when the CPM announced the name of Kannur strongman P Jayarajan as its candidate in Vadakara, his victory was a foregone conclusion. After all, Vadakara, a hotspot of political killings and a fortress of the Left, was lost to the Congress in 2014 by a narrow margin. But when the Congress replied with the name of K Muraleedharan, son of former chief minister K Karunakaran, the contest in Vadakara suddenly became interesting. Muraleedharan, though an MLA in faraway Thiruvananthapuram, is a fierce critic of the Left and was able to energise the Congress cadres. As expected, when the results tumbled out, Muraleedharan had won by a thumping margin of 84,663 votes.

Similarly, in Ernakulam, when the Congress decided to retire veteran sitting MP KV Thomas, the CPM smelled an opportunity and nominated P Rajeev, the popular former Rajya Sabha MP and editor of party mouthpiece Deshabhimani. In a bid to counter him, Congress made the surprise move of fielding Hibi Eden, a young MLA who has been instrumental in the political scene in Ernakulam. Eden was able to successfully galvanise the constituency’s dominant Latin Catholic community and add substantial chunks of Hindu votes. When the ballots opened, Eden romped home by 1.69 lakh votes.

For a buoyant Congress and the UDF, these results could be the ideal stepping-stone to local body polls next year and the Assembly polls in 2021. More than anything, it has been able to prove that it can re-invent itself and carve out space for itself amidst a belligerent CPM and a fast-rising BJP.