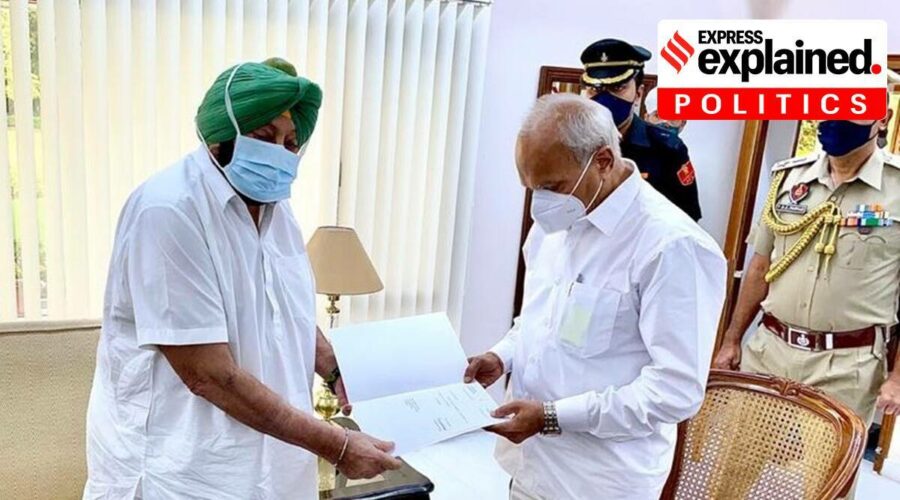 As many as 33 newly elected MLAs wrote him a letter seeking a probe into the alleged role of former Akali minister Bikram Singh Majithia in a drugs case citing statements to the Enforcement Directorate. 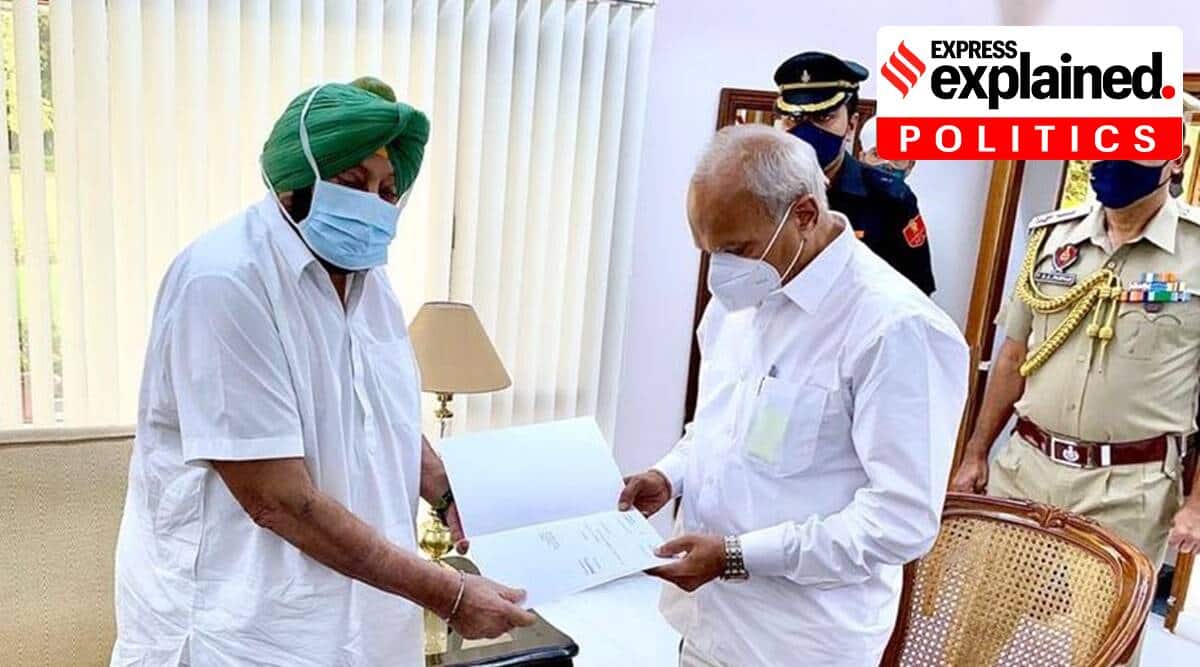 THE first warning sign had come very early, on August 8, 2017, barely five months after Captain Amarinder Singh took charge as Chief Minister of Punjab. As many as 33 newly elected MLAs wrote him a letter seeking a probe into the alleged role of former Akali minister Bikram Singh Majithia in a drugs case citing statements to the Enforcement Directorate. That letter gathered dust. Saturday, months before the Assembly elections are notified, comes the CM’s resignation in a burst of anger.

Between these two points is the journey of a powerful Chief Minister who, critics say, failed to sense resentment on the ground; who saw in dissenting voices merely ambitious rivals and a high command that kept kicking the political can down the road — until it was too late.

That first warning shot came because in the run-up to the 2017 polls, Singh had taken oath on a gutka (holy book) to wipe out the “drug menace” within a month of taking charge. The MLAs hoped “big fish” would be ensnared but nothing happened.

The cases of sacrilege dating back to October 2015, when torn pages of Guru Granth Sahib strewn outside a Bargari gurudwara led to widespread outrage and death of two protesters in police firing, continued to languish in court.

Even though the Justice Ranjit Singh Commission, set up by Amarinder Singh in 2017 to look into incidents of alleged sacrilege, categorically indicted the Badals for shielding Dera Sacha Sauda — in its report June 30, 2018 — the Special Investigation Teams formed thereafter could not make much headway.

There was growing anger on the ground but it did not reach the ears of the Chief Minister who seldom visited the Civil Secretariat. Many MLAs claimed his office was effectively run by Suresh Kumar, a 1983-batch IAS officer the CM had appointed as his Chief Principal Secretary immediately after taking over.

Although that appointment was subsequently quashed by the High Court and Kumar resigned, the CM refused to accept his resignation and the government continued to appeal the HC verdict. A senior Congress leader recounts how, at a function in Jalandhar, the compere introduced Kumar as the “de-facto CM”. Kumar, finally, put in his papers Saturday soon after Amarinder’s resignation.

The CM later shifted to his farmhouse, making access even more difficult. The pandemic lockdown only deepened his isolation – and the sense of him being cut off.

As the clamour grew by the end of 2019, the CM appointed six MLAs critical of him as his advisers in late 2019. But their appointment could not get the governor’s sanction and they quit.

Meanwhile, Navjot Singh Sidhu, who left BJP to join Congress before the 2017 elections, much against the wishes of Capt Amarinder Singh, began to sulk after he was divested of his local bodies portfolio in a Cabinet reshuffle in July 2019 after the Lok Sabha elections.

Sidhu quit the Cabinet in a huff only to re-emerge this April after the Punjab and Haryana High Court quashed the investigation into the Kotkapura firing, calling it “politically motivated.’’

On April 13, Sidhu visited the Bargari shrine and slammed Amarinder Singh for what he called was his inaction.

Disaffected legislators, led by three ministers from the Majha region of Punjab, Tript Rajinder Bajwa, Sukhbinder Sarkaria and Sukhjinder Singh Randhawa, found a rallying point in Sidhu. The CM’s camp dismissed these voices as disgruntled “non-performing” legislators who were afraid they wouldn’t get tickets.

As Sidhu launched a tirade against the government, the Congress high command watched quietly. There was no attempt to call the warring camps to Delhi, lay down the line or broker peace. It was only in May that the Congress set up a three-member panel under Mallikarjun Kharge. There were also reports of the party commissioning surveys by external agencies to gauge the popularity of the CM, who was given an 18-point agenda to fulfil after the panel submitted its report early June.

Rather than quelling Sidhu’s outbursts, this hardened the rift. But the high command continued to dither, taking over a month to appoint him as PPCC chief on July 19. Sources said the surveys favoured Sidhu and found that the CM’s popularity was dipping.

While the party in charge Harish Rawat said Sidhu and the CM would now work together, the message that dissidents got was that Sidhu would be elevated.

Meanwhile, Amarinder Singh got to work, making public appearances, offering a hand of friendship to Sidhu, and addressing some manifesto promises: the old age and widow pension was doubled; loan waiver was sanctioned for landless labourers and prize money for gallantry winners hiked.

But it was too little, too late.

The dissidents continued to rally support to replace the CM arguing that facing the electorate under Amarinder Singh’s leadership was a challenge. The final straw was a letter signed by over 40 legislators and four ministers to party interim president Sonia Gandhi Wednesday, seeking a CLP meeting. That was the push which came to a shove — and forced the CM to quit.

09/20/2021 India Comments Off on Explained: CM Amarinder Singh misread early signs, leadership kicked the can until it was too late
India