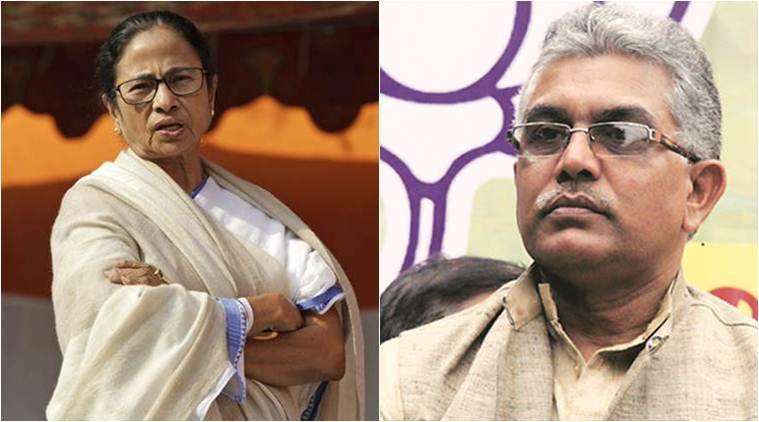 West Bengal Lok Sabha Elections Explained: The Left, which is yet to open an account this election, and the Congress, which led in only one seat, have been pushed to the margins of Bengal politics. As trends indicate an unprecedented surge for the BJP in West Bengal, with the party leading in 19 of the 42 seats in the state, it’s clear that this is an election that has witnessed a distinct polarisation of votes and a split in the anti-BJP votes.

For instance, in the Congress bastion of Malda Uttar and Dakshin (home of the late Congress leader ABA Gani Khan Chowdhury), the BJP led in both seats. According to political experts, in Malda, a Muslim majority district, the community’s vote split between the Congress and Trinamool Congress (this time, Ghani Khan’s niece is the Trinamool candidate from Malda Uttar) while the BJP consolidated the Hindu votes. In Raigunj, a bastion of the late Congress leader Priyaranjan Dasmunshi but which was won by CPM veteran Md Salim in 2014, the BJP candidate has been leading since morning, followed by the Trinamool candidate. In Raigunj, Muslims form 49.8% of the population.

The Left, which is yet to open an account this election, and the Congress, which led in only one seat, have been pushed to the margins of Bengal politics. Till last reports came in, the BJP was leading in 19 seats, the Trinamool Congress in 22 and the Congress in 1.

In Bongaon and Ranaghat, the two seats dominated by the Matua community, BJP candidates have been leading from morning. Interestingly, Narendra Modi started his Lok Sabha campaign from Bongaon, a Matua hub.

In North Bengal, while BJP candidates took the lead in Darjeeling, Balurghat and Alipurduar, seats such as Coochbehar are witnessing a close fight between the BJP and TMC.

In the tribal belt, the BJP has taken the lead in Jhargram, Bishunupur and Bankura, despite the BJP’s Saumitra Khan (formerly a TMC MP) being unable to campaign in his constituency (Khan, who has cases against him, had been barred from the constituency).

Much of the BJP’s gain is also being attributed to a shift in the Left’s vote share to the BJP. The Left, which had 39% vote share in 2014, got only 7% votes till last reports came in.

At 43%, the Trinamool Congress has managed to hold on to its vote share while the BJP had 39%.