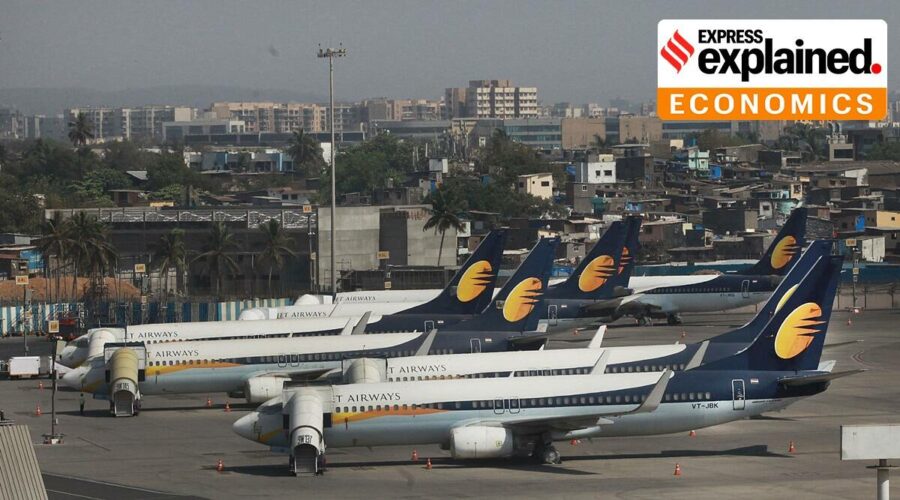 Jet Airways 2.0 is the revived avatar of Naresh Goyal’s Jet Airways that has been grounded for more than two years. Jet Airways 2.0, backed by businessman Murari Lal Jalan and the UK-based Kalrock Capital, announced Monday that the airline will resume operations in first quarter of next year, with the first flight to operate between New Delhi and Mumbai.

Jet Airways 2.0 is the revived avatar of Naresh Goyal’s Jet Airways that has been grounded for more than two years. The airline, which entered bankruptcy proceedings in the National Company Law Tribunal (NCLT), found the Jalan-Kalrock Consortium to fund its operations and repay the existing lenders. Monday the consortium announced the plans for resumption of the airline’s operations. However, the path for the carrier to take flight again is not entirely clear yet.

What are the biggest impediments to the airline’s resumption?

Firstly, the airline still doesn’t have a ready fleet. In the statement, the consortium has noted that it plans to have over 50 aircraft in three years, while it aims to restart domestic operations by Q1 2022, and short haul international operations by Q3/Q4 2022. However, it is yet to finalise the aircraft that it will operate. “The aircraft are being selected based on competitive long term leasing solutions,” Murari Lal Jalan said. The airline’s acting CEO Captain Sudhir Gaur said: “We will start with domestic operations on an all narrow-body aircraft fleet leased from major global aircraft lessors who have approached us, and with whom we continue to engage”. In addition to this, the airline is still negotiating slots and parking spaces with airport operators. “The process of reviving the grounded carrier is on track with the existing Air Operator Certificate (AOC) already under process for revalidation. The Consortium is working closely with the relevant authorities and airport coordinators on slot allocation, required airport infrastructure, and night parking,” the airline said in the statement.

Does the airline have employees on board?

The human resource department is another aspect where Jet Airways 2.0 could face some difficulties, especially given that the nature of the business will need mission critical staffers such as pilots, cabin crew, network planners, etc. The airline said it has already hired over 150 full-time employees and is looking to onboard another 1,000+ employees in the current financial year across categories. However, the employees of the erstwhile airline have filed an appeal in the National Company Law Appellate Tribunal (NCLAT) against the Jalan-Kalrock revival plan. Several employee groups have moved the appellate tribunal seeking a stay on the insolvency court order approving the revival plan as it hurt their interests. The NCLAT has admitted the plea and asked the company to submit its responses. Following the airline’s grounding, several hundred employees had dues pending ranging between Rs 3-85 lakh each, but as a part of the revival plan, the consortium offered employees a settlement of Rs 23,000 each, which several employee unions rejected. On a consolidated basis, employee claims worth Rs 1,265 crore were admitted and the consortium proposed Rs 52 crore to settle their claims.

So, will the airline take off?

At this moment, the airline faces a number of hurdles before it can resume as planned by the first quarter of next year. In addition to the employees’ case in NCLAT, state-owned lender Punjab National Bank (PNB) has also approached the appellate tribunal seeking to quash the rescue plan. Also, for a feasible recovery, Jet Airways 2.0 will require some of the prime slots it held in its first avatar that have been reallocated to other airlines following its grounding in April 2019. While the government has been non-committal on these slots, a curtailed flight schedule as a result of Covid19-led restrictions could mean that the airline potentially getting at least some of the slots, once it is able to show the fleet capacity to operate.

09/13/2021 India Comments Off on Explained: All factors that can create turbulence for Jet Airway relaunch
India