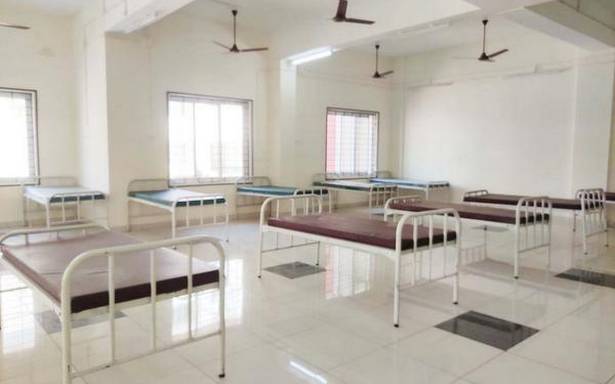 Amid the flurry of admissions for COVID-19 treatment, the Government Medical College and ESI Hospital has been converting 131 non-oxygen beds into oxygen beds to accommodate more patients in need of oxygen.

Sources in the hospital said on Tuesday that out of the 830 beds earmarked for COVID-19 patients, 300 oxygen beds were available. The hospital has initiated the conversion of 131 non-oxygen beds into oxygen beds and the beds would likely be ready in a few days, the sources added.

To decrease the dependency on liquid medical oxygen, an electrical oxygen generator was also being installed on the ESI Hospital premises. The hospital has an 11 kL liquid oxygen tank and additional oxygen concentrators were received recently, according to the sources. Efforts to convert more beds into oxygen beds as per the requirement are also under way, the sources noted.