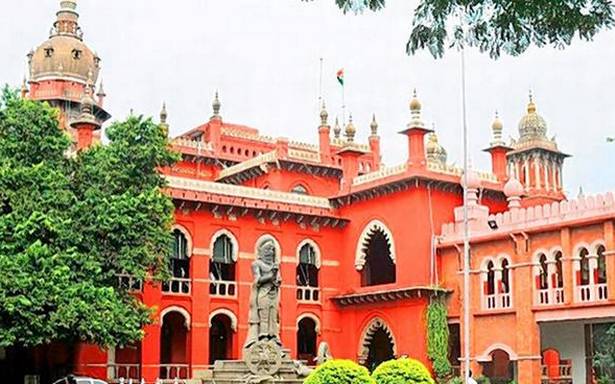 The Madras High Court on Thursday impressed upon the need for the State government and municipal corporations to strictly enforce the rule of wearing masks and maintaining physical distance in public places to prevent the spread of COVID-19.

The court said the government and the civic bodies should also ensure that people do not congregate in large numbers in any place since the rate of infection was much more now than what it was previously.

Chief Justice Sanjib Banerjee and Justice Senthilkumar Ramamoorthy made the observations during the hearing of a public interest litigation petition filed in November last year.

Passing interim orders in the case, the judges said the fear expressed by the litigant last year had come true now with the State experiencing the second wave of COVID-19.

In reply, State Government Pleader V. Jayaprakash Narayanan told the court that the government had come up with new regulations now by which the number of participants even in marriage ceremonies and funerals had been restricted.

Advocate Karthika Ashok, representing Chennai Corporation, said officials had begun to crack the whip on those who did not wear masks and failed to follow physical distancing norms.

However, petitioner’s counsel told the court that all rules and regulations of the government were only on paper and not put to practice.

Referring to the recent death of film actor Vivekh, he said thousands of fans paid respects to the actor but most of them were found to be not wearing masks. He said physical distancing too went for a toss during the congregation and no action was taken by officials.

Concurring with him, the Chief Justice said he too had watched such scenes on television as well as in newspapers. Lamenting that nobody bothered to enforce the COVID-19 protocol, he asked the SGP and counsel for Chennai Corporation to ensure that such incidents do not recur.