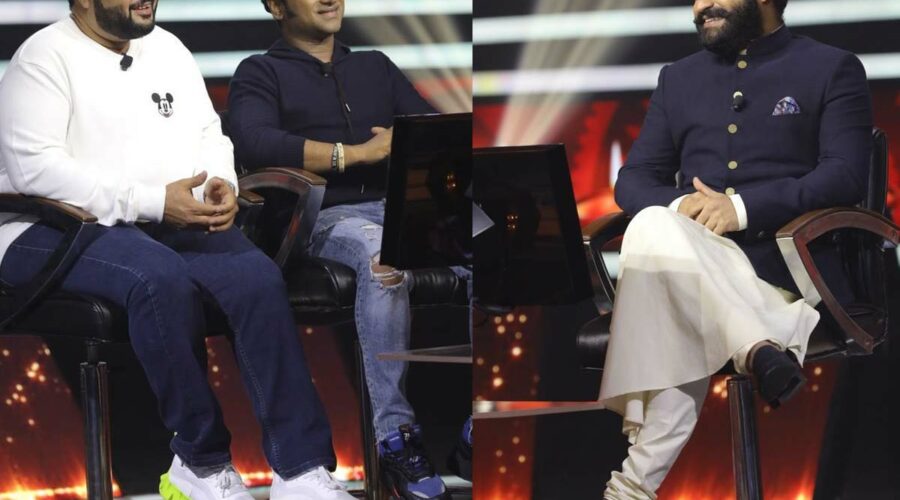 It is known after the controversial reality show Bigg Boss 1 Telugu, Jr NTR made is comeback on the TV with the reality show EMK. A lot of celebrities are appearing on the popular Evaru Meelo Koteeswarulu TV show. Now, it is the time for two popular music directors to play the game with Jr NTR.

The popular music  composers Thaman and Devi Sri Prasad are the new guests on this game show EMK. Both of them recently took part in the TV show. The shoot of the episode took place recently at the Annapurna Studios.  This special episode of EMK will go on air at 8.30 pm on 4th November, Jr NTR’ style, swag and substance will add more glow to the festival of Diwali.

Evaru Meelo Koteeswarulu is the official Telugu adaptation of the Britain’s game show Who Wants to Be a Millionaire?  The popular show EMK  is currently being aired on Gemini TV with Jr NTR as the host since August 2021.

On the otherside, Jr NTR who is waiting for the release of his upcoming multilimgual big budget movie RRR, is all set to join the sets of his next project which will be helmed by Prashanth Neel of KGF fame.