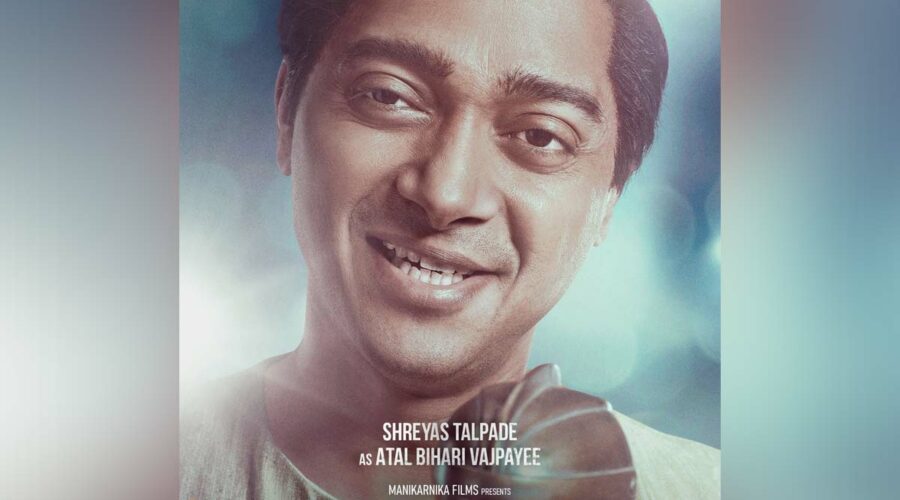 Today morning the national award winning actress Kangana Ranaut has unveiled the first look of Shreyas Talpade from her upcoming film, Emergency. Shreyas Talpade  is essaying the role of young Atal Bihari Vajpayee on screen whereas Kangana  Ranaut is playing the  former Prime Minister Indira Gandhi, while Anupam Kher is portraying the revolutionary leader Jayaprakash Narayan in her directorial venture.

Shreyas Talpade also took to his Instagram and shared Atal Bihari Vajpayee’s famous poems – Kadam Milakar Chalna Hoga.  The actor  wrote along with it, “Honoured and happy to play one of the most loved, visionary, a true patriot and man of the masses…Bharat Ratna Atal Bihari Vajpayee ji. I hope I live up to the expectations. Kangana Ranaut  thank you for seeing me as Atal ji. You are undoubtedly one of the most talented and versatile actresses of our country but you are an equally good Actor’s Director. It’s time for Emergency! Ganpati Bappa Morya.”

Few days ago, Manikarnika fame Kangana took to social media and shared   The Kashmir Files fame Anupam Kher’ first look from her film Emergency that grabbed the attention of many.

Written and helmed by Kangana Ranaut, the film is produced by Renu Pitti and Kangana herself under the banner of Manikarnika Films presentation.

On the otherside, Shreyas Talpade  will be next seen in Mannu aur Munni ki Shaadi.