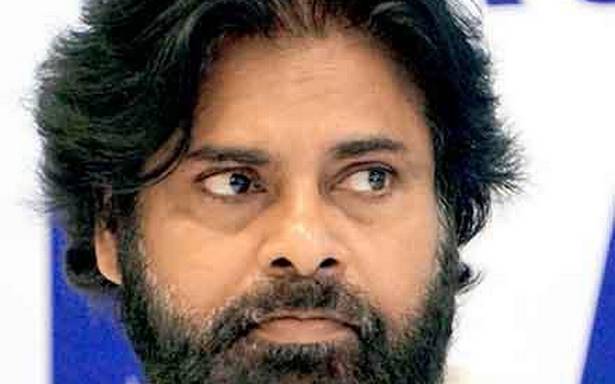 Loses both Gajuwaka and Bhimavaram; party wins only one seat

Apart from TDP’s dismal performance in the Andhra Pradesh Assembly elections, the other major upset was the performance of Jana Sena Party (JSP).

After having contested in 140 seats out of a total of 175, JSP was able to win only one seat in Razole.

Party founder Pawan Kalyan himself was trailing behind YSR Congress contestants in both the constituencies of Gajuwaka and Bhimavaram from where he had contested.

According to the latest reports coming in from Gajuwaka, where Mr. Pawan was tipped to win, he was in a distant second position behind Tippala Nagi Reddy of the YSRCP who polled 74,769 votes. Mr. Pawan polled 58,283 votes, and was closely followed by TDP sitting MLA Palla Srinivasa Rao who won 56,453 votes.

Observers were of the opinion that Mr. Pawan would have an edge, as the constituency has a sizeable Kapu population close to 68,000. The actor also has a huge fanbase among the electorate in the State, rumoured to be close to 70,000. However, nothing appears to have gone his way.

“Fans will help make a movie click at the box office. But when in comes to politics, it is experience, understanding of local issues and people skills that matter,” Mr. Nagi Reddy told The Hindu. Gajuwaka is a complex constituency in Visakhapatnam district, as it is not only large but has a number of industrial, land, water and rehabilitation issues.

Mr. Nagi Reddyhas served as Panchayat president for a number of years and commands a close understanding of the complex local issues.