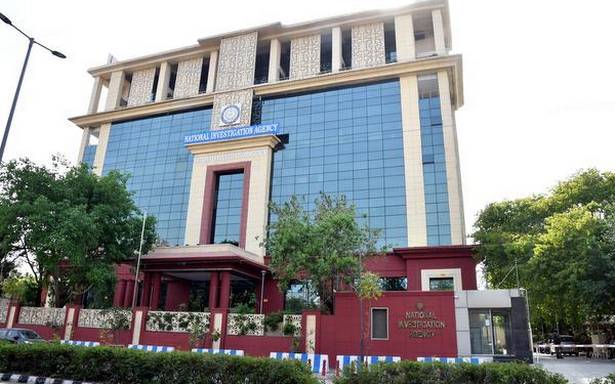 It says the U.S. firm had no business giving such an opinion without the permission of the court at a time when the trial was pending and the issue was sub-juice.

The National Investigation Agency has disputed a forensic report by a U.S. firm which suggested that electronic evidence was planted on the computer device belonging to activist Rona Wilson, an accused in the Elgar Parishad-Maoist links case.

In an affidavit filed before the Bombay High Court on Friday, the NIA said it "stoutly" denied the contents of the U.S. firm’s report, adding that Mr. Wilson’s allegations of fabrication of evidence and planting of electronic evidence could not be accepted.

The central agency said Mr. Wilson’s plea based on the U.S. firm’s report was not maintainable, and urged the High Court to dismiss it as well as impose cost on the activist for filing such a plea.

In an affidavit filed through its officer Vikram Jhakate, the NIA said, "I stoutly deny the report. I say since the contention made in the petition regarding the aforesaid facts are not admitted by me, they are disputed questions of fact and hence cannot be entertained in the present writ petition," the affidavit reads.

The NIA further said the firm’s report and a news story carried in a magazine were not part of the chargesheet, and Mr. Wilson could not rely on them to seek quashing of charges.

It further said that since the U.S. firm’s report itself claimed it was difficult to identify the person who allegedly planted such evidence, it was on Mr. Wilson to prove allegations of fabrication of evidence at the time of trial.

The NIA said the onus of explaining and identifying when and how evidence was planted was on Mr. Wilson himself since the alleged planting of electronic evidence took place before the FIR in the case was registered.

"As far as the contention of the petitioner that there is fabrication of documents, planting of false evidence and scant regards to procedure established by law is concerned, the same is uncalled for at this stage," the affidavit stated.

It said Mr. Wilson’s plea was vague and based on "ifs and buts" and he himself was not sure of the person who allegedly planted the document.

The NIA said Mr. Wilson had an alternate remedy of filing an application for discharge under Section 227 or 239 of the Code of Criminal Procedure Code (CrPC).

It also said the U.S. firm had no business giving such an opinion without the permission of the court at a time when the trial was pending and the issue was sub-juice.

The central agency also said the purpose of Mr. Wilson’s plea was to delay the trial.

Mr. Wilson approached High Court earlier this year seeking quashing of charges as well as directions to appoint a Special Investigation Team, headed by a retired Supreme Court or High Court judge and consisting of digital forensic analysis experts, to probe the planting of documents on his computer by using malware.