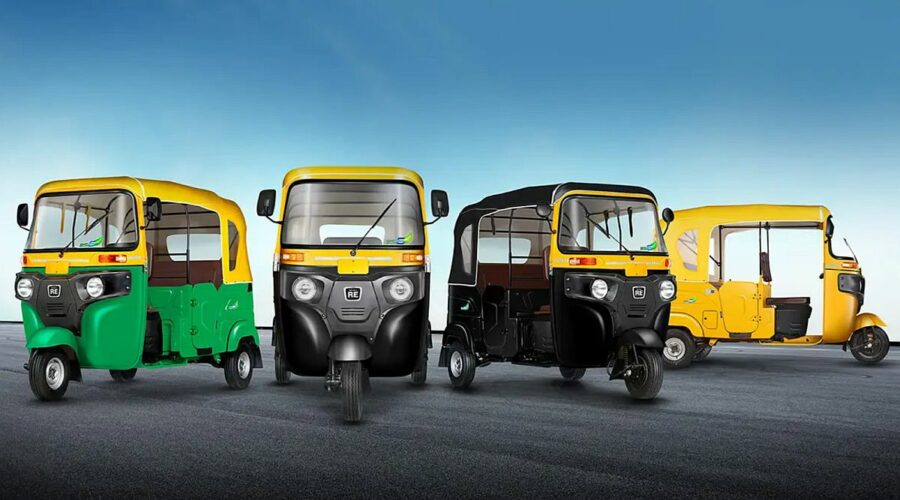 In a fragmented electric three-wheeler market where no company has more than a 10 per cent share, leave alone a dominant presence, can Bajaj Auto storm in and become king?

The company is set to launch its range of electric auto rickshaws in June and hopes to replicate its success in ICE three-wheelers where it is the undisputed market leader with a 63 per cent market share.

Can it be crowned king of the electric three-wheeler market too?

According to Haitong Securities, they hit 19,053 units in February 2022. That’s over 41 per cent of all domestic three-wheeler sales (ICE and electric combined).

The largest player was YC Electric Vehicles with 1,836 units and a market share of sub 10 per cent. Mahindra & Mahindra, the only big player in this space, is at the number two slot with a market share in February of 7.1 per cent.

While the top six players account for below 33 per cent of the overall market, the rest is divided among innumerable small and regional players.

Bajaj Auto has decided it will not go for battery swapping as an alternative because it increases the overall cost of the vehicle. Instead, it will enable charging of the vehicle.

In three-wheelers, the electric version is growing very rapidly — by 55 per cent in February over the previous year.

It is also fast increasing its share in the overall pie of three-wheelers (ICE and electric combined).

A look at domestic sales shows that between April 2021-February 2022, electric three-wheelers accounted for over 40 per cent of total ICE and EV sales.

If both these numbers are taken into consideration, EV’s share in total sales (domestic and exports) goes down to around 25 per cent. Hardly any electric three-wheelers are exported from India.

This could change in June when Bajaj Auto launches its electric three-wheeler.

The company is the largest exporter of three-wheelers and it may be able to give a push to electric three-wheeler exports too.

After all, Bajaj has a presence across the world.

That, combined with the growing popularity of electric vehicles globally, should place it in a strong position.

04/20/2022 India Comments Off on Electric three-wheeler market: Can Bajaj Auto storm in and become king?
India