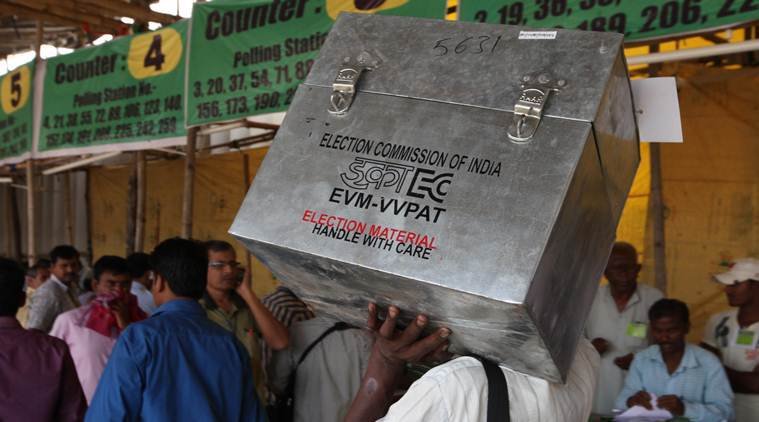 Lok Sabha Elections 2019 counting and results: While the attention is now shifted to the results day, below is a list of things you need to know about the D-Day. 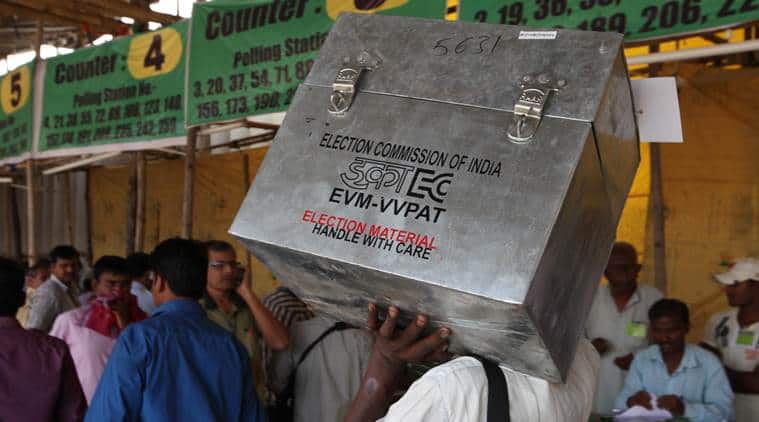 As the six-week long and bitterly contested Lok Sabha polls draw to an end, all eyes are now fixed on May 23 to find out who emerges as the winner. While the majority of the exit polls have given a clear edge to the ruling NDA, the opposition is also holding talks to firm up their alliance in case the NDA falls short of a majority.

While the attention is now shifted to the results day, below is a list of things you need to know about the D-Day.

1. When will the Lok Sabha election results be announced?

Spread across seven phases, Lok Sabha elections 2019 began on April 11 and concluded on May 19. The counting of votes will begin at 8 am on May 23 and the results will be declared the same day. While trends should begin emerging by noon, a clear picture will only be available late afternoon. The final official result will be declared by the Election Commission either late at night or on May 24 morning.

No. The counting of votes begins on May 23. Counting takes place in the presence of the Returning Officer of the constituency and candidates and their agents. The Returning Officer declares the result when he is certain that the counting of votes has been successfully completed. The postal ballots are counted first, then the votes cast on the electronic voting machines.

3. When will the trends start showing?

The early trends will start coming in by 12 pm on May 23. The trends can be checked through the portal https://results.eci.gov.in or the Voter Helpline App.

4. When will we get a clear picture?

The counting of votes will continue throughout the day. There might be a delay in getting the clear picture as the results have to be tallied with voter-verified paper audit trail (VVPAT) slips. After the Supreme Court order, the tallying of the VVPAT slip with EVM count has increased from one to five per assembly segment. The Lok Sabha election 2019 is the first ever polling exercise where EVM results will be matched with a certain percentage of VVPAT slips.

5. When will the final results be out?

The final result should be out by May 23 night. Tallying of VVPAT slips may increase the wait time to know the winner of the polls.

6. Will the largest party make the government?

To form a government at the Centre, a party or a coalition needs to have at least 272 MPs of the 543 elected MPs in Lok Sabha. If no single party is able to win an absolute majority, the president will invite the largest single party to form a coalition government with smaller parties. The coalition could then be asked to prove its majority on the floor of the House.

7. When will the new government be sworn in?

8. What happens to the old government and MPs

Once the election process is complete, the President will dissolve the 16th Lok Sabha and the newly elected MPs will be administered oath by a protem Speaker (usually the senior-most member of the House). If an MP is re-elected, he/she will be a part of the House. To become a member of the Lok Sabha, a person should be a citizen of India and not less than 25 years of age.

9. When will we have a new prime minister?

10. What happens in case of a hung parliament?

The Lok Sabha has 545 seats — 543 elected members and two nominated by the president. To win a majority in the lower house, a party or a pre-poll alliance needs to reach the half-way mark of 272. If no party or coalition manages to cross the majority, it may result in a hung parliament. In this case, the president may invite the leader of the single largest party or pre-poll alliance to form the government. This party or small coalition can seek ‘outside’ support from other parties. This could be support restricted to key issues and Bills.

05/21/2019 India Comments Off on Election results 2019: Answers to 10 questions you were too embarrassed to ask
India