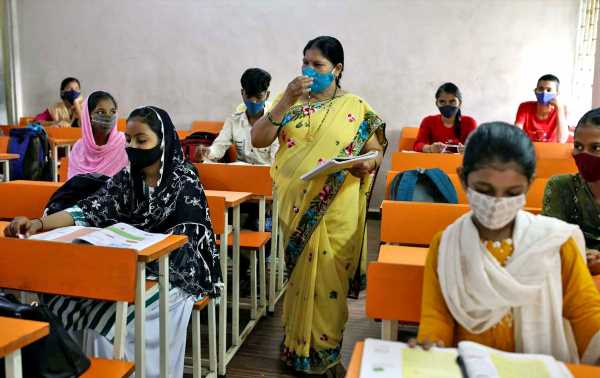 North-eastern states have led the charge in recording a decline.
Ishaan Gera reports.

The headline figure for this year’s Annual Status of Education Report was the rise in government school enrolments across the country compared to the pre-pandemic period.

However, a Business Standard analysis shows that not all states exhibit this trend.

Eight of the 25 states surveyed under ASER have, in fact, witnessed a decline in government enrolments.

North-eastern states have led the charge in recording a decline.

In Manipur, government enrolments declined 13.4 per cent in 2021 as compared to 2018, and Nagaland witnessed an 11.4 per cent decline.

In Odisha, the fall was 3 per cent, whereas Assam and Chhattisgarh saw a 4.4 per cent and 2.4 per cent decline, respectively. 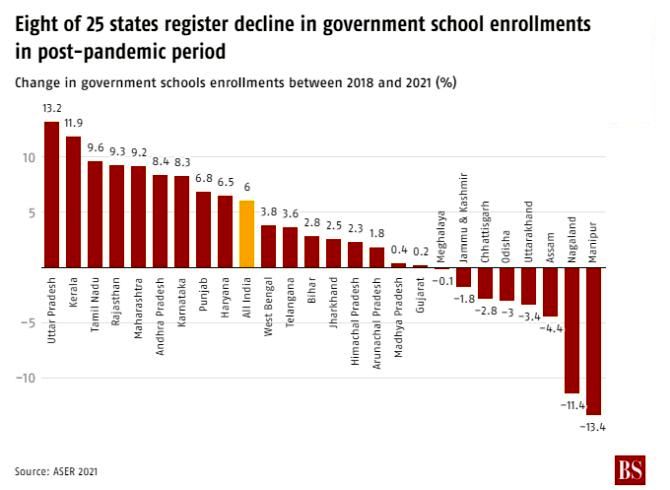 On the other end of the spectrum, Uttar Pradesh and Kerala witnessed the most significant migration to government schools, with 13.2 per cent and 11.9 per cent of students in the states shifting schools.

However, year-wise analysis shows that the most significant changes in school enrolment happened in Tamil Nadu, Rajasthan and Arunachal Pradesh, as all showed an over ten percentage point increase in government enrolments since 2020.

Compared to 2020, registrations in Uttar Pradesh were up 6.6 per cent. 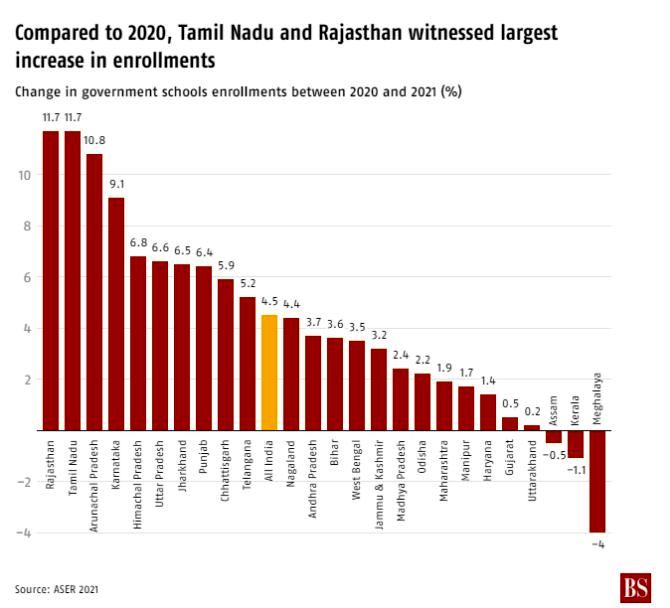 Kerala, on the other hand, may be on a reversal again.

While registration for boys in government schools across Kerala increased 3.4 per cent between 2020 and 2021, enrolments for girls dropped 5.5 per cent.

In Gujarat, too, while more boys were enrolled in government schools, girls’ enrolment declined by 1.8 percentage points. 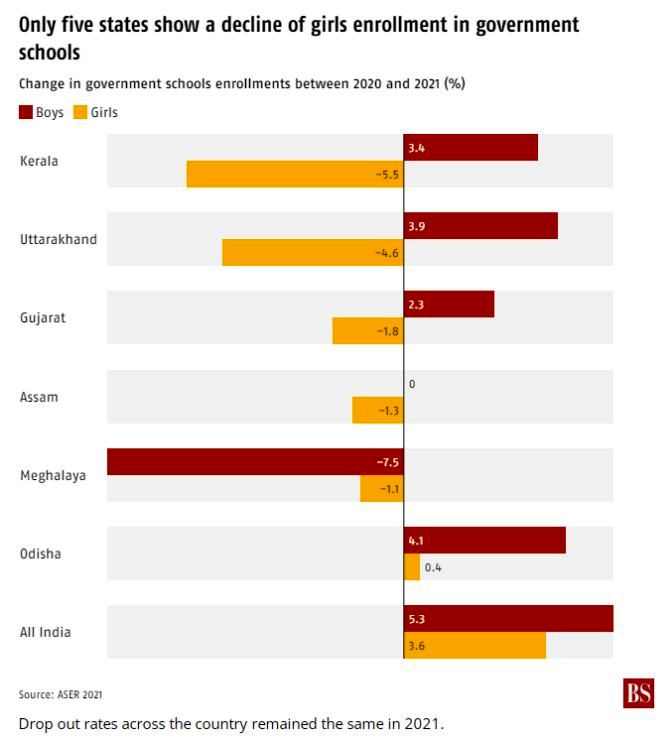