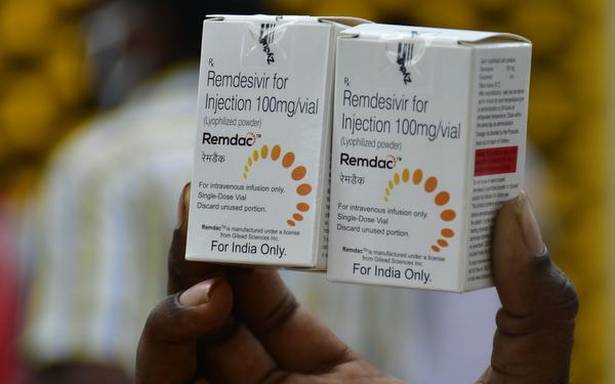 Several persons, who were accused of indulging in money laundering by hoarding and black marketing or supplying fake medicines and duplicate instruments like oximeter, have been summoned and interrogated

The Enforcement Directorate on Wednesday conducted searches at 10 locations in Kolkata in connection with its probe into corrupt practices such as hoarding, profiteering and black marketing of COVID-related essentials, an agency source said.

The central agency has registered six cases against persons who are allegedly involved in hoarding and overcharging of essential life-saving drugs such as Remdesivir injection, he said.

"We launched a crackdown on those who hoarded COVID-related essential items and indulged in black marketing during the second wave of the pandemic. Our teams are conducting searches at 10 locations in Kolkata," the ED source said.

The central agency hoped to recover incriminating documents relating to overcharging of various COVID relief materials during the search operations, he said.

Several persons, who were accused of indulging in money laundering by hoarding and black marketing or supplying fake medicines and duplicate instruments like oximeter, have been summoned and interrogated, he said.

"We are also probing into the fake vaccine racket run by Debanjan Deb and his allies. They had cheated innocent people and put many lives at risk by administering bogus vaccines," the ED source said.

Deb was arrested by the Kolkata Police in June for allegedly posing as an IAS officer and organising COVID-19 vaccination camps in the city.

Actor and Trinamool Congress MP Mimi Chakraborty, who had taken her COVID-19 vaccine shot at one of the camps set up by Deb, was the first one to raise the alarm as she did not receive the customary SMS that is sent to people after they have taken the jab.