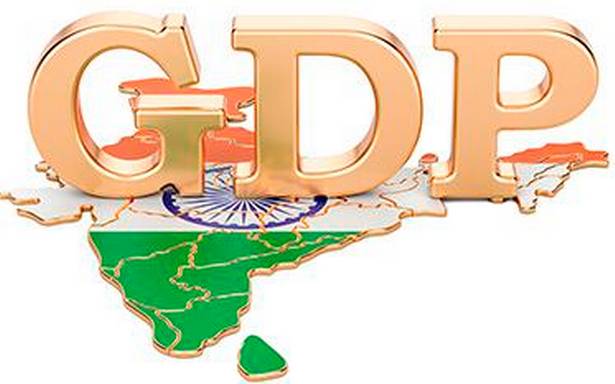 India’s Gross Domestic Product (GDP) grew by 20.1% in the first quarter of 2021-22, compared to the 24.4% contraction recorded in the same quarter a year ago, but economic activity remained well-below pre-pandemic levels thanks to the second wave of COVID-19.

Overall GVA in Q1 was still 7.8% lower than the first quarter of 2019-20, at ₹30,47,516 crore, while GDP remained 9.2% lower, indicating that the economy still has some way to go before it returns to activity levels prevalent prior to the pandemic.

Electricity, Gas, Water Supply & Other Utility Services, whose GVA grew 14.3% in Q1 of 2021-22, compared to a 9.9% fall last year, was the only sector along with Agriculture, Forestry and Fishing, to recover beyond the pre-pandemic levels of 2019-20.

The government said the NSO numbers ‘reaffirm’ its prediction of an ‘imminent V-shaped recovery’ made this time last year, and said the 20.1% rise in GDP ‘despite the intense second wave in the months of April-May’ highlights the continued economic recovery.

However, economists as well as the NSO cautioned about reading too much into the record quarterly growth print.

“The spectacular headline number cannot be interpreted as a V-shaped recovery. The fact that the economy has still not recovered to the 2019-20 level, which was in itself seen as a disastrous year for growth, is not good news,” said Alok Sheel, the RBI Chair Professor for macroeconomics at ICRIER. He added that the first quarter GDP is even lower than the first quarter of 2018-19.

“The share of consumption in GDP was lower this time which indicates that the second wave and lockdowns impacted households more than the first wave,” CARE Ratings chief economist Madan Sabnavis noted.

ICRA chief economist Aditi Nayar said the low base of last year’s stringent nationwide lockdown had ended up concealing the impact of the second wave of COVID-19 on the economy and the sharp year-on-year expansion in Q1 is analytically misleading, as it marks a sequential slowdown of 16.9% over the last quarter of 2020-21.

“The growth rates in 2021-22 in some cases are unduly high due to the low base,” the NSO pointed out as a caveat for interpreting the GDP estimates that show all major industries rebounding from sharp contractions in the first quarter of last year.

Construction and Manufacturing GVA recorded a 68.3% and 49.6% uptick between April and June this year, compared to a 49.5% and 36% contraction, respectively, last year.

“The main disappointment comes from the contribution of the government sector, both from the demand and output sides,” he said, pointing to government final consumption expenditure (GFCE) contracting by 4.8% in Q1 this year — the only demand segment to show a fall.

On the output front, public administration, defence and other services such as education, health and recreation grew 5.8% but remained 5% lower than the pre-pandemic level.

“This is a clear indication that the government has been far too cautious in increasing its expenditures to contain the fiscal deficit,” noted M. Govinda Rao, chief economic advisor at Brickwork Ratings.

“Manufacturing and construction were the key drivers of the pickup in GVA growth in Q1, whereas on the expenditure side, private consumption and investment powered the turnaround in the GDP performance,” Ms. Nayar said.

Chief Economic Advisor Krishnamurthy Subramanian said growth for the full year is likely to remain around the ‘ballpark’ of 11% as projected by the Economic Survey. India is poised for stronger growth, driven by structural reforms, the government’s push for capital expenditure to enable private investment and a rapid COVID-19 vaccination drive, he said.

However, economists were worried about a decline in public capital and revenue spending in July indicated by data released by separately by the Controller General of Accounts. “Despite the lifting of State-wise restrictions, revenue and capital spending contracted by 23% and 28%, respectively, in July 2021,” Ms. Nayar said.

The Reserve Bank of India and the International Monetary Fund had revised their growth projections for the year to 9.5%. CARE Ratings revised its GDP growth estimate for the year to 9.1% from 9.2%, following Tuesday’s data, as it expects growth rates in the next three quarters to be progressively lower with the base effect wearing off.