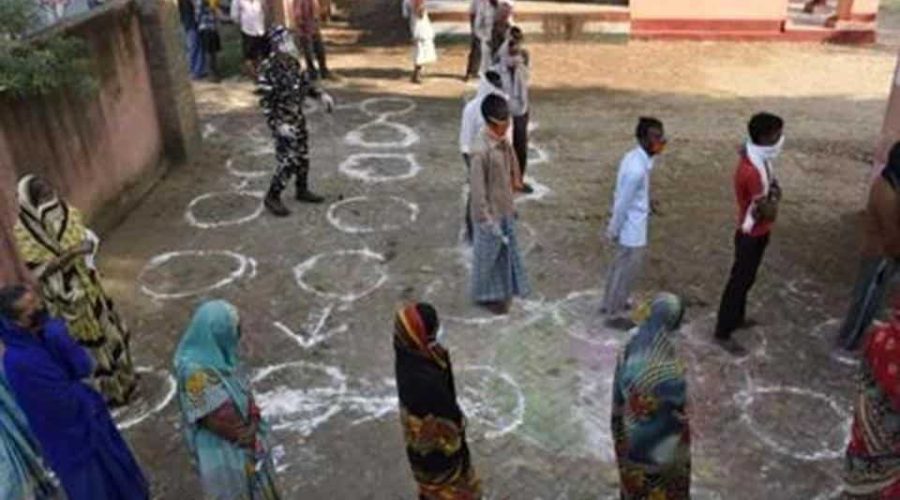 The Election Commission successfully held assembly polls in Bihar, one of India’s most populous states despite the Covid-19 pandemic and is now preparing to conduct polls in states and union territories as per schedule next year, its chief Sunil Arora said summing up 2020.

The Chief Election Commissioner (CEC) pointed out that the exercise involved nearly 7.3 crore voters and over 1.06 lakh polling stations.

“We were able to conduct a Covid-safe election, with a voter turnout of 57.34%, which was higher than the 56.8% turnout recorded during the previous election in 2015,” Arora told PTI.

This was also an election marked by enthusiastic participation of women voters, who outnumbered men at the polling booths, he said.

The facility of postal ballots was extended to citizens above the age of 80 years and persons with disability. Besides this, the EC also conducted elections across several states for Rajya Sabha seats, and by-elections for nearly 60 legislative assembly constituencies, he observed.

“All this was made possible through the zeal, commitment and dedication of lakhs of officials, security personnel, civil society organisations and individuals, and the support of all stakeholders, including political parties, and above all, the voters themselves,” he said.

“As I have already mentioned, it was a leap of faith for the Commission, and not a leap in the dark,” Arora said, referring to the decision of holding polls as per schedule.

Some political parties had earlier urged the EC not to hold elections amid the pandemic.

Bihar assembly elections were the first full-fledged polls to be held amid coronavirus. Over 4 crore of the total over 7 crore voters exercised their franchise. To ensure distancing norms, the EC restricted the number of voters per polling station to 1,000 from 1,200. This led to the increase in the number of polling stations.

Similarly, in West Bengal, where elections are due along with Kerala, Tamil Nadu, Assam and Puducherry next year, the number of polling stations would go up by nearly 28,000.

Details of other poll-bound states are being worked out.

In August, the poll panel had come out with broad guidelines to hold polls amid the coronavirus pandemic.

When the campaigning was in full swing, it issued an advisory for parties noting that Covid norms and health protocols were not being followed.

According to data made available by the Election Commission here and the office of the Chief Electoral Officer of Bihar, 156 cases were registered against “organisers” of rallies and meetings of various leaders and candidates for violating Covid-19 norms. Cases were registered against organisers as they had sought permission to hold rallies or meetings in which following health guidelines was mandatory, explained an official.

Ahead of the three-phase elections, the poll panel had made it clear that violation of Covid-19 guidelines during election period would be deemed as a violation of section 144 of the CrPC. Nearly 160 tonne of biomedical waste in the form of gloves, face masks and empty sanitiser bottles used by polling personnel and voters was generated during the Bihar assembly polls held amid the Covid-19 pandemic.

The poll authorities also relied on an inexpensive but effective technology used to track EVMs to ensure that the waste reached public health centres for its onward journey to the incinerator.

Following a Supreme Court direction in February, the EC in March asked political parties to justify why they chose candidates with criminal history to contest elections.

Assembly elections in Bihar were the first full-fledged polls where such details of their candidates were made public by parties.

Out of a total of 1,197 candidates with criminal antecedents who contested the recently-held Bihar assembly elections, 467 were fielded by recognised national and state parties, according to the EC.

The remaining 730 were either fielded by registered but unrecognised parties or had contested the polls as independents.

Meanwhile, the EC has also proposed to the government to extend the Electronically Transmitted Postal Ballot System (ETPBS) facility, so far available to service voters, to eligible overseas Indian voters.

In a letter to the legislative secretary in Law Ministry on November 27, the Commission said with the successful execution of ETPBS in case of service voters, it is now “confident” that the facility can also be extended to the overseas electors.

“The Commission is technically and administratively ready to extend this facility in general elections to legislative assemblies of Assam, West Bengal, Kerala, Tamil Nadu and Puducherry,” the poll panel said.

But the government is yet to take a decision on allowing the use of postal ballots for eligible overseas Indians to cast their votes as the move will need wider consultations with all stakeholders before a final call is taken, according to sources.

They also said that the Election Commission’s proposal to amend election rules to allow the use of postal ballot by overseas Indians, whose names figure in electoral rolls in India, is still at a bureaucratic level and is yet to be discussed with the political executive.