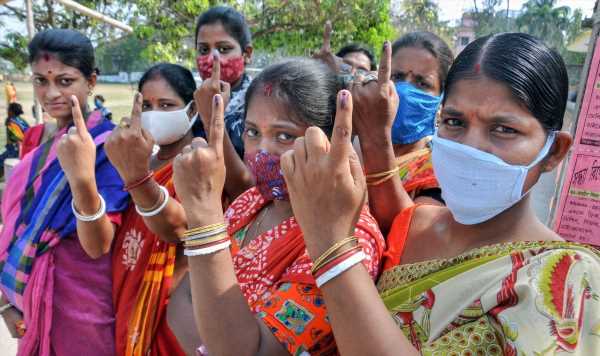 The Election Commission is confident of holding the five assembly polls due early next year, including in Uttar Pradesh and Punjab, on time as the poll panel has gained a lot of experience from the electoral exercise in Bihar, West Bengal and four other assemblies amid the coronavirus pandemic, Chief Election Commissioner Sushil Chandra has asserted.

“That is the foremost duty of the Election Commission that we should hold the elections and submit the list of the winning candidates (to the governor) before the term of the assembly expires,” Chandra told PTI In an interview.

He was asked whether the poll panel will be able to hold the assembly polls due in five states on time due to COVID-19 as recently it has deferred some Lok Sabha and assembly bypolls due to the second wave of COVID-19.

Some Rajya Sabha bypolls and biennial legislative council elections were also deferred due to the second wave of the pandemic.

“We have experience… We have learned various experiences on how to hold polls during the pandemic also,” he said.

“I am very much sure that with the receding pandemic now, and I wish the pandemic is over soon, we will absolutely be in a position to hold elections next year which are scheduled in five states on time, as per the schedule,” Chandra said.

While Uttar Pradesh, Uttarakhand, Goa and Manipur have BJP-led governments, Punjab has a Congress government.

Uttar Pradesh, the country’s most populous state, has approximately 14.66 crore voters, while Punjab has over 2 crore electors, according to January 1, 2021 data of the Election Commission.

The five states together have an estimated 17.84 crore voters.

Ahead of the Bihar polls held last year, the EC had taken various steps to ensure a ‘Covid-free’ election such as allowing people above 80 years of age and those suffering from COVID-19 to use postal ballot and reducing the number of voters per polling station from 1500 to 1000 to ensure distancing norms.

The number of polling stations had increased by nearly 80,000 in the four states and one Union Territory due to the distancing norms as a lesser number of voters were allowed per polling station.

The same principles were adopted in elections to West Bengal, Assam, Tamil Nadu, Kerala and Puducherry.

However, after it found that Covid safety norms were being flouted in West Bengal during campaigning, the Election Commission had banned roadshows and vehicle rallies in the state and capped the maximum permissible number of people at public meetings at 500.

The decision was taken when the last few phases of polls in West Bengal were still to be held.

The EC had said at that time that it was noting ‘with anguish’ that many political parties and candidates were still not adhering to the prescribed safety norms during the public gatherings.

The Commission had also banned victory processions during and after counting of votes.