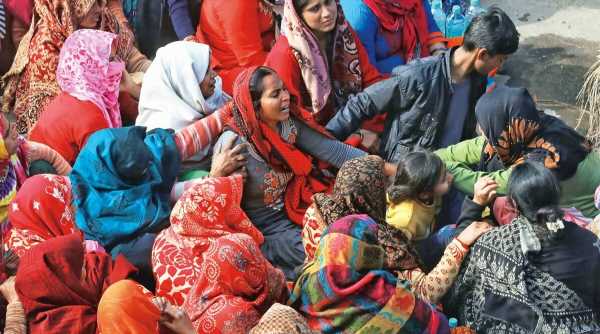 A day after, as the toll in the roof collapse rose by one more to 24, there were several families wondering what would happen to them now. 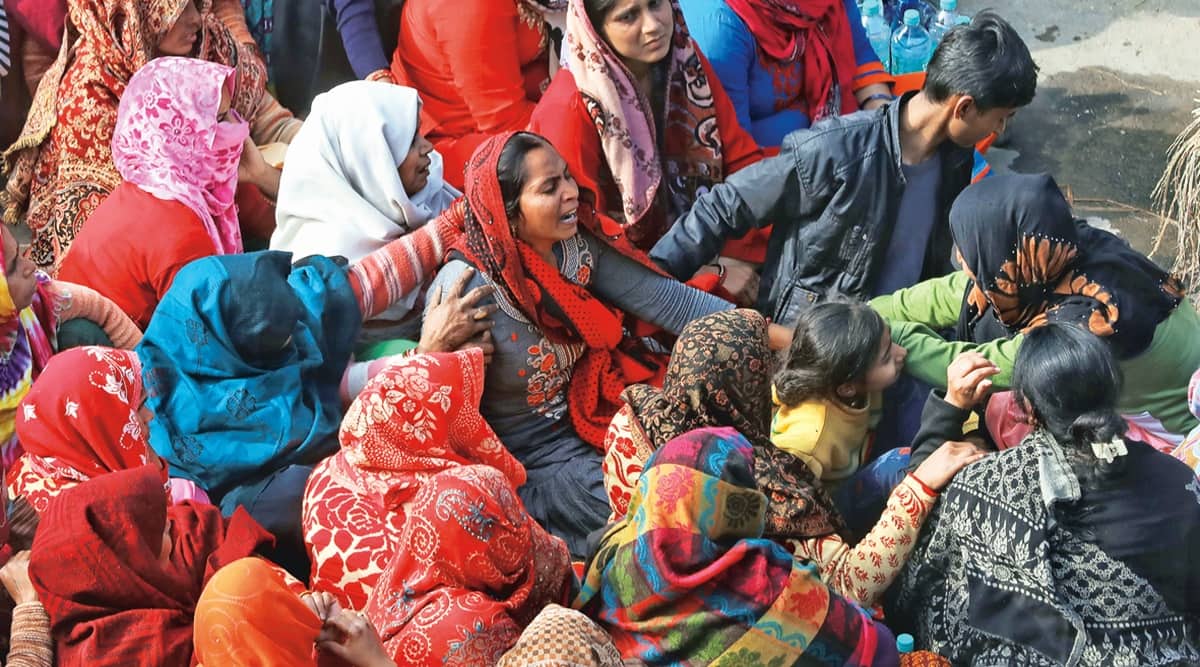 “HUM TOOT chuke hain (We are totally broken),” cried Mamata Khatri, 35, whose husband Pramod and a nephew died in the roof collapse at a crematorium in Muradnagar, Ghaziabad district, on Sunday, leaving the family without any earning member.

A day after, as the toll in the roof collapse rose by one more to 24, there were several families like Mamata’s wondering what would happen to them now.

Pramod, 36, and Robin Singh, 23, had gone to the crematorium for the last rites of Pramod’s uncle Jai Ram, a vegetable seller. Now all that are left in her extended family, Mamata said, are herself, her mother-in-law, her two children and Robin’s mother.

“My husband was a graphic designer and had a studio. Robin had joined a job at a private company just two days back. Robin’s father, my husband’s elder brother, died last year,” she said, adding, “There is no respite from death.”

Five families, including Mamata’s, sat on Monday on the Meerut-Delhi highway, with the bodies of their loved ones, demanding accountability. Residents of neighbouring areas joined them in support, and their protest continued even as it rained.

Four arrests have been made based on the FIR filed against two municipal officers and the contractor involved in the construction of the roof, finished just two months ago. Those arrested include Nagar Palika Executive Officer Niharika Singh, Junior Engineer Chandra Pal, contractor Ajay Tyagi and supervisor Ashish.

On Monday afternoon, the office complex of the Muradnagar Nagar Palika Parishad was empty, with all rooms locked. Ghaziabad DM Ajay Shankar Pandey could not be contacted.

Another woman protester, also called Mamta (38), said her husband Omkar (41), who was among the dead, was also the sole bread-winner of the family. “I have two children, 16 and 18, both of whom study in a local private school, and we live with my mother-in-law. My husband had a job at a private company,” she said.

Jai Ram was their neighbour and Omkar had gone for the cremation while she stayed back. “We got a call that an accident had taken place at the crematorium, and we rushed there. When we reached, we saw everyone was crushed under rubble,” Mamta said.

With husband Sunil Dhakolia, 44, among the dead, Pushplata is left with four children, aged 18, 14, 10 and 9. Siya, 14, sat with her mother on the road with Dhakolia’s body on Monday. “We all go to school,” she said, adding that the monthly rent alone for their house was Rs 3,000.

The families vacated the road only after six hours, on the intervention of IG, Meerut Range, Praveen Kumar, Divisional Commissioner Anita Meshram and DM Pandey. The officials handed over signed notes promising the families Rs 10 lakh compensation, free education for their minor children, a government job for a member each, and strict action against those guilty for the lapses that led to the incident.

01/05/2021 India Comments Off on Earning members among 24 dead at crematorium in UP, families left destitute
TV & Movies