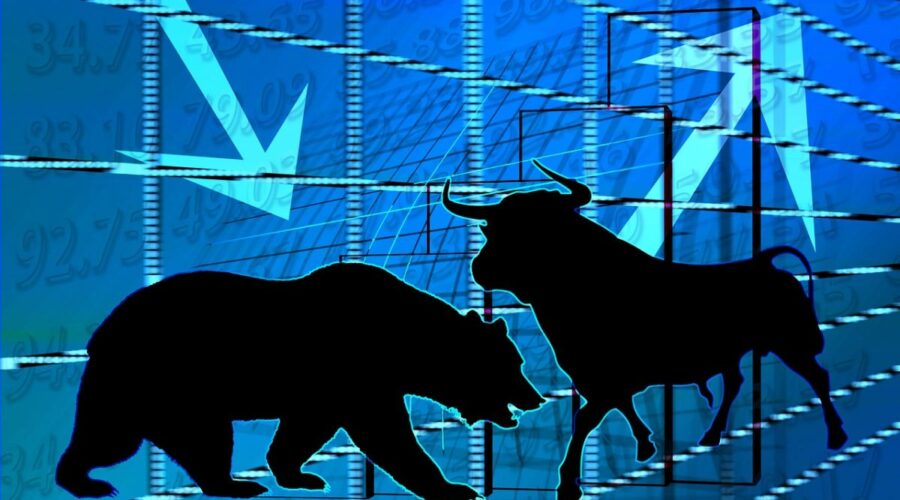 ‘India seems to be on a relatively better wicket compared to other emerging markets.’

It has been a choppy phase for global equity markets since the US Federal Reserve hiked rates sharply in September.

Can global markets go back to their June lows, or dip further?

The rally since mid-June was fuelled by improved sentiment over the fall in oil/commodity prices, as well as expectations that the Fed would incrementally become less hawkish due to concerns around recession.

However, the recent upmove in global equities was short-lived and more like a bear market rally, with the Fed reinforcing its hawkish stance.

That said, Indian equity markets have so far attempted to decouple from the global market rout, primarily due to steady improvement in domestic economic activity and the earnings momentum holding on, coupled with strong domestic flows through the year, as well as foreign institutional investors (FIIs) turning buyers of Indian equities recently after a long gap.

Will Indian markets chart their own course over the next few months?

Looking ahead, there could be three major challenges.

One, domestic flows are showing signs of fatigue and may not enjoy the same momentum as in the recent past, especially in the backdrop of increasing global uncertainties.

Two, the strengthening of the US dollar might slam the brakes on FII flows, which had made a comeback after a gap of nearly nine months.

Three, domestic interest rates have gone up amid the Reserve Bank of India’s tightening, and the opportunity cost for equity investors has therefore risen.

However, India seems to be on a relatively better wicket compared to other emerging markets.

Even if they incrementally follow the broader trend in global equities, the downside may be limited due to relatively superior economic and earnings growth momentum.

After inflation, will the liquidity squeeze come to haunt markets, especially when the Fed starts to shrink its balance sheet aggressively?

The Fed is steadfast in its resolve to bring down inflation, and the current period of rising interest rates is certainly a testing period for equities as the world is staring at an imminent recession.

The evolving geopolitical scenario, and the consequent disruption of supply chains and energy crisis, is further compounding the woes.

Having said that, global markets have already corrected significantly — the S&P 500 and the Nasdaq 100 have fallen more than 20 per cent and 30 per cent, respectively, year-to-date this calendar year.

Should US markets break the June lows convincingly, we could witness further downside.

But if the Fed manages to deliver a soft landing for the US economy and probably soften its messaging, markets can potentially bounce back meaningfully.

What has been your market strategy since end-June?

We had become cautious on information technology and consumer staples on account of their valuations.

At the current juncture, we would tactically suggest having a defensive stance for the near term and increase allocations to sectors such as IT, health care, and consumption.

Where do you see the leadership emerge from if markets were to move higher?

The financial sector should continue to do well over the next few years.

A combination of improving credit growth (aided by revival in the capital expenditure cycle) and lower credit cost (with a much cleaner book) should help the sector log robust earnings growth.

Considering the large weighting the sector has in the benchmark indices, it would remain a key driver for equity markets.

Apart from financial, a few other sectors we expect to do well include industrial and infrastructure, home improvement, and consumption.

One sector that may potentially emerge as a dark horse is healthcare, which has seen massive underperformance over the past few years.

We believe this ailing sector has been gradually crossing various hurdles, including regulatory challenges and generic pricing erosion, and investments should now start seeing monetisation.

What are your expectations from the September quarter earnings season?

The September quarter earnings could possibly mark the bottom in terms of margin performance, having borne the brunt of higher input costs/high-cost inventory.

The prices of many commodities have been cooling off over the past few months.

Additionally, supply chains have seen some easing and freight rates have also started coming down.

Until now they had not been able to pass on the cost pressures in entirety.

We should see margins getting gradually restored due to a combination of easing input cost pressures and higher realisations.