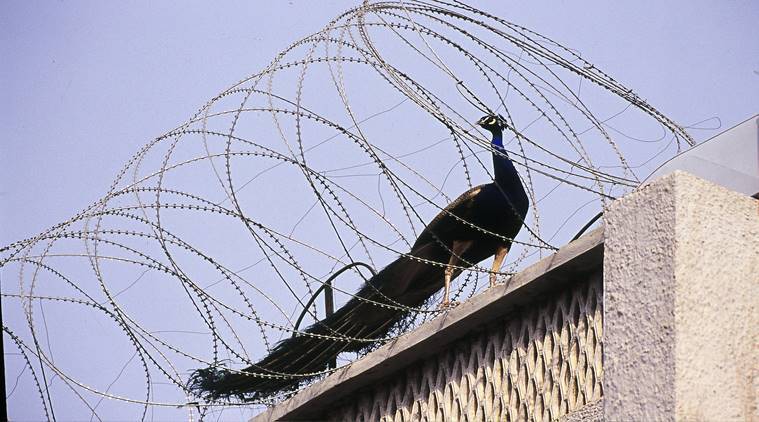 In a peacock’s world, every body part, from the ornamental headdress to the train, plays a role. Mother Nature frequently bowls googlies. Natural selection, for instance, weeds out everything that is useless. Only those traits in a living organism are encouraged which help in its survival in a harsh and hostile world.

Why then — you might ask — do peacocks trip about dragging those enormous, basically useless, yet very beautiful, trains behind them? It can be a huge impediment, always a deadweight when you have to fly, and ever ready to snag in branches and thorns, if you had to get away from a tiger or leopard.

It made Charles Darwin frown. But he did hit upon the solution: Cherchez la femme! He formulated the theory of sexual selection. There were two aspects to this. One: it was the girls who decided who they liked and wanted to go with. And they had a hell of a lot of investment involved in this: they could give birth usually only once or so in a season, (unlike the guys who could go off philandering) to a limited number of babies, so, they had to ensure that their babies were of top class material. They had to be picky about the dudes they chose and what they liked about them. Some of their choices seemed sensible: for instance, choosing a stag with the biggest, strongest antlers. He was macho, and could take on the best and win. His babies would be strong and virile. But sometimes, the girls’ choices seemed absurd and frivolous: like the way they went gaga over the ludicrous — but often so gorgeous — tassels, tails and wattles sported by birds-of-paradise. To say nothing for our own homegrown peacock and its train. These appendages served no purpose at all — from a survival point of view. Even huge antlers could be an impediment — getting caught in branches while its owner fled from predators in the jungle.

Yet, not only did these ornamental gewgaws survive, they got more absurd and outrageous in the passing of evolutionary time. You see, the girls loved them, wanted their babies to have them and only went with the guys which had them.

It also led to competition between the dudes: the guys with the most outrageous headdress, or train, got the chicks. Even if it meant that you would end up being starters for a tiger or leopard or dinner for eagles. And yes, if you could show you had the best, you could make out with an entire harem. And here, natural selection met sexual selection. Only the fittest survived.

As far as the completely useless ornamentation was concerned, well, the dudes knew it brought the chicks flocking to them — so even if they posed a risk to survival — the males went for it. You have to give a girl what she wants, if you want to get what you want. And if you can make out with as many as possible before you become a snack for a carnivore, well, your little babas and babies will pass on the good work (and genes). They do, and the particular ornament gets passed on and embellished rapidly (ending up looking ludicrous sometimes) as the generations pass. As for you — you’ve done your duty!

Now why would the ladies be so perverse as to find completely useless appendages so attractive? Admittedly, many of these feathers, crests and trains are really gorgeous — so maybe they like them just because they’re so beautiful. Most biologists don’t agree with this because it implies that birds — and beetles, for that matter — have a sense of aesthetics, which their brains are not capable of developing. Possibly, it’s just whimsy.

One theory suggests that the girls choose these guys because, in spite of, say, the 6 ft train dragging behind in the case of the peacock, they made it to adulthood and are running after chicks! They’ve seen it all and have come through despite the impediment. It makes them look fit and taut — like they’ve spent all their time in the gym (or at the hairdresser’s) toning up. It means they have good genes — genes the girls like and want their babies to have. However, there’s apparently been no hard evidence that this is the case, so this theory seems to have fallen by the wayside.

The same happens with us. Girls go gaga when confronted by rock stars, beefy wrestlers, boxers, racing drivers or footballers. Guys do their best to emulate those studs — so that they can get the girls, too. Being a boxer or wrestler may improve your survival chances in a fight, but it equally implies that you’re more likely to get into a fight in the first place — and get injured or worse — and that has no survival value. But, as any dude will tell you, it’s a risk worth taking. Ask the peacock.

Ranjit Lal is an author, environmentalist and bird watcher