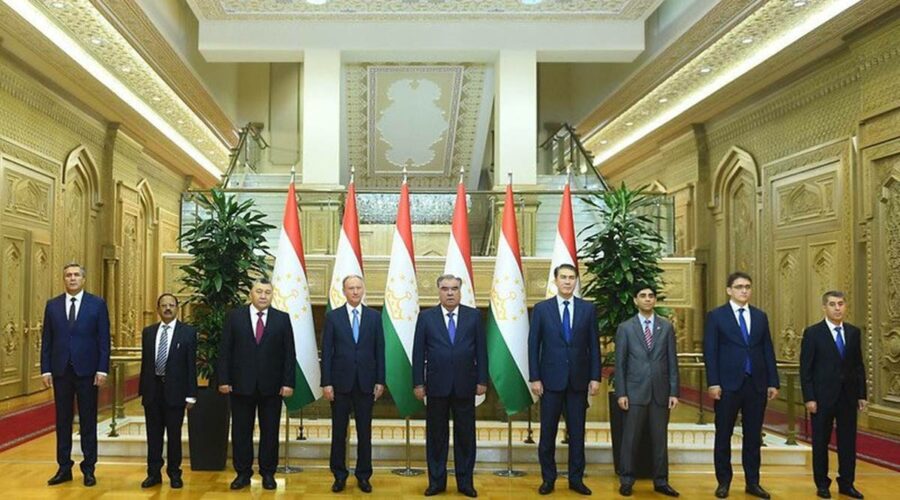 India and Pakistan have been holding back-channel talks for the last few months, with Doval leading the Indian initiative with Pakistan’s civilian-military leadership. National Security Advisor Ajit Doval and Pakistan counterpart Moeed Yusuf joined NSAs of the Shanghai Cooperation Organisation member countries in Dushanbe where they agreed to cooperate in the joint fight against the threats of “international terrorism”, “extremism”, “separatism” and “religious radicalism”, a statement issued by host Tajikistan stated Wednesday.

The official statement, issued in Tajik, said special attention was given to the “current military and political situation in Afghanistan” and the risk of “escalation”.

It said the NSAs met Tajikistan’s President Emomali Rahmon. This was the 16th meeting of the Secretaries of the Security Councils of the Shanghai Cooperation Organisation.

President Rahmon said Tajikistan, as the current SCO chairman, attaches great importance to the meeting of the NSAs. Cooperation in the joint fight against the threats of international terrorism, extremism, separatism, religious radicalism, the risks of increasing transnational organised crime, including arms and drug trafficking, were discussed at the meeting, the statement said.

The Regional Anti-Terrorist Structure (RATS) of the SCO, it said, can play an important role in ensuring regional security and strengthening ties between member states in combating threats and challenges of the modern world.

The meeting also discussed cooperation between member states in ensuring reliable information security, the joint fight against cybercrime and the issues of biological security and food security in the context of the coronavirus pandemic, the statement said.

Besides Doval and Yusuf, the meeting was attended by Asset Issekeshev of Kazakhstan, Marat Imankulov of the Kyrgyz Republic, Nikolai Patrushev of Russia, Nasrullo Mahmudzoda of Tajikistan, Bobur Usmanov of Uzbekistan and RATS Director Jumakhon Giyosov. There was no representative from China, according to the Tajik statement, nor was he seen in the group photo with Rahmon.

According to Russian news agency TASS, the Russian Security Council said Patrushev and Doval discussed in detail “further plans of the Russia-India interaction in the security sphere, cooperation among the security and law-enforcement agencies”. The two NSAs had met on Tuesday and had exchanged opinions on the situation in Afghanistan and the Asia-Pacific region, it said.

While there was no word about a possible meeting between Doval and Yusuf, the fact that the two shared the table was a significant development in the wake of the fluid situation in Afghanistan and the fragile LoC peace between India and Pakistan that has been holding for the last four months.

India and Pakistan have been holding back-channel talks for the last few months, with Doval leading the Indian initiative with Pakistan’s civilian-military leadership. He was said to have met Yusuf and ISI chief Lt Gen Faiz Hameed in a third country, and had also kept communication channels open with Pakistan Army chief Gen Qamar Javed Bajwa.

06/24/2021 India Comments Off on Doval, Pakistan NSA agree to cooperate in SCO fight against terrorism
India