Shailajanand Mishra lists the Hottest Videos of the Week! Take a look. 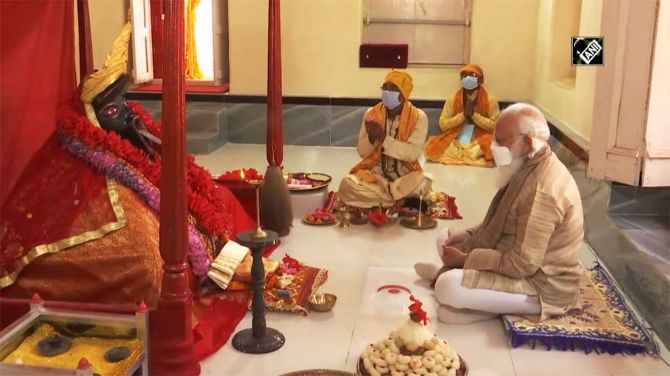 Every week is full of exciting events. And we make sure we bring you the most interesting ones, with a special twist.

So if you’d like to see your favourite video on our weekly round-up, make sure you like them on iShare.

Prime Minister Narendra Damodardas Modi offered prayers at the Jeshoreshwari Kali temple in Bangladesh’s Ishwaripur village, during his two-day visit to the country.

She was campaigning for BJP candidate Vanathi Srinivasan who is contesting the April 6 assembly election against among others movie star Kamal Haasan.

A water cannon salute was given to IndiGo’s debut flight at Rajkot airport.

With this new flight, which will operate from Mumbai to Rajkot, operations to the city in Saurashtra will increase to double digits for the first time in six decades.

Four policemen were injured after some Sikh youth broke the gates of a gurdwara in Nanded and attacked the cops.

Nanded Superintendent of Police Vinod Shivade said, “Permission for Hola Mohalla wasn’t granted due to COVID-19 restrictions. The gurdwara committee was informed and they had said that they would do it inside the gurdwara.”

Jawans from the Indo-Tibetan Border Police celebrated Holi at an altitude of 17,000 feet near Galwan in Ladakh.

The jawans danced to popular songs with full enthusiasm.

The ship that blocked the Suez

The ship MV Ever Given, which had blocked the Suez Canal in Egypt for almost a week after getting stuck sideways in the channel’s narrow passageway, was finally fully refloated, allowing maritime traffic to resume.

An 84 year old from Shivamogga has been passionately working towards preserving his love for mangoes.

B V Subba Rao Hegde has identified and preserved over 100 varieties of mangoes in his small backyard.

His passion was born due to his love for mango pickles.

Rao has visited around 16 villages in the Western Ghats to collect the local varieties of appe midi, the mangoes used for making pickle.

Catch up with the B-town divas…

Disha Patani visited a salon in Bandra, Mumbai’s popular western suburb. The actress is busy with her next venture, the Salman Khan starrer, Radhe.

Kareena Kapoor Khan was out and about as well. She will be seen in Laal Singh Chaddha this year, along with Aamir Khan.

Panchukla-based Vaishnavi Gupta used to be known as the Google Girl.

Now, she has become the Hula Hoop Girl after she set a world record by rotating a hula hoop around her waist 190 times in a minute while standing on one leg.

The Triumph World Records acknowledged the nine year old’s remarkable feat. The record was registered on May 13, 2020. 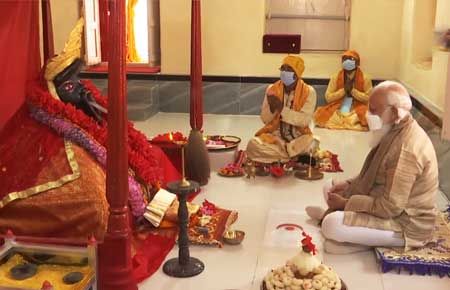