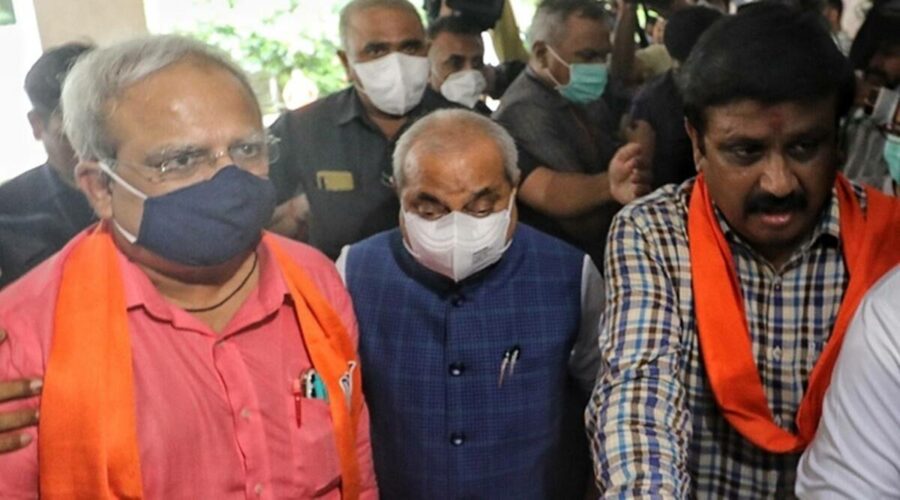 Patel could not hold back his tears as he recalled the "support" he had received from the people of his two constituencies — Kadi and Mehsana — during his six terms as an MLA of Gujarat. 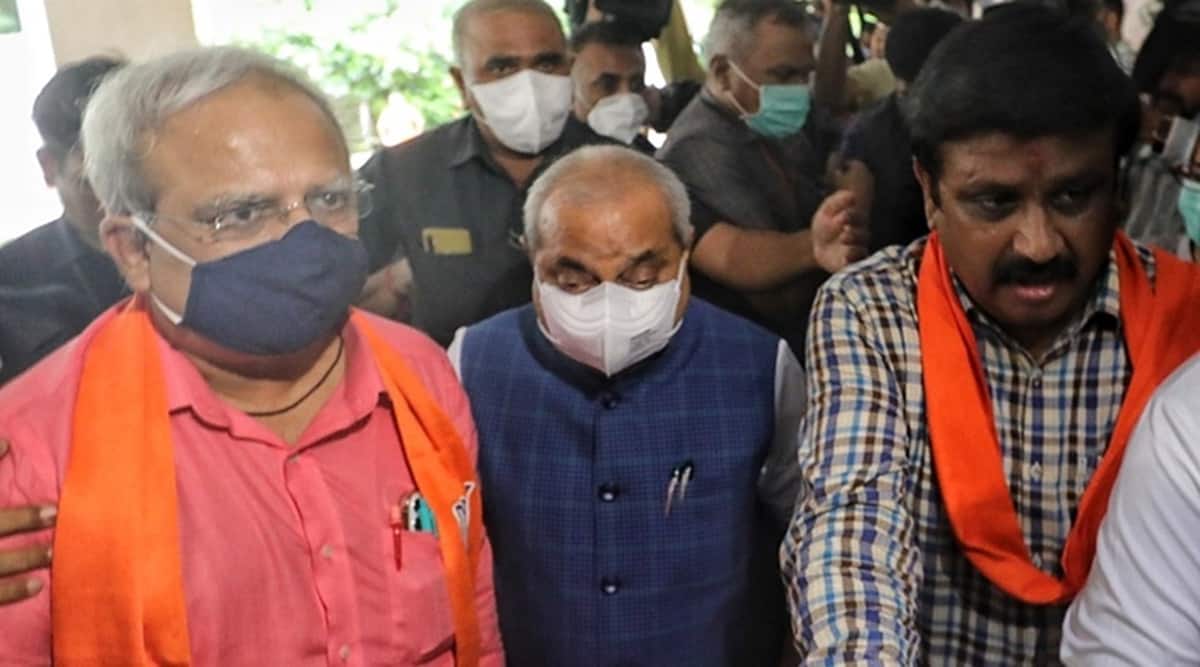 Hours after he remarked that “no leader can become big by sidelining a grassroot worker or voter” at a media interaction in Gandhinagar on Monday, outgoing Gujarat Deputy Chief Minister Nitin Patel, who was among the frontrunners to the post of the chief minister, following the resignation of Vijay Rupani, told The Indian Express that he does not feel “upset or sidelined”.

Patel, who remarked in Mehsana on Sunday that a leader who has won the hearts of the people can never be ousted, denied that it was a comment made to the leaders of the Bhartiya Janta Party (BJP).

The outgoing deputy chief minister turned teary-eyed while speaking to reporters on Monday and said he has “a debt of the people” who supported him throughout.

“I am a representative of Mehsana — I am a two-term MLA from here. I had four terms as an MLA from Kadi. So, I am a six-term MLA and with the blessings of the voters of Kadi and Mehsana and also the party workers who supported me… whoever has made me what I am today, I am accepting the debt I owe them for their support. It is in my principles (sanskaar) and that is what I have said,” Patel said.

When asked if he had been saddened at being sidelined, Patel told The Indian Express, “I absolutely do not feel sidelined.”

Patel, who held the office of the Deputy Chief Minister since 2017 along with Finance, Road and Building, Capital Projects, Narmada-Kalpasar and Health & Family Welfare Departments of the Gujarat government, said that he would continue serving the people of his constituency in any capacity. Patel said, “I cannot say right now in what capacity things will go forward from here.”

Earlier on Monday, while speaking to reporters Patel could not hold back his tears as he recalled the “support” he received from the people of his two constituencies — Kadi and Mehsana — during his six terms as MLA.

When asked about his comments made in Mehsana on Sunday, Patel said, “Until the time, a person has place in the heart of the people — be it a sage or a spiritual leader — till that time he remains a big person. Similarly, until company brands carry the prestige associated with them, they have value. In politics, right from the smallest grassroots worker to a big leader, whoever has place in the hearts of the people (stays), that is what I said.”

“One can also do a lot of good work and win the hearts of the people and become a big person. By sidelining anyone or keeping them aloof — whether it is a grassroot worker or voter, no leader can become big,” he added.