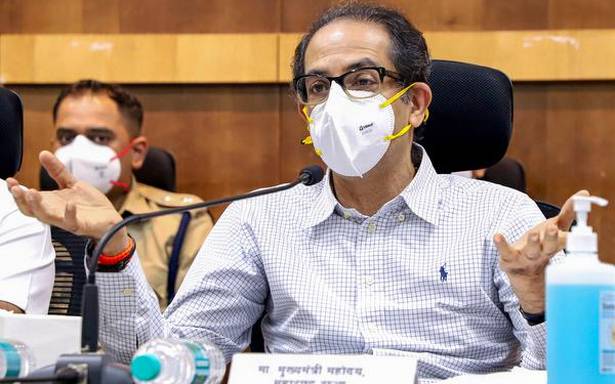 A senior Minister said the department’s operations are so bad that the government is set to face backlash and villagers will literally “chase us out” while another Minister commented that “the State budget is unlikely to bring the department and its companies out of financial mess”.

Taking note of the strong reactions, Mr. Thackeray directed that power connections for drinking and farming purposes should not be cut in villages, irrespective of the bill arrears.

“The actual usage for agriculture is around 15%. Officials add power wastage to farm section and exaggerate the numbers. Fake power usage also means subsidy is being wasted,” the Minister said.

According to sources, Agriculture Minister Dadaji Bhuse of the Shiv Sena, Irrigation Minister Jayant Patil of the Nationalist Congress Party (NCP), Public Works Department Minister Ashok Chavan of the Congress and Animal Husbandry Minister Sunil Kedar of the Congress raised serious objections on the functioning of the department, which is held by Nitin Raut of the Congress.

The issue of extravagant expenditure on the Corporate Social Responsibility (CSR) activities was also raised. “The loan amount on all three companies, MahaGenco, MSEDCL and MahaTransco, is above ₹70,000 crore and the department is busy supplying 200 ambulances under CSR. What should be the priority?” a Minister asked. Directions have also been issued to probe the expenditure on the CSR.

A senior Minister went to the extent of suggesting disinvestment of the loss-making MahaGenco, the power generation company. “The State budget can never prove to be sufficient. The option of disinvestment can also be explored if need be,” he said, according to sources.

Mr. Raut said his department was struggling due to non-payment of power bills. “Floods have put the department in a financial mess and ₹73,000 dues are pending,” he said.