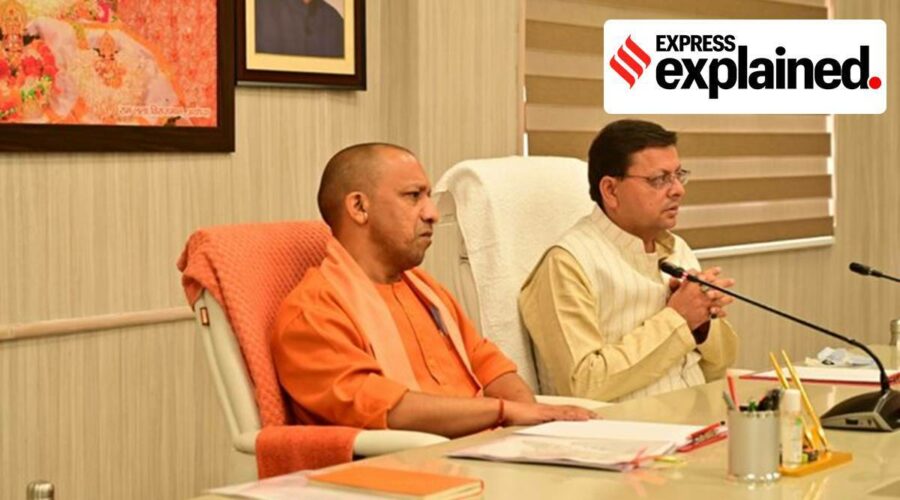 Uttarakhand was formed on November 9, 2000 following the Uttarakhand movement in undivided UP. This was soon followed by disputes over assets and liabilities, mainly of the irrigation, transport, housing, forest, food & civil supplies and tourism departments. 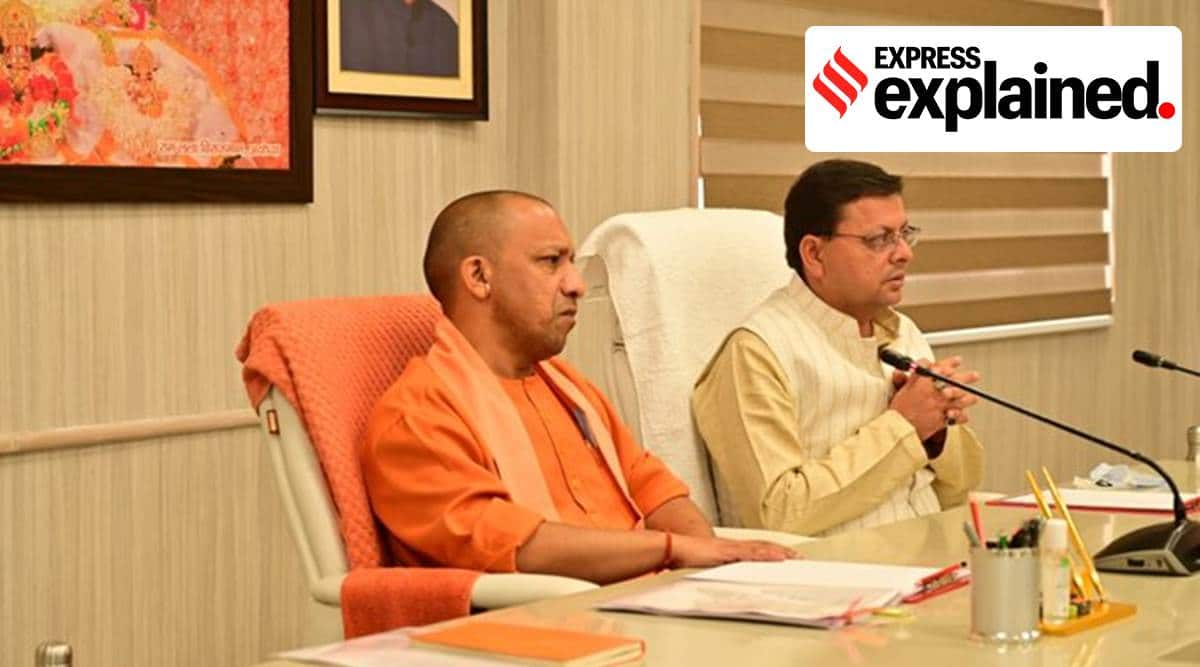 Months ahead of Assembly elections in their states, Uttar Pradesh Chief Minister Yogi Adityanath and his Uttarakhand counterpart Pushkar Singh Dhami recently reached an agreement on the division of assets and liabilities, a subject the two states have discussed and debated ever since Uttarakhand was carved out of UP 21 years ago.

History of the dispute

Uttarakhand was formed on November 9, 2000 following the Uttarakhand movement in undivided UP. This was soon followed by disputes over assets and liabilities, mainly of the irrigation, transport, housing, forest, food & civil supplies and tourism departments.

Uttarakhand leaders would cite the Uttar Pradesh Reorganisation Act 2000, under which any property should be owned by the state where it is situated, and would allege that UP had not handed over control of even 41 canals which flowed from and back into Uttarakhand. They cited the examples of Tehri Dam, Nanak Sagar Dam, Baigul Dam, Tumaria Dam (out of six dams located in Uttarakhand and controlled by UP) and Haridwar’s Alaknanda Guest House (controlled by UP Tourism, and now being handed over to Uttarakhand).

Successive governments in both states have made attempts to resolve these issues over meetings between their chief ministers, other ministers, and bureaucrats. On some occasions, disputes related to irrigation, transport and sharing of employees and liabilities have reached the courts. While the case on sharing of employees has since been resolved, the other matters are pending.

In 2018, when Trivendra Singh Rawat was Uttarakhand CM, a formula was proposed that irrigation department assets will be divided in the ratio 75:25, with Uttarakhand getting the larger chunk.

Under the agreement signed between Dhami and Adityanath on Thursday, the irrigation Department officials of the two states would meet within 15 days to conduct a joint survey of 5,700 hectares of land and 1,700 buildings in Uttarakhand that are under the control of the UP Irrigation Department. The study would identify the properties that will be useful for UP, and the rest would go to Uttarakhand.

UP has granted permission to Uttarakhand conduct tourism and water sports activities in the Dhaura, Baigul and Nanak Sagar water bodies in Udham Singh Nagar district and the Upper Ganga canal at Roorkee. The UP irrigation Department will soon release an order on this.

Following the division of the Uttar Pradesh Forest Department and Uttarakhand Forest Development Corporation, UP had paid around Rs 77.31 crore to Uttarakhand; another Rs 13 crore will be deposited in a joint escrow account.

The meeting also decided that the UP Transport Department’s dues will be decided as per the circle rate in 2003, along with interest; this comes to Rs 205.42 crore. As Uttarakhand owes Rs 105.43 crore to the UP Food and Civil Supplies Department, the amount will be adjusted. The states also resolved that the UP Irrigation Department’s bus stand land in Kichcha in Udham Singh Nagar district would be handed over to Uttarakhand within 15 days.

The two governments also decided to equally share the incomes and liabilities generated by the assets and properties of the Uttar Pradesh Awas Vikas Parishad located in Uttarakhand. The Alaknanda Guest House will be transferred to Uttarakhand, and inaugurated next month.

The Chief Ministers agreed to withdraw cases pending in courts and resolve them through mutual consent. It was also decided that the UP Irrigation Department would reconstruct barrages at Banbasa on the India-Nepal border and Kichcha that were damaged in natural calamities.

After the two state governments claimed to have resolved their disputes, former Uttarakhand CM Harish Rawat of the Congress alleged that Dhami had “surrendered” to his UP counterpart over the agreement on the division of assets and liabilities.

He alleged that not only have the present rights of Uttarakhand been sold out to UP, but the future rights related to water, too, have been handed over. In 2018, when the BJP governments in both state governments had agreed on dividing the Irrigation Department assets in a 75:25 ratio with Uttarakhand getting the larger chunk, the Congress had opposed in then too, he said.

Congress organisation general secretary Mathura Dutt Joshi said the Uttar Pradesh Reorganisation Act clearly states that a property will be owned by the state where it is situated, and the Uttarakhand government need not have given in to Uttar Pradesh. He also questioned why the dues of the UP Transport Department were decided as per the circle rate in 2003 and not as per the current, higher rate.

The Congress has said it will protest against the agreement in the Assembly, call on Governor Lt Gen (retd) Gurmit Singh, and explore legal ways to oppose the agreement.

11/30/2021 India Comments Off on Division of assets between UP, Uttarakhand: old dispute, new agreement
India