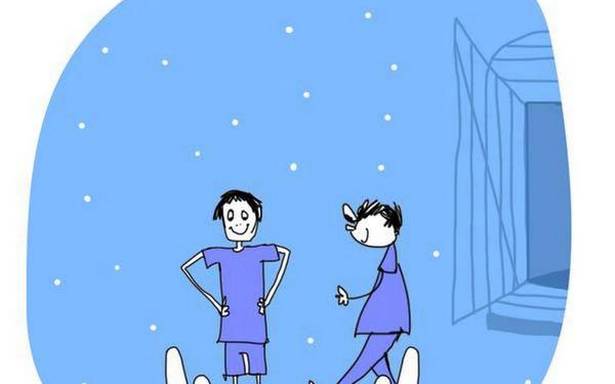 Children in conflict with law are gently guided to the mainstream, with mental and material support, under Kaval

Anu was a Plus One student when it came to light that a fellow girl student with whom he was in a relationship was pregnant. The girl was provided with support under the law. Anu, meanwhile, was charged under the Protection of Children from Sexual Offences (POCSO) Act.

His school decided that it did not want him to continue there, though it was the fag end of the academic year.

The Juvenile Justice Board, on the basis of social background and a scientific tool developed by the National Institute of Mental Health and Neurosciences (NIMHANS), Bengaluru, referred Anu to Kaval, a novel project that provides psychosocial care to children in conflict with law.

The Juvenile Justice (Care and Protection of Children) Act, 2015, defines a child in conflict with law as someone who is alleged or found to have committed an offence and who has not completed 18 years of age on the date of commission of the offence.

Children living in slums or colonies where antisocial activities are higher, children whose parents are involved in criminal activities, children who have mental health problems or difficulties in learning, those subjected to various kinds of abuse, and children who are into substance abuse are usually found to be in conflict with law.

Kaval was initiated in the State in 2015 by the Women and Child Development Department and the Department of Psychiatric Social Work, NIMHANS, to reach out to such children.

Kaval intervenes to help the children at four levels – individual, family, community, and school/education – through trained professionals in non-governmental or community-based organisations to create an environment conducive to their growth.

In Anu’s case, he was entrusted to a non-profit organisation which after assessing him using scientific tools found that he was very bitter about the case registered against him, the issues with the school, and having no contact with the girl.

Individual and group counselling to let him vent his feelings and overcome his anger were followed by school-level interventions. On the directions of the Juvenile Justice Board and the support of the District Child Protection Unit, his teachers were approached and social and political pressure was exerted on the PTA to give Anu a second chance. Even the child rights panel was roped in to issue a directive. Prompt action was also necessary to ensure Anu did not become involved with antisocial elements, some of them his relatives, in his locality.

Anu grabbed the opportunity. While earlier he wore the badge of bad boy with pride, he now dissuaded other students from misbehaviour.

After it was found that his family could not support him beyond a point, mentors in the community were roped in to keep him on the right path and focus on his education.

Today, Anu is pursuing his undergraduation. He has received lessons in life skills to build up his self-esteem, manage his emotions, and interpersonal relationships.

Baby Prabhakar of The BluePoint Org which supported Anu says the case is proof that society has a heart and if it backs someone, the person can correct his/her ways and make a success of their life.

Anu too counts his blessings. He says his family never let go of him despite their initial anger. And his mentor has been a source of strength for him, even meeting his expenses. “If there were someone in my life like him earlier, I would not have landed into these difficulties,” says Anu.

He is hopeful of his future. He attends PSC coaching, wants to give the Civil Services a try, and marry the same girl he was with in school.

Mr. Prabhakar had a tougher time with Giri who, along with two other students, was involved in a case of stealing computers from their school. The trio wanted to open a café.

As the computers were stored in Giri’s house, his father and brother too were arraigned in the case. Repeated visits by the police and case hearings put a huge strain on the family ties. Giri’s mother had to skip work many times to accompany him to court. It didn’t help that Giri had anger management issues.

Today, after extended sessions, Giri smiles readily. Though he is yet to complete his Plus Two, he is working in a store, managing its finances. His immediate dream is to make a trip to the Himalayas on a motorbike, but in the long-term wants to open a shop of his own.

Peer influence too has had an impact in his turnaround. In fact, all the three children involved in the theft have benefited from each other’s support. While one has finished an ITI course, the other is working in a branded shop.

At times though, despite all the hard work, case workers find themselves back to square one. Anuj, 20, an accused in a sexual abuse case was doing his Plus Two and working in a vegetable shop after school when he was picked up by the police.

He refused to talk to the Kaval team. Rumours swirled of him being a drug dealer. Social withdrawal and financial crisis added to problems.

Then, the team discovered his passion for chess and used it to motivate him to resume studies. He even trained other students in chess and stopped using intoxicants. But with the case hearings getting extended, Anuj is in the throes of despair. The Kaval team is now working on getting him to restart chess training to give him a purpose in life.

Sachin had psychiatric treatment before he was referred to the Kaval team in Kannur. Owing to severe drug addiction, he was sent for deaddiction. Psychiatric help was also provided simultaneously. He was taken to NIMHANS twice after suffering a relapse. A part-time job at an Ayurveda resort did not last a week. He was identified as borderline schizophrenic, having conduct disorder. However, medicines, therapy, and counselling have gradually brought about a change in his aggressive behaviour.

Encouraged to plan ahead, Sachin expressed the desire to study graphic design. Kaval is now exploring options to send him to his relatives abroad where he can follow his interests once the case against him is closed.

In Kollam, the Kaval team came across a boy involved in an assault case. An assessment found Preet hyperactive, lacking focus, and with learning disability. He had attempted suicide, after a girl rejected him. He was also driven by thoughts of revenge on the girl’s brother who assaulted him.

Even as efforts to motivate him to pursue a technical course were on, Preet stopped getting in touch with the team.

A worried Kaval team found he had been arrested on a beach with his girlfriend. The girl’s family did not pursue the case, and efforts began in earnest to get him out and send him along with his elder brother. The team educated him about planning for the future and saving money. Despite slight adjustment issues, Preet is working now and has savings to his name.

“Despite the taboo associated with such cases, Kaval has proved that with proper support, these children can be reintegrated into society,” says Pavin Nath who is part of Kaval’s Kollam team.

(Names of all children changed)