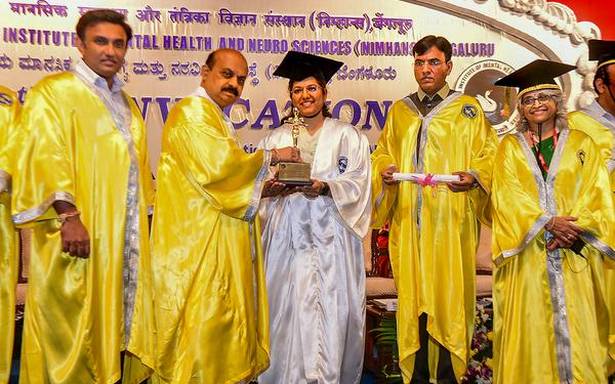 K. Sudhakar drew widespread criticism for saying many modern Indian women want to stay single and are not willing to bear children even after marriage

After his remarks that many modern Indian women want to stay single and are not willing to bear children even after marriage drew widespread criticism, Health Minister K. Sudhakar clarified that he did not mean to single out women, but only stressing on the positive role played by family in handling mental stress.

The Minister had made the remarks at the World Mental Health Day programme organised by NIMHANS in Bengaluru on October 10.

“It is unfortunate that a small part of my address out of the 19-and-a-half-minute-long speech has been taken out of context, and thereby losing out on the larger point I was trying to make,” he said in a statement on October 11.

The Minister asserted that it is widely established through research and studies that in a situation where the mental health resource is a scarcity, families form a valuable support system. “Indian society is collectivistic, and promotes social cohesion and interdependence. The traditional Indian joint family, which follows the same principles of collectivism, has proved to be an excellent resource for the care of the mentally ill,” he said.

Quoting a paper in the Indian Journal of Psychiatry, the Minister said: “Indian and Asian families are, therefore, far more involved in caring for their members. Indian families are more intimate with the patient, and are capable of taking greater therapeutic participation than in the West.”

10/11/2021 India Comments Off on Did not intend to single out women: Karnataka Health Minister
India