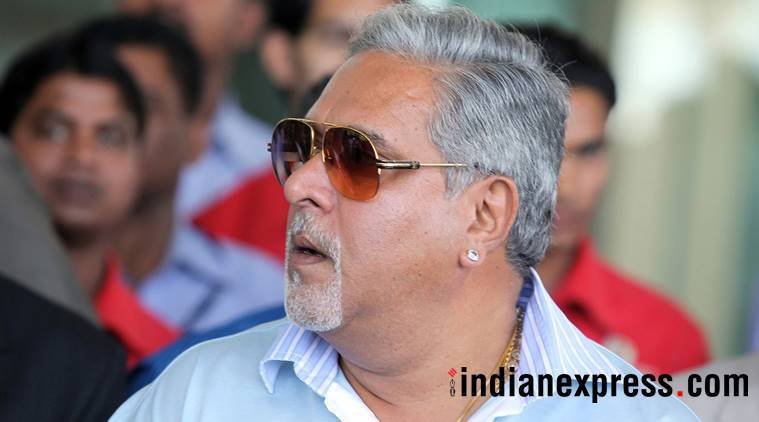 Over and above the USD 135 million, Mallya is liable to pay interest incurred at a commercial rate as well as 200,000 pounds towards legal costs. In another setback to Vijay Mallya, the UK High Court on Friday directed the embattled liquor tycoon to pay British beverage giant Diageo over USD 135 million in relation to a collateral arrangement.

Diageo is seeking a total of USD 175 million from the 63-year-old businessman and was successful in one aspect of that claim as it was awarded a “summary judgment” by Justice Robin Knowles, who dismissed Mallya’s reliance on an alleged oral promise from Diageo dating back to February 2016.

Over and above the USD 135 million, Mallya is liable to pay interest incurred at a commercial rate as well as 200,000 pounds towards legal costs.

“I have reached the conclusion that at this stage, it is clear the second claimant (Diageo Holdings Netherlands) is entitled to succeed,” Justice Knowles said, dismissing Mallya’s defence that an oral promise over-rides any claim of such a payment.

“We are pleased to have won in a clear vindication of our position,” said Dominic Redfearn, spokesperson for Diageo.

“The court was clear in rejecting Dr Mallya’s claim that there was a deal other than the one we signed. Diageo has consistently rejected those assertions. At all times through the protracted acquisition of the United Spirits Limited(USL), Diageo acted appropriately and in accordance with all legal obligations. All arrangements with Dr Mallya have been fully disclosed and accounted for,” he said.

The remainder of the USD 175 million, including USD 40 million paid directly to Mallya, sought by Diageo will proceed to trial – expected at a much later date.

Earlier on Friday, the court heard Diageo’s claim that Mallya, his son Sidhartha and two companies associated with the family are liable for repayment of the funds dating back to the company’s acquisition of a controlling stake in Mallya’s USL around three years ago.

Of the total amount claimed by the London-headquartered firm, USD 40 million is claimed directly from Mallya as the amount paid to him as part of a disengagement agreement and the remaining amount from Sidhartha Mallya and Watson Limited, a company held in a Mallya family trust called Continental Administration Services Limited (CASL).

“We are suing Dr Mallya for repayment and damages amounting to approximately USD 175 million. This is money Dr Mallya and some of his affiliate companies owe Diageo. We have always been clear that we are entitled to exercise our right to recover the sum in full,” explained Redfearn, in reference to the wider case being brought by Diageo, one of the world’s largest distillers behind brands like Johnnie Walker and Smirnoff.

The three claimants in the case, Diageo Plc, Diageo Holdings Netherlands BV (DHN) and Diageo Finance Plc, are pursuing Mallya over an agreement struck in February 2016, under which he would step down as chair of United Spirits in exchange for a financial agreement.

At the heart of Friday’s case lay an ICICI Bank loan owed by Mallya’s Watson and CASL, for which Diageo stepped in as a backstop so that it could be refinanced by Standard Chartered Bank. With some USL shares caught up in India’s Debt Recovery Tribunal action at the time, it was expected that the collateral associated with the loan could be pursued at a later stage.

“Watson and CASL’s only defence is that, prior to entering into the Deed of Disengagement, DHN promised that it would not enforce its claims until certain orders granted in India are lifted. Watson and CASL relied on an oral promise,” Daniel Toledano, the barrister for Diageo, told Judge Knowles.

Many of the transcripts were also read out in court, including one in which Mallya repeatedly urges Diageo to not “screw him” further down the line of their negotiations over the sale of the USL.

The judge in the end agreed with Toledano’s arguments, saying that transcripts when “properly and closely understood” are clear that Diageo had made no oral promise to not pursue the funds.

Diageo’s counsel went on to argue the commercial rationale behind Mallya having entered into the agreement with the beverage major, because he “stood to gain a lot financially from the deal, which is why he entered into it”.

He stressed that given the transcripts of a series of conversations presented before the court, there was no need for the case to go to a full trial and that a “summary judgment” by the judge would help save cost and delay.

Mallya’s lawyer Daniel Margolin challenged Diageo’s case by arguing that an oral promise had in fact been agreed between Mallya and Diageo CEO Ivan Menezes and other executives linked with the drinks major.

He claimed at least two conversations that took place between Mallya and the Diageo chairman at the time and another one between Indian businessman Sunil Mittal and Menezes, for which no transcripts are available, are of high relevance to the case.

“It is not appropriate to simply dismiss those conversations,” Margolin said, challenging Diageo’s attempt at seeking a summary judgment.

Meanwhile Mallya, who was not present in court and is separately wanted in India on charges of fraud and money laundering amounting to about Rs 9,000 crore, remains on bail. He awaits his July 2 oral hearing before another UK High Court judge for his appeal against his extradition ordered by UK home secretary Sajid Javid in February.