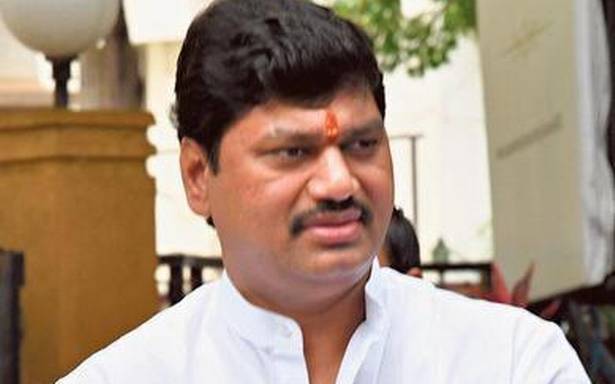 Maharashtra Social Justice Minister claims that he is being blackmailed

Maharashtra Social Justice Minister Dhananjay Munde who was on Tuesday accused of rape by a woman singer, accepted that he was having extra-marital affair with the complainant’s sister and they had two children. He however denied the rape charge. He claimed that the duo along with their brother was blackmailing him.

In her complaint, the singer accused Mr. Munde of sexually harassing her since 2006. She said the leader promised her of introducing her in Bollywood claiming to being close to film directors and producers. She said that Mr. Munde “sexually harassed her and had physical relation with her against her will”.

Mr. Munde said in a statement that he had been in a relationship with a woman outside his marriage since 2003. “My family, wife and friends knew. The woman and I have two children to whom I have given my name as a parent in all their documents. Both of them are part of my family,” he said, adding that he has been taking care of the said woman, as well as her brother by helping him in his business.

Alleging that the woman, her brother and her sister started blackmailing him since 2019, by threatening to make public private material, he said that he had already filed a police complaint and a case was at present being heard at the Bombay High Court.

“The present complaint is to blackmail me and pressure me to settle court case in her sister’s favour of which I have evidence. This is nothing but an attempt to defame, pressure and blackmail me,” he said.

The Nationalist Congress Party, to which Mr. Munde belongs to, said that it would wait for the outcome of the police probe. According to reports, a woman Assistant Commissioner of Police will be probing the complaint in which an FIR has not yet been filed.

01/13/2021 India Comments Off on Dhananjay Munde denies rape charge, says he is in relationship with complainant’s sister
TV & Movies