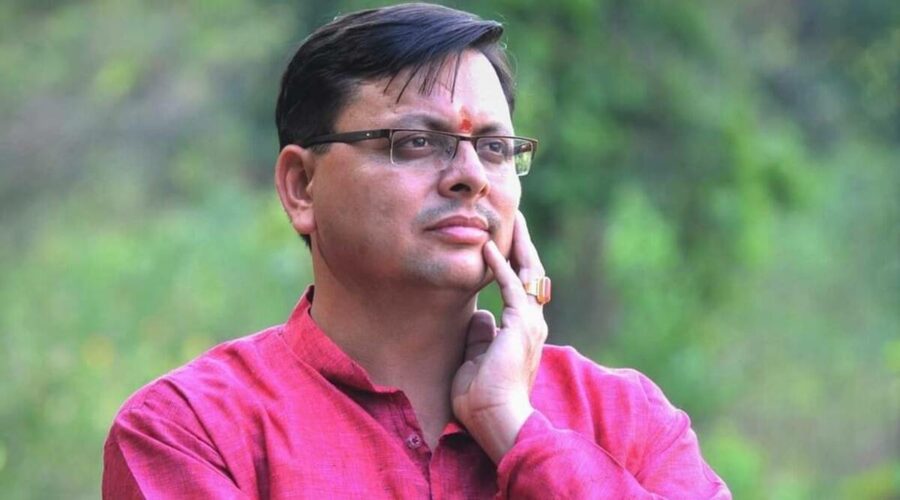 Dhami is understood to have persuaded the senior leader, whose name was among the half-a-dozen names doing the rounds until Saturday as probables for the chief minister's post. Pushkar Singh Dhami, who will take oath as the new chief minister of Uttarakhand on Sunday, met senior BJP leaders, some of whom are said to be unhappy over his appointment, ahead of the swearing-in ceremony.

Sources in the saffron party said some leaders, including Satpal Maharaj and Harak Singh Rawat, who were members of former chief minister Tirath Singh Rawat’s cabinet, are sulking since Saturday when Dhami was elected as the state BJP legislature party leader.

Chief Minister-designate Dhami met Satpal Maharaj at his residence in Dalanwala and offered him a bouquet of flowers.

He is understood to have persuaded the senior leader, whose name was among the half-a-dozen names doing the rounds until Saturday as probables for the chief minister’s post.

Satpal Maharaj was the first to leave the legislature party meeting on Saturday, even before Dhami’s election as its leader was formally announced by Union minister Narendra Singh Tomar, who was present at the meeting as a central observer of the BJP. It was interpreted as his unhappiness with the Bharatiya Janata Party’s (BJP) choice.

However, talking to reporters, Dhami said there was no resentment in the party.

Some other MLAs such as Bishan Singh Chufal, Yashpal Arya and Subodh Uniyal are also said to be unhappy with the decision to appoint Dhami as the chief minister. Their main grouse is with the party’s preference for youth over experience.

Efforts are underway by senior party leaders to assuage the frayed tempers. Nainital MP Ajay Bhatt is said to have met Chufal to persuade him, while BJP in-charge of Uttarakhand Dushyant Kumar Gautam is trying to pacify the sulking leaders at state party chief Madan Kaushik’s residence here to ensure that the swearing-in ceremony scheduled at 5 pm at the Raj Bhawan passes off without a hitch.

However, former state BJP president Banshidhar Bhagat said there is no resentment anywhere and the party is unitedly behind the high-command’s decision.