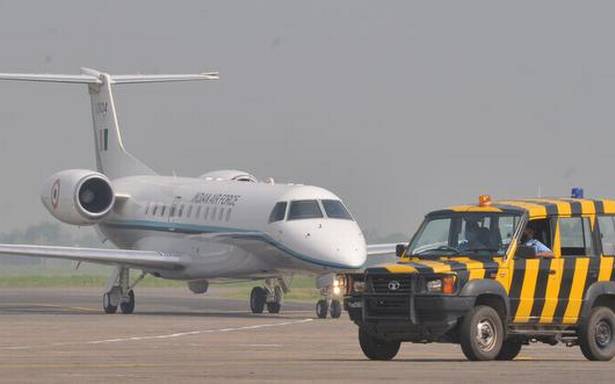 The Directorate General of Civil Aviation (DGCA) has issued elaborate guidelines to ensure highest standards of safety of aircraft owned by State Governments or other entities used for official/non-official carriage of Central, State and foreign dignitaries.

Acting on the outcome of investigation of accidents/incidents involving such aircraft operations, the aviation watchdog said there was a need for harmonisation of requirements and guidelines. “It is essential that adequate measures are taken by all concerned to ensure the highest standards of safety for operation of such flights,” the DGCA said in a safety advisory.

It said twin-engine aircraft with good operational capability, reliability and easy maintainability characteristics should be used and its operations should be in accordance with the Aircraft Rules and instructions issued from time to time.

Before commencement of such flights, the Pilot in Command should familiarise himself with necessary meteorological information required for the intended flight. In case of flights over water flooded areas, the pilots were told to ensure that appropriate survival kit was available for each person on board and that prior to the commencement of such flights, the passengers are suitably briefed for proper use of the kits in the event of an emergency.

“For every flight under Instrument Flight Rules, the Pilot should study the current weather reports and forecast and plan alternative courses of action to provide for the eventuality that the flight may not be completed as planned because of weather conditions. In case meteorological observations and weather forecasts are not available at the point of departure, the pilot shall obtain the same from the nearest meteorological office through telephone or police wireless network or any means he considers fit,” the advisory said.

Laying emphasis on the possession of ‘Certificate of Airworthiness’, the DGCA said the aircraft should be inspected and certified prior to flights by the Aircraft Maintenance Engineer. Defects in the aircraft, engines and its instruments or equipment reported by the Pilot in Command or detected during inspection on ground should be rectified and certified by an appropriate licenced engineer before commencement of the next flight.