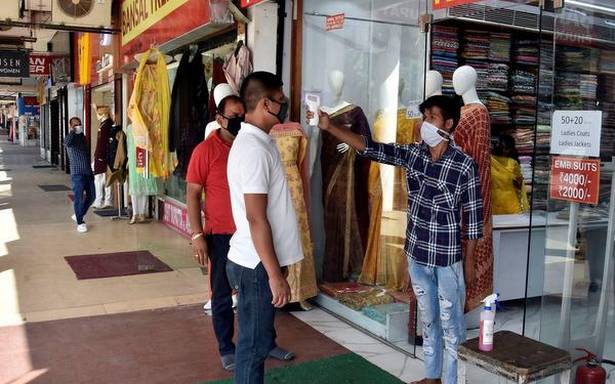 61% of samples from UT found to contain variant, says PGIMER

The Chandigarh-based Post Graduate Institute of Medical Education and Research (PGIMER) on Monday said that during the second COVID-19 wave, the Delta variant (B.1.617.2) and Alpha variant (B.1.1.7) were found to be present among 61% and 30% of the samples respectively, which were sent for whole genome sequencing to the National Centre for Diseases Control in New Delhi.

Director of PGIMER Professor Jagat Ram said the majority of these samples (92%) belonged to residents of Chandigarh. “Thus, during the second wave in UT Chandigarh, the Delta strain was the main circulating strain,” he said.

“Department of Virology, PGIMER has been carrying out the COVID-19 testing by RT-PCR since March 2020 and till date more than 2.5 lakhs samples have been tested. To study whether there was any change in the circulating strain in Union Territory-Chandigarh during the second wave, 25 stored positive samples of the period May 5, 2021 to May 24, 2021 were sent for whole genome sequencing to NCDC, New Delhi,” he said.

Mr. Ram advised people to adhere to COVID appropriate behaviour and also to opt for vaccination in increased numbers to break the transmission chain completely and to halt the impending threat of third wave keeping in view the emerging and fast spreading delta and delta plus variant. “A major sign of relief is the cooling down of the second wave and the total toll of positive patients is low in UT Chandigarh but still, there is no room for complacency,” he said.