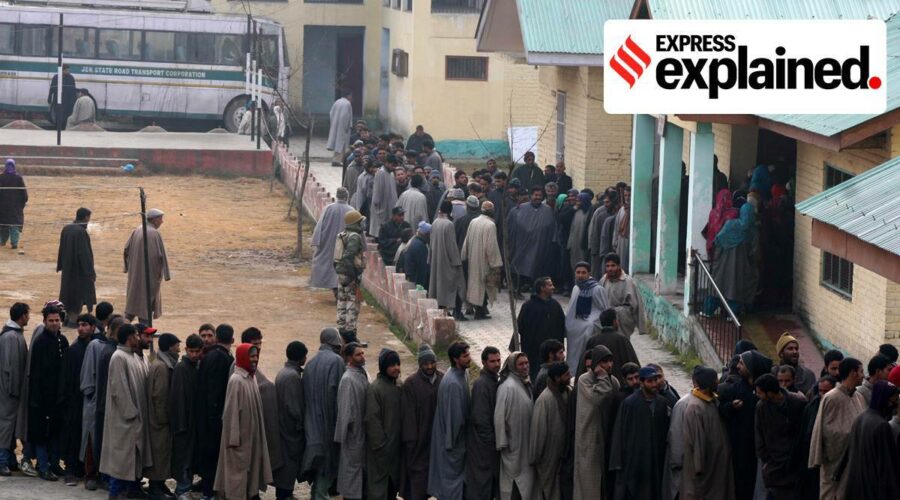 For Assembly elections to be held in the new UT, delimitation of seats will be necessary. With the Centre having called for a meeting, a look at how delimitation is carried out, and the status of the exercise in Jammu and Kashmir. 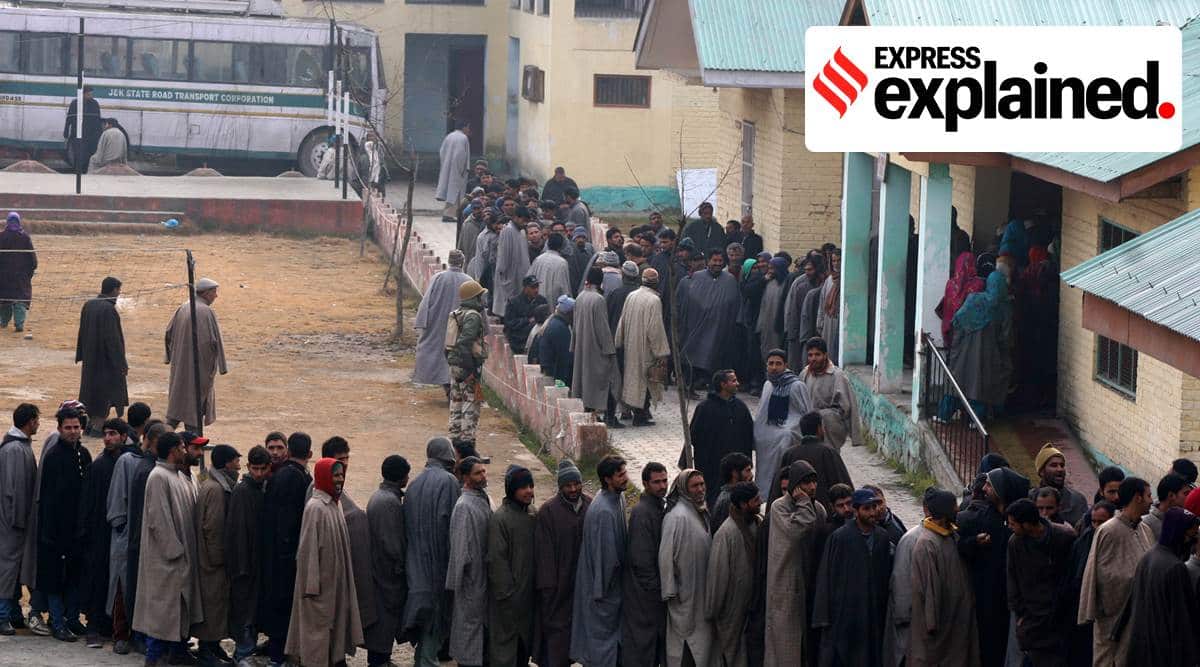 The Union government’s invitation to 14 key political leaders from Jammu and Kashmir for a meeting with the Prime Minister in the national capital this week has led to speculation about possible scheduling of the Assembly elections. On Independence Day last year, Prime Minister Narendra Modi had said elections would be held in J&K after the delimitation process in the Union Territory was over. Delimitation is crucial for kick-starting the political process in J&K.

What is delimitation and why is it needed?

Delimitation is the act of redrawing boundaries of an Assembly or Lok Sabha seat to represent changes in population over time. This exercise is carried out by a Delimitation Commission, whose orders have the force of law and cannot be questioned before any court. The objective is to redraw boundaries (based on the data of the last Census) in a way so that the population of all seats, as far as practicable, be the same throughout the State. Aside from changing the limits of a constituency, the process may result in change in the number of seats in a state.

How often has delimitation been carried out in J&K?

Assembly seats in J&K were delimited in 1963, 1973 and 1995. The last exercise was conducted by the Justice (retired) K K Gupta Commission when the state was under President’s Rule and was based on the 1981 census, which formed the basis of the state elections in 1996. There was no census in the state in 1991 and no Delimitation Commission was set up by the state government after the 2001 census as the J&K Assembly passed a law putting a freeze on the fresh delimitation of seats until 2026. This freeze was upheld by the Supreme Court. The J&K Assembly, at that time, had 87 seats — 46 in Kashmir, 37 in Jammu and 4 in Ladakh. Twenty-four more seats are reserved for Pakistan-occupied Kashmir. The freeze, some political parties argue, has created inequity for Jammu region.

Why is it in the news again?

After the abrogation of J&K’s special status in 2019, delimitation of Lok Sabha and Assembly seats in the newly-created Union Territory would be as per the provisions of the Indian Constitution. On March 6, 2020, the government set up the Delimitation Commission, headed by retired Supreme Court judge Ranjana Prakash Desai, which was tasked with winding up delimitation in J&K in a year. As per the Jammu and Kashmir Reorganisation Bill, the number of Assembly seats in J&K would increase from 107 to 114, which is expected to benefit the Jammu region.

What is the status of the Delimitation Commission set up in 2020?

Although the Commission was tasked to finish delimitation in a year, on March 4 this year, it was granted a year’s extension. This was done on the request of the panel members since it couldn’t make much progress due to the Covid-19-induced shutdown across the country. Moreover, J&K State Election Commissioner Sharma was appointed only on October 30 last year, following which he was busy with the District Development Council (DDC) polls in J&K that concluded last December. So, in effect, the Commission could start functioning properly, with all members in place, only this year. In February, it called a meeting of its five associate members, of who just two attended.

Early this month, the Election Commission wrote to Deputy Commissioners of all 20 districts in J&K seeking fresh information on several aspects including population density and topography in all the districts and Assembly constituencies. All districts have shared information. “This was done to study the geographical spread of the Assembly seats, to see whether a seat is within one district or spread over several districts,” said a source.

What has been the political response been so far?

The Commission’s work got off an a rocky start when its meeting in February with the five associate members (who are meant to be elected representatives from the UT) was attended by just two. And these two members were Dr Jitendra Singh and Jugal Kishore Sharma of the BJP. National Conference MPs Farooq Abdullah, Mohammad Akbar Lone and Hasnain Masoodi refused to participate, stating that the Jammu and Kashmir Reorganisation Act of 2019 was “palpably unconstitutional” and that till the time the Supreme Court decides the constitutional validity of this law, no decisions (read delimitation) emanating from the Act should be implemented.

However, with the National Conference recently indicating that it is open for dialogue with the Union government on J&K, the members of the Delimitation Commission are hopeful the three associate members from the party may also attend the next meeting of the Commission whenever it is scheduled.

06/22/2021 India Comments Off on Delimitation in Jammu and Kashmir: how, why
India