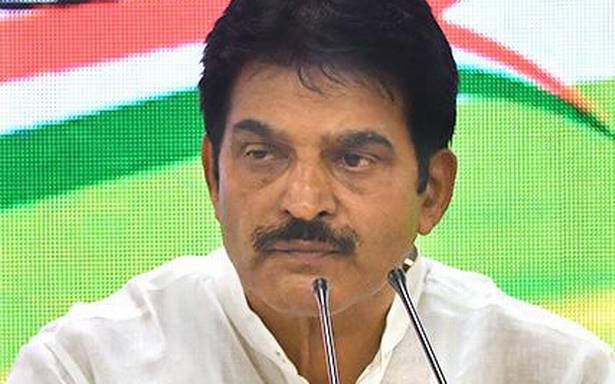 Defeating the Bharatiya Janata Party (BJP) without the Congress can only be a dream for regional parties, party general secretary K.C. Venugopal said on Wednesday after West Bengal Chief Minister Mamata Banerjee’s assertion that the BJP can be defeated if all regional parties come together.

The Trinamool Congress (TMC) chief, who is on a political visit to Mumbai, not only asserted the power of the regional parties but also declared that the Congress-led United Progressive Alliance (UPA), of which TMC was a part at one point, no longer exists.

“Everybody knows the reality of Indian politics. Without Congress, if anybody thinks of defeating the BJP is only a dream,” Mr. Venugopal told news agency ANI, without elaborating.

But the latest exchange only adds to the on-going tension between the Congress and the TMC after the latter’s ambitious expansion plans across the country that involved inducting Congress leaders. While they made former Goa Congress leader, Luizinho Fernandes, a Rajya Sabha member and face of the party ahead of the Goa Assembly elections, the party became the principal Opposition party in Meghalaya after 12 Congress MLAs including former Chief Minister Mukul Sangma joined it.

In the on-going winter session of Parliament too, cracks in the Opposition are visible as the TMC has refused to be part of the joint Opposition meetings convened by veteran Congressman and Leader of the Opposition in the Rajya Sabha Mallikarjun Kharge.

12/01/2021 India Comments Off on Defeating BJP without us is a dream, Congress tells Mamata Banerjee
India