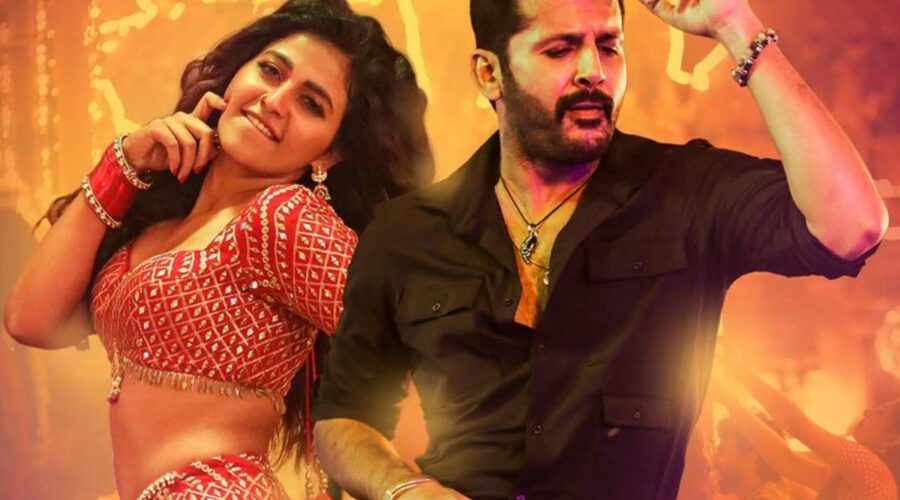 Macherla Niyojakavargam is an upcoming Telugu film which has Nithiin in the lead role.  In this film he is playing the role of IPS officer first time.  Krithi Shetty of Shyam Singha Roy and Uppena is playing the female lead. Anjali is on the board to shake a leg for the item song Ra Ra Reddy. Few days ago, the makers released the promo of Ra Ra Reddy that received superb response by the movie lovers. During the song launch, Anjali expressed her happiness for doing second special number.

Anjali revealed that Ra Ra Reddy is very special song for her. She did another special song, after Blockbuster. It’s a heavy number. She is very happy that, everyone is talking about this song.

On the otherside, Nithiin also opened up about this song and said, “ It’s my first time with Anjali.  The actress Anjali is very co-operative and she danced, besides knee injury.

MS Raja Shekhar Reddy is  helming Nithiin starrer Macherla Niyojakavargam  which is bankrolled by Sudhakar Reddy and Nikitha Reddy under Sreshth Movies banner in association with Aditya Movies. Prasad Murella handles the cinematography and Kotagiri Venkateswara is the editor.