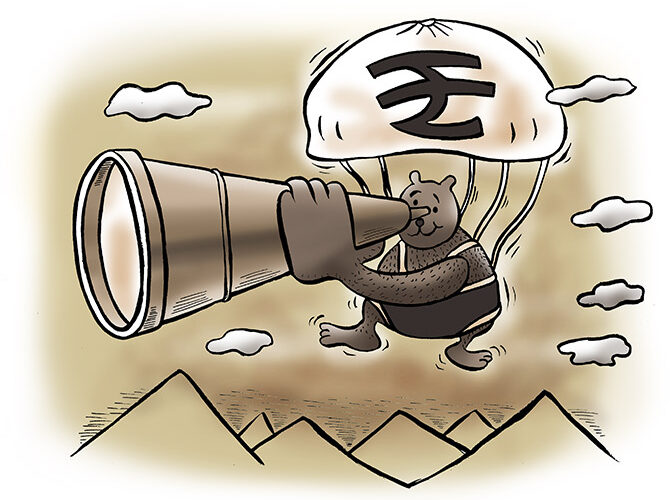 Debt as an investment avenue for the wealthy has been attracting more assets than equity.

The portfolio management service (PMS) industry, whose services require a minimum investment of Rs 50 lakh, has seen a 4.4 per cent decline in equity assets since March 2022.

Debt assets are up 11.7 per cent. The steady pace of debt addition has meant debt accounts of four of every five are managed by PMS providers.

Equity assets were on a roller-coaster ride during the pandemic. They fell 16 per cent between March 2019 and March 2020 amid a global stock market rout in the initial days of the Covid-19 pandemic. The next year saw a bounce as assets grew 73.1 per cent as of March 2021.

The growth rate more than halved to 32.5 per cent by March 2022, and has been in the red for seven months.

The data is released with a lag and the latest is as of November 2022.

Debt assets have grown at a steady clip. The growth rate since March 2019 has ranged between 10 per cent and 15 per cent. The sharpest rise was seen in March 2020 in the midst of a general shift towards safer assets.

The PMS segment debt assets rose 19.5 per cent for the year ended March 2020. Growth on an even keel has meant that the total debt assets are now worth Rs 21.1 trillion. This is the equivalent of 80.4 per cent of overall PMS assets.

The asset share as of end-March shows the debt share remained below 80 per cent since 2019, except during the panic month of March 2020. The share of debt had then touched 81.5 per cent, even as equity markets fell sharply.

A large volume of debt is because of investments made by the Employees’ Provident Fund Organisation, says Daniel G M, founder-director, PMS Bazaar.

Regulatory data shows that PF money accounts for Rs 19.5 trillion of the total Rs 26.3 trillion in PMS assets. They typically invest this capital in government securities.

But there are some PMS debt schemes which also invest in listed and unlisted debt papers in a portfolio tailor-made to the customer’s risk appetite, similar to how equity PMS schemes work where smaller or riskier companies are often included, depending on customer comfort, according to Daniel.

“The portfolio manager is capable of building customised portfolios, based on client requirements,” he says.

“The outlook for PMS debt schemes is likely to be positive in the immediate future,” says Swapnil Pawar, chairman of alternative asset management firm Scient Capital, which manages money under debt PMS.

The end of the rate-hike cycle could provide opportunities to generate good returns, which could be better captured by a debt PMS scheme than a dynamic debt scheme from a mutual fund, he adds.

“The PMS scheme is usually more nimble and better placed to generate superior returns from the opportunities in debt,” says Pawar.

“The next two to three years for debt are solid,” he adds.