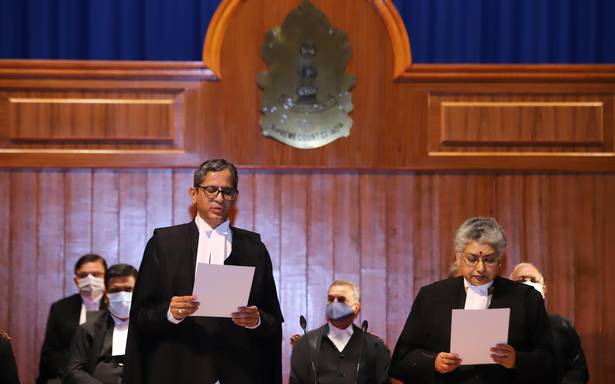 Three of the nine new judges sworn into the Supreme Court (SC) of India on Tuesday, August 31 are women. The elevation of the three women judges is significant as the share of women has always remained poor in the judiciary. The first-ever woman judge in the SC was appointed in 1989, 39 years after the apex court came into existence. Since then, only 10 women, including those sworn in on Tuesday, have become judges in the apex court. Representation at the High Courts (HC) has been no better, with only 11% of the judges being women. The lower judiciary fares slightly better.

The chart shows the serving women judges (in red), retired women judges (in lighter shade of red), serving men judges/Chief Justices (in grey) and retired men judges/Chief Justices (in light red) of the SC according to their year of appointment as of August 31. Only 11 of the 256 judges (4.2%) who have served/ are serving at the apex court were/are women. Four out of the 33 judges (12%) currently serving are women.

Women’s representation in the judiciary is slightly better in the lower courts where 28% of the judges were women as of 2017. However, it was lower than 20% in Bihar, Jharkhand and Gujarat. The map shows the State-wise % of women judges in the lower courts.