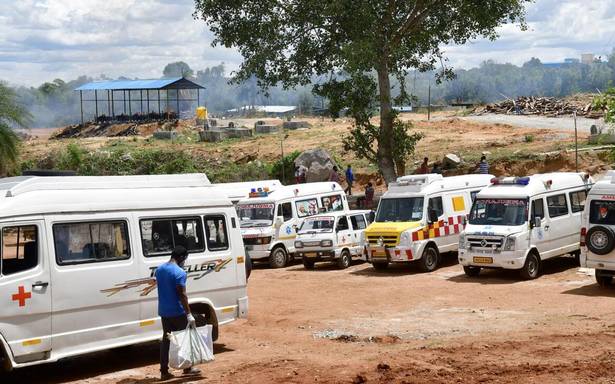 India recorded its highest single-day spike of 4,529 COVID-19 deaths on Tuesday, May 18, 2021, registering the highest single-day spike in fatalities for any country since the beginning of the pandemic. Even as the daily case count shows signs of a decline, daily recorded fatalities due to the virus continue to rise. Maharashtra continues to register the highest share of the country’s new deaths, though deaths have sharply reduced. The share of States such as Karnataka and Tamil Nadu to the death count are on the rise.

As many as 4,529 new deaths were recorded in the country on Tuesday, May 18. Daily recorded deaths have crossed the 4,000-mark in only nine instances since the beginning of the pandemic in India and all of them were after May 6, 2021.

Highest in the world

The table lists the share (%) of recorded new COVID-19 deaths in the 15 high-burden States. For instance, between May 1 and 17, Maharashtra accounted for 20.4% of the country’s new deaths, while Karnataka accounted for 10.2%. While Maharashtra’s share in new deaths has decreased significantly since mid-April, Karnataka’s and Tamil Nadu’s share have increased sharply in May.