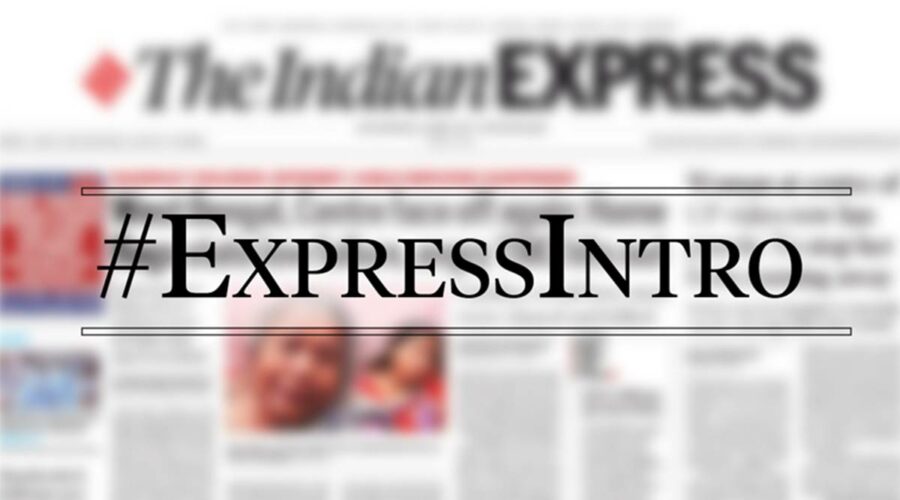 From the latest on the second wave of the coronavirus pandemic, to the voter turnout during the Assembly Elections in four states and one Union Territory. Here are today's top stories. Pouring cold water on hopes of opening up Covid vaccination for all age groups, the Centre said the aim was to protect the vulnerable population and to vaccinate “those who require it”, not those who “want it”. It said the next four weeks will be “critical”. On Tuesday, India recorded the highest number of vaccinations in a single day so far: 43,00,966.

In part-2 of The Indian Express investigation into how the draconian National Security Act is being abused in Uttar Pradesh over the last two years, we look at how the Allahabad High Court struck down NSA detention orders in all the 20 cases related to communal incidents. All the accused were from the minority community — and in at least four cases, the court took on record submissions that flagged this fact.

On April 24, Virtual Courtroom number one will see a new incumbent presiding as the Chief Justice of India (CJI). Justice N V Ramana, the most senior judge of the Supreme Court after Chief Justice S A Bobde, will hold the post until August 26, 2022. We trace his journey from a journalist for a Telugu newspaper to his elevation as the new CJI.

Hitting out at those who call the BJP a mere “election winning machine”, Prime Minister Narendra Modi, addressing party workers on its 41st Foundation Day, described the party as a “continuous and relentless campaign to win the hearts of the people in the country”. He also warned party workers against what he called “false narratives” on the CAA (Citizenship Amendment Act), farm laws and labour laws in order to “create political instability”.

The  Maharashtra government and its former home minister, Anil Deshmukh, in separate pleas before the Supreme Court, challenged the Bombay High Court’s direction to the CBI to probe the corruption allegations levelled against him by former Mumbai Police Commissioner Parambir Singh. However, the CBI formally initiated a preliminary enquiry the same day.

Ever since her son was allegedly shot dead by an Army sentry in Jammu and Kashmir 16 years ago, 74-year-old Santoshi Kumar has been fighting a lonely battle, running from one office to the next in search of answers. What’s most intriguing to her is that the J&K police did not file an FIR after her son was killed, instead initiating inquest proceedings under Section 174 of CrPC and five years later, closing the case describing the death as an accident.

US Special Presidential Envoy for Climate Change John Kerry said that India’s global leadership has been critical in delivering Covid-19 vaccines to the world, adding that the country is “getting the job done” on climate. “You are indisputably a world leader already in the deployment of renewable energy,” Kerry said.

Voting for more than 750 constituencies spread across four states and one union territory concluded on Tuesday. While voter turnout in Assam stood at 82.33%, Kerala recorded 74.02%. Meanwhile, 71.79% voters cast their ballot in Tamil Nadu, 77.68% in West Bengal, and 81.64% in Puducherry.

The South 24 Parganas district, bordering Kolkata, is a TMC bastion, with the party sweeping the area in the 2016 Assembly elections, and holding on to Assembly segments and seats even as the BJP rose in 2019. The BJP is now competing not only to influence voters through its campaign, but also create a parallel organisation that can compare.

“Ayyappa, and the legion of Devas are with the LDF because this Government stood with the people in crisis.” Kerala Chief Minister Pinarayi Vijayan’s remark referring to the Sabarimala temple issue — which had become a flashpoint in Kerala during the 2019 Lok Sabha polls — sparked a war of words between the LDF and Opposition parties in the state. “He is seeking support from God, fearing defeat,” Congress leader Oommen Chandy retorted.

After author Taslima Nasreen tweeted that Moeen Ali would have joined the Islamic State had he not pursued cricket, the cricket world reacted with outrage. Moeen’s father Munir Ali speaks about the hurt it has caused and how his son has broken stereotypes while following his heart and faith. “If she looks in a mirror, she will know what she tweeted is what is fundamentalist – a vicious stereotype against a Muslim person, a clearly Islamophobic statement,” Munir Ali said.

Delhi Confidential: Of late, whenever PM Modi addresses party workers, he gives them a task. On the birth centenary of BJP ideologue Deendayal Upadhyay, he asked them to make a list of Indian-made stuff and foreign-made material they use in their daily lives. Later, he asked them to come up with suggestions for his upcoming interaction with students on examinations. 04/07/2021 India Comments Off on Daily Briefing: ‘Covid vaccine for those who need it, not want it,’ says Centre; Justice NV Ramana to be sworn in as CJI on April 24
TV & Movies