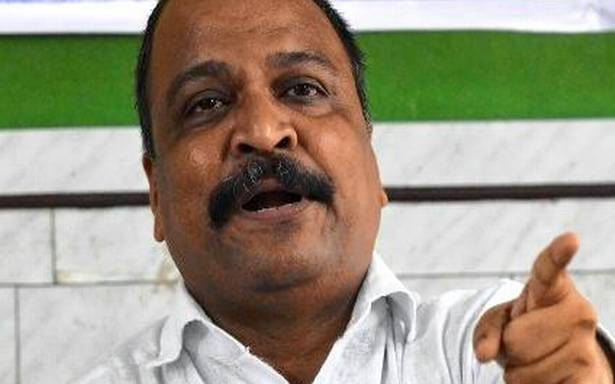 Advocate Sanjiv Punalekar, national secretary of the Hindu Vidhidnya Parishad, an offshoot of the Hindu Janjagruti Samiti, and Vikram Bhave, who worked at Punalekar’s office, were arrested by the CBI here on Saturday in connection with the 2013 murder of rationalist Narendra Dabholkar.

Dr. Dabholkar was shot dead on August 20, 2013, in Pune by two bike-borne assailants.

Sources in the CBI, which took over the case, said they had found prima facie evidence of their involvement.

“Bhave was involved in doing a recce before the murder, along with Sachin Andure and Sharad Kalaskar, who were arrested earlier,” a CBI officer said.

Punalekar is the defence lawyer for some of the accused in the Thane, Vashi and Malegaon blasts.

Kalaskar told CBI officers that the weapons used in the murder were with him till September 2018. Fearing arrest, he allegedly approached Punalekar, who advised him to throw them into the Kharegaon creek in Thane. The CBI will now recover them after clearance from agencies, including the Navy.

Sources said Kalaskar, a key accused in the murder of journalist-activist Gauri Lankesh, mentioned the same in his confessional statement to the Karnataka Special Investigation Team probing the murder under the Karnataka Control of Organised Crime Act, 2000. “Sanjiv Punalekar asked me to dismantle the country-made pistols used in the crimes and get rid of them. He also asked me dispose of the bike used in the murders,” he had said.

The crimes he referred to were the murders of Dr. Dabholkar, Govind Pansare, M.M. Kalburgi and Gauri Lankesh, SIT officials said. The statement said that as per Punalekar’s advice, he and Vaibhav Raut dismantled and threw away five country-made pistols into the river from the bridge at the Vasai creek on the night of July 23, 2018. The CBI and the SIT are working to dredge the creek to recover them.

The statement said Mr. Punalekar had enquired a lot about the Dabholkar case with him at the same meeting at the advocate’s office and later told him not to worry as others had been chargesheeted.