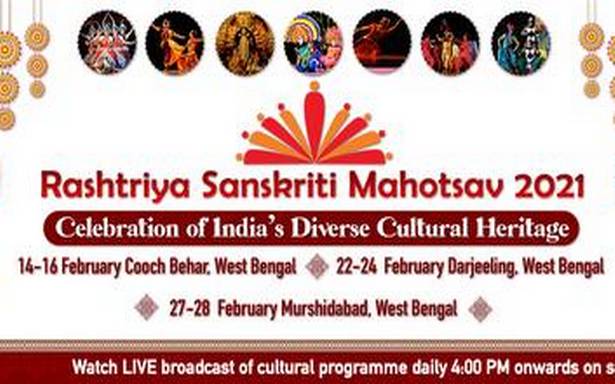 The 10th edition of the festival was held in Madhya Pradesh in October 2019.

The Union Culture Ministry’s flagship festival, the Rashtriya Sanskriti Mahotsav (RSM), will be held in West Bengal this time, with the inauguration at Cooch Behar Palace on Sunday, the Ministry said in statement on Saturday.

“This RSM which is being organised in West Bengal will enhance mutual understanding and bonding between people of diverse cultures, thereby securing stronger unity and integrity of India,” the Ministry said.

“This RSM assumes more significance as it is taking place as we are emerging out of the COVID-19 pandemic which has severely impacted the cultural sector. Through this event, the Ministry endeavours to provide the much-needed support and assistance to the artists as well as the confidence that cultural functions can be now organised taking into account all necessary precautions,” the Ministry said.

The 10th edition of the festival was held in Madhya Pradesh in October 2019.