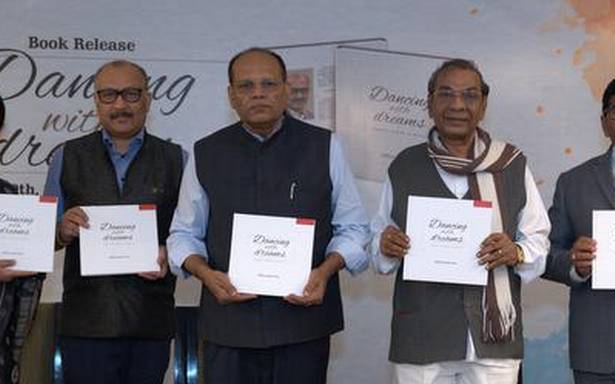 The book contains 40 poems revealing the creative side as well as philosophical, spiritual and humane sides of the AP Chief Secretary. The Chief Secretary said that the collection not only captivates the readers’ minds but give subtle hints about the mind of the poet who was in a journey to explore himself from within.

He said that Mr. Das hailed from the land of Mithila, which gave birth to famous poets like Vidyapathy, and the seeds should have certainly been inculcated into his genes.

Mr. Das said that many of the poems were written during his college days, when communication was in human form rather than through technology like the present day. Revealing his spiritual side, he said that God was like a passcode that would solve all the puzzles of life and he tried to look into the eyes of God through poetry. He said the most difficult journey was to connect with oneself than connecting with others or the world.

Former Telugu University vice-chancellor N. Gopi said that poetry would enlighten life and this was the reason that a poet is more human in his day-to-day affairs. Publisher and editor Ram Prasad welcomed the guests while former Sahitya Academy secretary K. Satchidanandan addressed the gathering through video message.