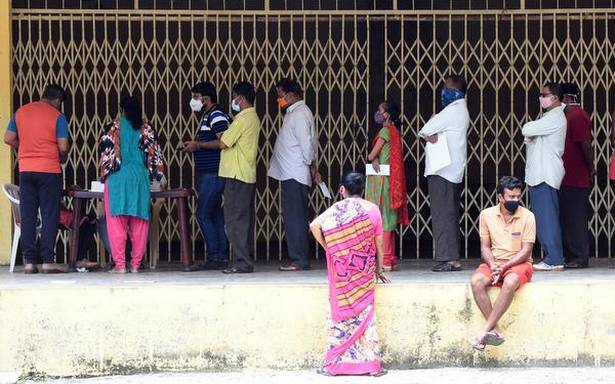 From a time when no amount of coaxing convinced people enough to take the jab, to a situation where demand outdoes supply, the vaccination story has come full circle. After a faltering start to the campaign to vaccinate the huge population in the 18 to 44 year age group, the process picked up in tremendous proportions amidst the second wave of COVID-19. This, despite the fact that only paid doses are available in private hospitals.

Today, private hospitals say the response from this age group is largely positive. Corporate companies and resident communities are inviting them to set up vaccination camps. The irony, though, is that the availability of vaccines is not always a given.

A look at the data of the Department of Health and Family Welfare on Saturday shows that 1.49 crore people have been vaccinated in Karnataka from January 16, 2021. Of these, 18.9 lakh are between 18 and 44 years who have got the first dose and 2,785 in the age group have got the second dose.

But Health Department officials admit there is a long way to go, given that the target for the age group is a massive 3.26 crore. These figures include frontline and healthcare workers.

There is also no clarity on when the State will throw open vaccination to everyone in the age group. At present, the government has opened up facilities for priority groups in this age group, while private hospitals are vaccinating those between 18 and 44 in addition to those above 45. Health Department officials say that private hospitals have been contributing significantly to push up the overall numbers.

Private hospitals agree. Sunil N, senior marketing officer, Fortis Nagarabhavi, says due to the second wave, which caused an atmosphere of fear with higher infection rate and fatalities, the number of appointments went up significantly. “Before the second wave, even when the vaccine cost was ₹ 250, people would not come. Now, we see around 300 per day, and 200-250 are in the 18-44 age group,” he says. However, there are no stocks available now of either Covaxin or Covishield.

On-site vaccination is seeing a lot of demand, he adds. “Over the past 15-20 days, there has been tremendous demand for it. Now stocks are less, so fewer camps are happening. Earlier, we would have four teams on a single day conducting on-site camps. At present, it’s down to one or two with reduced stocks. Otherwise, we were vaccinating close to 250 to 300 people per camp,” Mr. Sunil said, adding that on-site vaccinations are charged a higher rate.

Govindaiah Yatheesh, Unit Head-Apollo Speciality hospital, Jayanagar, said the increasing number of fatalities among youngsters also pushed people forward to get themselves vaccinated. “Now, there is awareness that vaccination is important. They have seen that people who have got vaccinated have not got a major illness,” he said.

With the high level of mobility in this age group, it is essential to have them vaccinated along with the rest of the population, he adds. However, he acknowledges that vaccine shortage will continue for some time till the second dose is completed for a majority of the population covered in the earlier phase of vaccination.

06/06/2021 India Comments Off on COVID-19 vaccination: Demand from 18-44 age group picks up in private hospitals in Karnataka, but stocks low
India